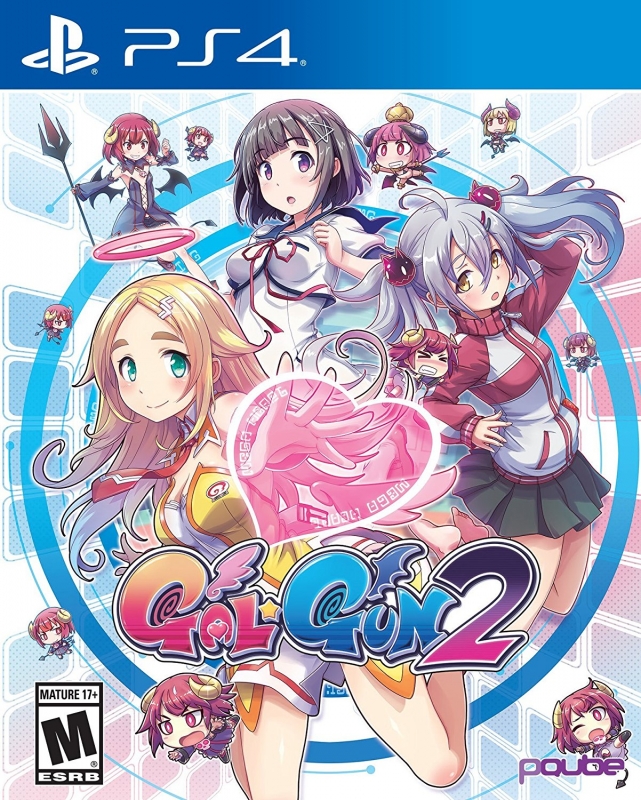 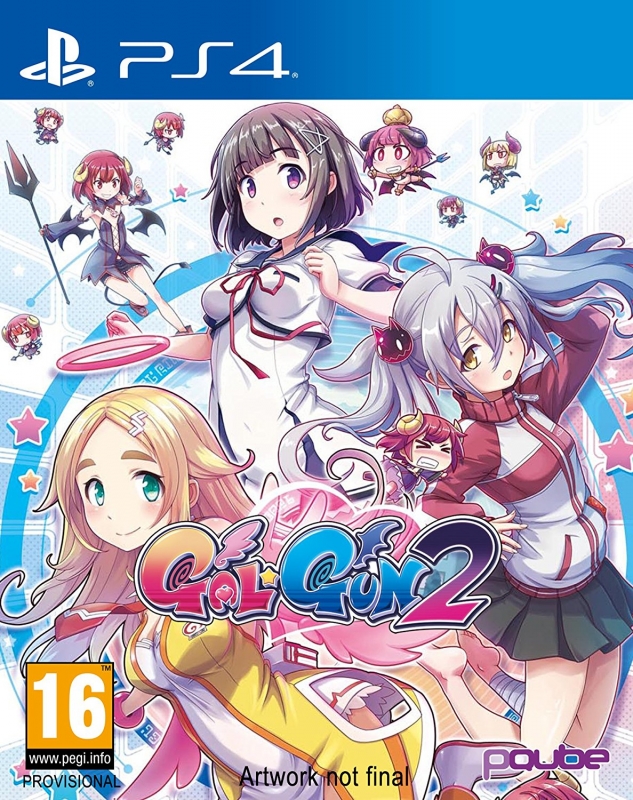 A watered-down version and disappointing sequel. 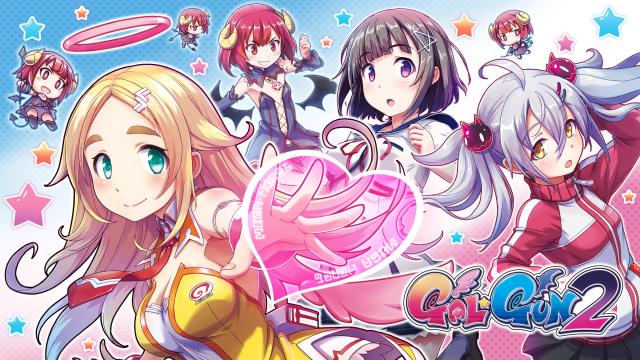 After Gal Gun Double Peace sold 100,000 units worldwide on PS4 and PS Vita, the series proved that it had definitely become a strong contender in the niche market of sexy-centric games. Going really far in terms of sexual innuendo, it garnered a solid reputation among fans of the genre. Two years later, can Gal Gun 2 pick up the torch and run with it?

The story begins as the protagonist (the player; everything is seen in first person view) receives a mysterious package in his classroom. The mail contains some sort of virtual reality headset, and once on your head, a cute angel called Risu appears and begs you to help her. 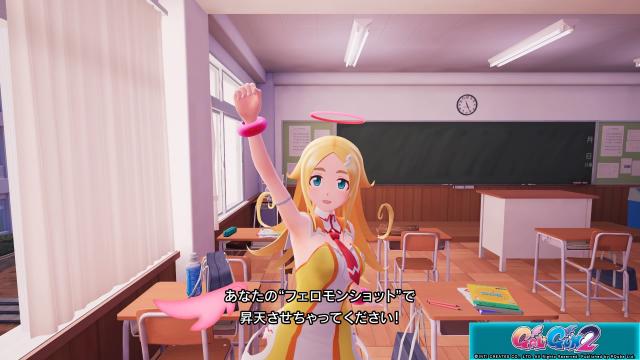 Risu works for a firm in the Heavens called Angel Ring company, which is developing gear used to hunt demons in the human world. Risu wants you to get rid of the demons dwelling in the school within a month. You have no particular choice, since you'll never be able to remove the headset if you don't accomplish the task. Also, your gear has an un(?)desirable side effect - it makes you super attractive, so much so that all of the girls in the school will pursue you. 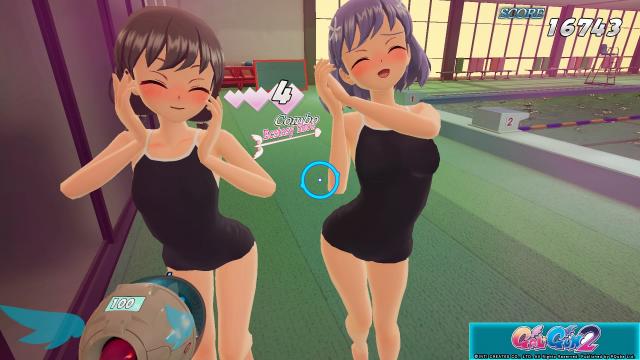 Gal Gun 2 is a first person shooter in which you shoot... girls. In most levels, girls will come at you with love letters, jump at you to kiss you, and so on. Such actions will make you lose stamina and eventually faint, leading to a game over screen if you don't fight back. Relax, though, you're not hurting anyone - your strange equipment fires pheromones that will quell the girls' excitement and halt them in their rampage.

Inti Creates developers have clearly stated in interviews that, with Gal Gun 2, the gameplay was intended to evolve and move away from being a rail shooter. After clearing the game three times, however, I can say that this is obviously not the case. It plays basically the same way as Gal Gun Double Peace, but instead of your character progressing automatically through the stage, you move to a new position by pointing at the protagonist's silhouette after you've cleaned an area. That absolutely doesn't change the fact that you follow a predetermined and linear path. There is none of the freedom implied by Inti Creates' statements. 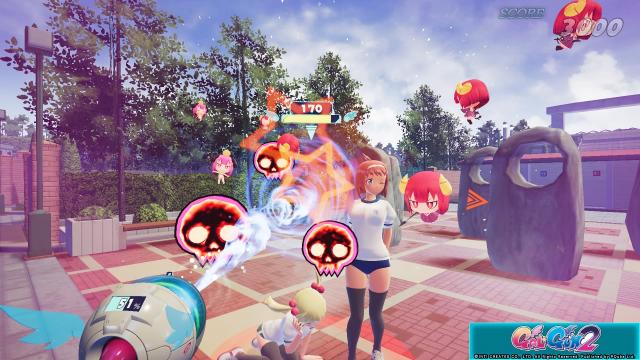 There are five types of mission in Gal Gun 2: demon hunting, defense, search, purifying, and boss fights. Demon hunting has you progressing within a specific part of the school (cafeteria, pool, gymnasium, etc.), repelling girls and shooting the small demons which have taken over their minds. In short it's your average Gal Gun gameplay. Defense tasks are about protecting one or several classmates from the mini-demons coming at them. You can either shoot the demons or suck them up with a vacuum cleaner-looking device Risu gives you. In searching missions, you have to find a couple of items hidden parts of the room; and in purifying you have to shoot one of the main heroines from different angles to expel the demons within her. None of the new mission types are particularly exciting, nor do they introduce interesting novelties.

Another disappointing change is that all of the challenging or scoring aspects that were in Gal Gun Double Peace have been scaled back. In that game, you were awarded a score depending on your time, accuracy, damage taken, and various other stats, and this was linked to your progression, driving you to try your best. In Gal Gun 2, there's a score attack mode that is completely separated from the main story, and there's little incentive to actually try it. Every girl still has a weak point (head, chest, waist, or legs) that allows you to one-shot “kill” them, but it doesn't really matter since the difficulty is set very low. Boss battles are also very similar, regardless of the character you're up against. Here, again, Gal Gun Double Peace was superior and featured very different types of encounters. 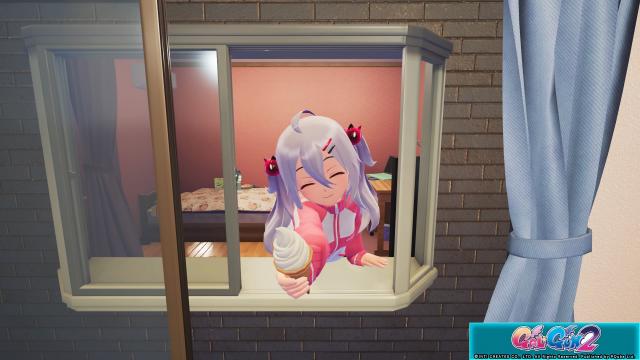 Gal Gun 2's best asset is its characters. There are four main heroines, each one as nutty as a fruitcake. That guarantees unique and hilarious talk during the frequent chit-chat you'll have with them. Risu's professional issues, for example, lead to a couple of excellent jokes. Chiru, a reclusive girl constantly playing or reading in her room, has some brilliant lines too when it comes to geeky stuff. The game also contains several character routes and six different endings, which ensures a good amount of replayability. In order to reach the ending you want, you simply need to pay attention to your answers and give the girls plenty of sweets. This is far less sophisticated and difficult than in the previous game, but I think that's actually a good thing since the endings in Gal Gun Double Peace were a pain to unlock. 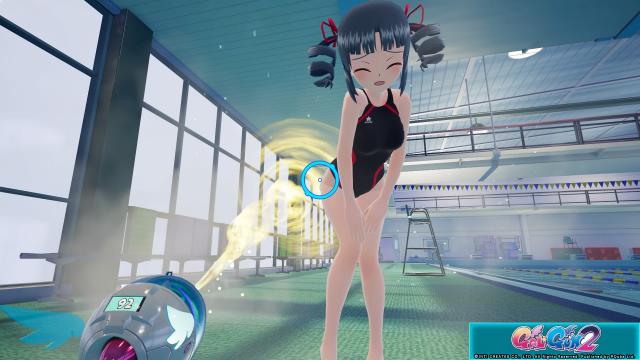 Yet Gal Gun 2 doesn't really live up to the series in terms of character events. They're much more generic and there's also less interaction than before. The equivalent scenes in Gal Gun Double Peace, which were considerably naughtier, included lots of risqué situations. There definitely aren't as many such scenes in this sequel, nor are they as exciting. There are some new additions, like being able to strip any girl when your sweeper is upgraded, or the possibility to call any of them out in your preferred part of the school. But even in such sequences you have very few interactions to choose from, a lot less than in PS Vita's Senran Kagura Shinobi Versus, for example. Surprisingly, the game is also lacking a gallery mode, and some illustrations seen in the opening are not featured in the game during the indicated scenes. 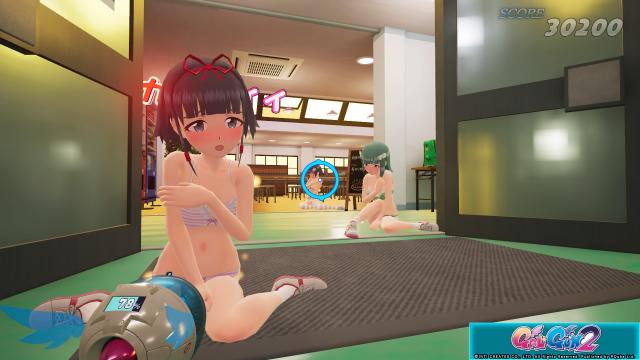 Another significant letdown is that Gal Gun 2 shows arguably weaker modelling than Gal Gun Double Peace, despite the developer insisting on Unreal Engine 4. Some 3D character models (including main heroines) look seriously rough, although they do display more convincing facial animations. Ultimately, and looking back at screenshots of Gal Gun Double Peace, the previous title is better-looking overall.

Sadly, Gal Gun 2 seems to be nothing but a watered-down version of Gal Gun. Less content, less visually attractive, less daring in its fan-service, and less challenging, it left me wondering what happened to the evolutions promised by Inti Creates. Some series fans might like it, but they won't find a Gal Gun experience at its fullest.

This review is based on a digital copy of Gal Gun 2 for the PS4, provided by the publisher.