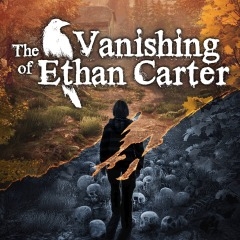 The Vanishing of Ethan Carter begins with a brief but meaningful disclaimer: "This game is a narrative experience that does not hold your hand." The focus on narrative raises a red flag, but the level of freedom and self-determination implied by the lack of hand-holding lowers it. This is a title that doesn't tell a story; it's one that invites you to discover a story. It's a big difference, and it makes what could be a scripted "walking simulator" into a more engaging, involving adventure. The game does suffer somewhat from a lack of interesting, challenging puzzles and a general emptiness in its gorgeous game world, but overall it's one of the finer examples of a narrative-driven exploration game.

You play the game as Paul Prospero, a preternaturally-gifted detective who receives a letter from young Ethan Carter. Sensing the boy is in danger, Prospero rushes to Ethan's home in Red Creek Valley, where he discovers several grisly deaths. Gradually, a clear picture of what went terribly wrong in Red Creek emerges for Prospero and, by extension, the player. 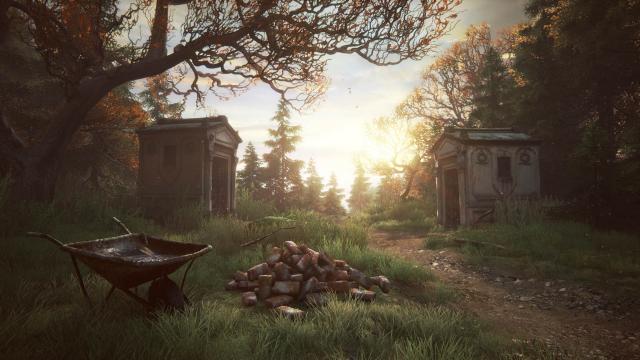 A narrative-focused adventure title like The Vanishing of Ethan Carter needs a well-written and captivating story to succeed, and fortunately developer The Astronauts delivers the goods. The game has an intriguing premise, a setting alternately gorgeous and macabre, a slow drip of plot points that pushes the narrative forward, and an ending that provides enough ambiguity to allow more than one interpretation. Most importantly, players absorb much of the game's story via exploration and inference. Where many video game developers attempt to spin a tale according to the rules and restrictions of cinema, The Astronauts chooses wisely to lean on gaming's most valuable and unique narrative vehicle: environmental storytelling.

The Vanishing of Ethan Carter conflates game-playing with story-telling to great effect. As players explore Red Creek Valley — a true open world with no loading screens — they will stumble upon crime scenes and environmental clues. By solving each crime and absorbing each clue, you'll pull the details of Ethan's disappearance slowly into focus. The process is so engaging, in fact, that the biggest drawback of the adventure is the fact that there simply isn't enough of it. 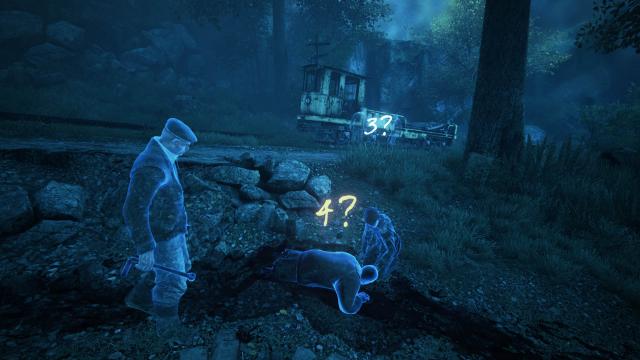 While the game succeeds due to its open-word exploration and environmental storytelling, it falters slightly due to weak puzzles and a general lack of things to do inside that open world. Many puzzles boil down to the following: find a crime scene; scan the surroundings; trigger memories of the crime; place those memories in the right order. Even some of the more challenging parts, such as discovering the correct sequence of memories, are achievable by trial and error.

Exceptions exist, to be fair. An early-game puzzle where players must "rebuild" the interior of a home from memory is tricky. So too is a head-scratching problem deep in Red Creek's mines, which requires a good deal of exploration (under duress, mind you) and careful attention to environmental hints. These are few and far between, however. 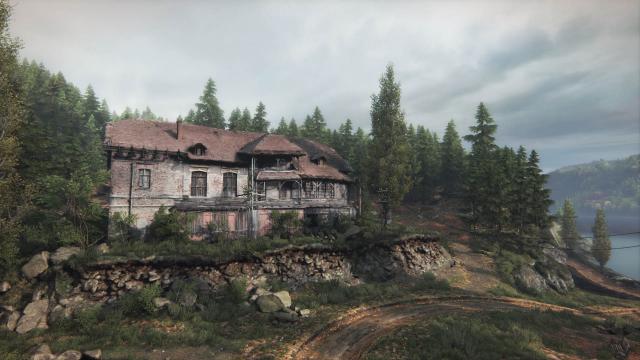 In addition to a few more demanding puzzles, The Vanishing of Ethan Carter would benefit from a more populated world. Red Creek Valley is absolutely gorgeous, richly-detailed, and verisimilar. Yet it's mostly empty. Not literally empty, of course — forests, trains stations, rivers, dams, homes, and places of worship fill the horizon. It's empty, largely, of interactive objects, landmarks, and people. The addition of NPCs and/or quest-givers would give players more to do and discover outside of the main narrative, and would fill out the game's running time, which comes in at a meek four to six hours.

Even without extra puzzles and side-quests, the world of The Vanishing of Ethan Carter is one of the most mesmerizing and physically-attractive game environments in recent memory. Both in graphical performance and art direction, it's spectacular. It looks especially good in 4K, unique to this port — granted you have access to an Xbox One X and a 4K TV. 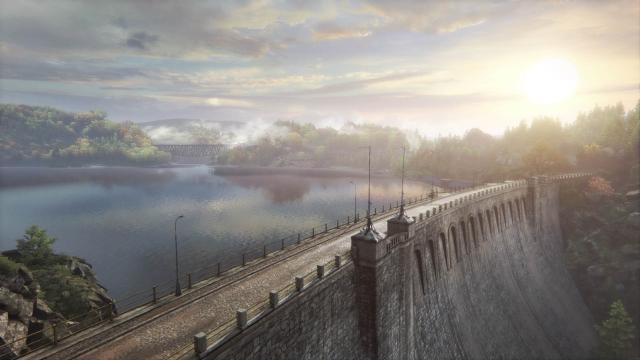 Also unique to this Xbox One port is "Free Roam" mode, which turns the game into, in the words of The Astronauts, "the most literal walking simulator ever." In this mode, players can enjoy a lazy stroll through the beautiful environments of Red Creek Valley, minus all the gore and action prompts. For fans of puzzle-solving and interactivity, it's entirely skippable. For folks who desire peaceful exploration and slow-paced discovery, it's a nice gesture.

By focusing on the unique story-delivery mechanisms of video games and providing a sufficient level of interactivity, The Vanishing of Ethan Carter side-steps many of the pitfalls associated with narrative-driven adventure games, even as it struggles to escape the sub-genre's orbit. Some pushover puzzles and a lack of optional side-content drag down the experience a bit, but a gorgeously-designed and liberating open world helps to elevate it.

This review is based on a digital copy of The Vanishing of Ethan Carter for the XOne, provided by the publisher.