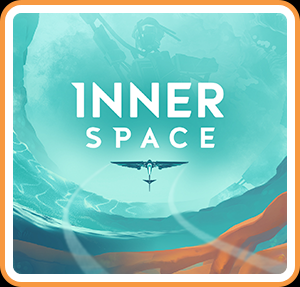 Like Journey and Abzû before it, InnerSpace is a game about exploration and meditation. At the same time, it's about careful navigation and problem-solving. As a result the title sits in an uncomfortable space between player-driven experiential gaming and progression-based flying missions, never quite satisfying on either front.

In InnerSpace you play an artificially-intelligent drone called Cartographer, brought to "life" by an archaeologist, the last of his people. Working together, you'll explore the Inverse, a series of inverted spheres where gravity pulls outward, to find relics of the past. Using these relics, "Cart" will uncover the truth about the demise of the archaeologist's people and the identity of the "demigods" that supposedly destroyed them. 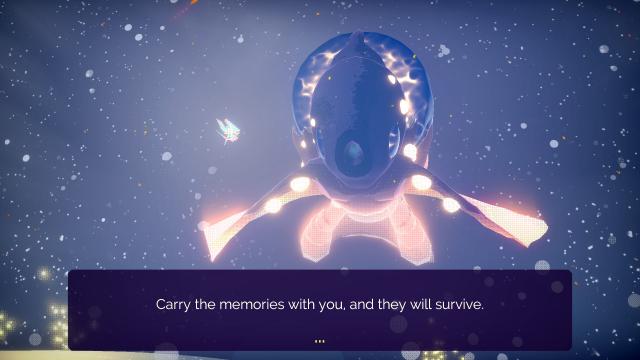 Developer PolyKnight Games spent a lot of care and attention dreaming up the Inverse and the tale of its peoples, and it shows throughout the game. The inverted spheres are wondrous to behold, sparkling with turquoise seas, sleek futuristic technology, and decaying structures. PolyKnight managed to craft a world both high-tech and ancient, mechanical and organic. It's a place worth visiting, and, really, that's the point of InnerSpace: visiting, exploring, being there.

That exploration is made easy by some great flying mechanics, which allow six degrees of freedom. Controls can be intimidating at first, but soon enough they melt into your hands. There's also a pivot move that either serves as an air brake or as a means to turn on a dime and launch your airframe in a different direction — especially useful in trailing missions and in tight spaces. 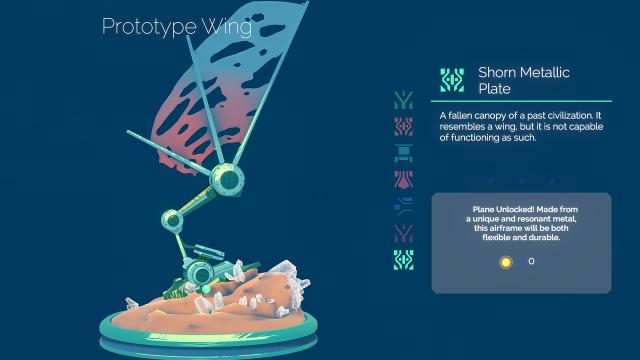 Speaking of airframes, there are several available in the game. By collecting "Wind," the currency and fuel of the Inverse, and finding lost relics, Cart can unlock new frames, each of which have unique handling, speed, and underwater maneuverability stats. Securing relics and piecing together new frames is a fun diversion in the game, even as it becomes frustrating due to a couple of annoyances.

The first is a lack of a horizon. The Inverse's inside-out planets are disorienting. Just imagine trying to find your bearings inside of a sphere; there's no up or down. It's too easy to lose track of relics, or become lost in general. The second is a lack of stakes. There's no penalty for failure in InnerSpace, no time limits, no consequences for error whatsoever. You don't really "earn" relics in the game; more often than not you stumble upon them. 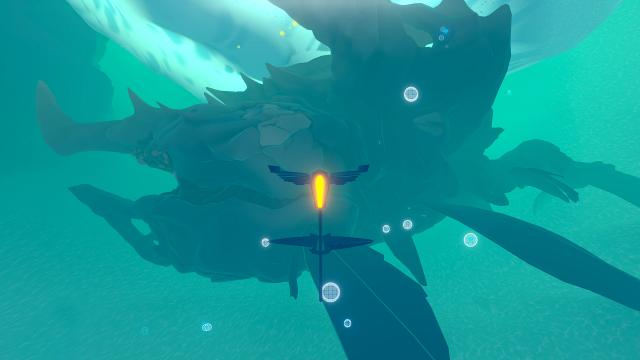 This missing risk-reward dynamic affects, to a lesser extent, the game's boss encounters, which are probably the highlight of InnerSpace. Here, players come face to face with a demigod and solve its puzzles before moving forward. The best of the bunch is leviathan, a hulking water beast. Here, players must destroy bulbs on the outside of the demigod to gain entry to its body, then clip cords from within to free it. It's kind of like Star Fox meets "Inside Jabu-Jabu's Belly" from Ocarina of Time.

Leviathan is where everything in InnerSpace comes together: tight controls, clever puzzles, gorgeous art direction, and a wistful narrative. Unfortunately, the content before and after doesn't match the intensity of that singular encounter. The game sits in a weird middle-ground between lazy exploration and objective-based flying, without fulfilling the accessibility of the former or the difficulty of the latter.

This review is based on a digital copy of InnerSpace for the NS, provided by the publisher.