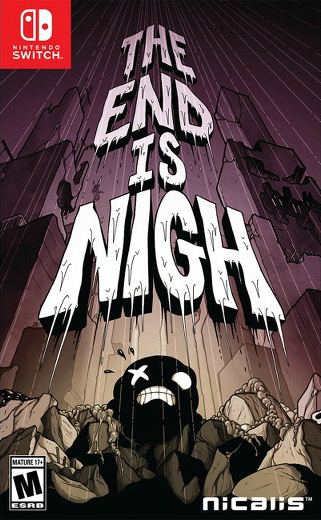 The End is Nigh (NS)

The End is Nigh (NS)

Edmund McMillen is an evil genius. He has a brilliant eye for platforming game design, but a sadistic streak that makes his games nail-biting, taxing, and, at times, cruelly punishing. In a world of easy, idiot-proof games, McMillen's modus operandi can be refreshing. Yet riding the line between challenging and infuriating is a difficult task, and McMillen's latest — The End is Nigh, co-developed with Tyler Glaiel — walks up to that line and stares intently into the abyss beyond.

Like many of McMillen's titles, The End is Nigh is a subversive mix of cutesy and horrific, which sets the stage perfectly for a dark premise: the end of the world. We meet Ash, a dark blob who alone has survived the apocalypse. With his favorite video game broken, he sets out into the wasteland to find a friend. 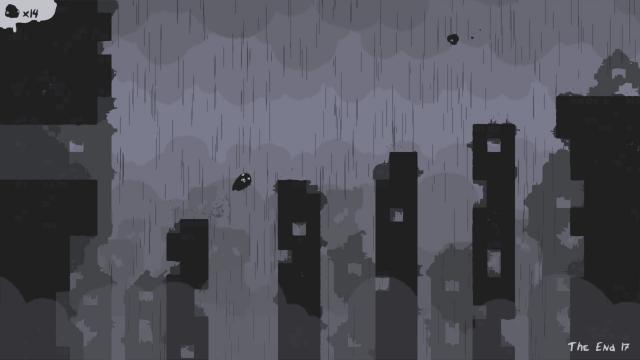 The End is Nigh is a spiritual successor to Super Meat Boy, which McMillen designed with Tommy Refenes. In both games, a small cube or sphere moves through bite-sized stages filled with crumbling platforms, spikes, and all manner of fatal instruments. When Meat Boy or Ash die — and they will, hundreds of times — they are resurrected immediately at the beginning of each stage. Both titles require precision control and perfect timing. Thankfully, The End is Nigh has near-perfect controls, so navigating Ash through the apocalypse is manageable, even when everything's out to kill him.

The game breaks from Super Meat Boy is one important area: exploration. Where McMillen and Refenes focused on speed runs and fast-paced platforming in their previous game, McMillen and Glaiel allow The End is Nigh to slow down at times, so players can hunt for collectibles and secret exits. There are hundreds of tumors to collect in the main game, which open gates and serve as lives in the post-game "Future." Also hidden throughout the game are a handful of video game cartridges that, once collected, unlock retro mini-games back in Ash's apartment. These collectibles, combined with concealed NPCs and several unlockable endings, makes this a title worth replaying. 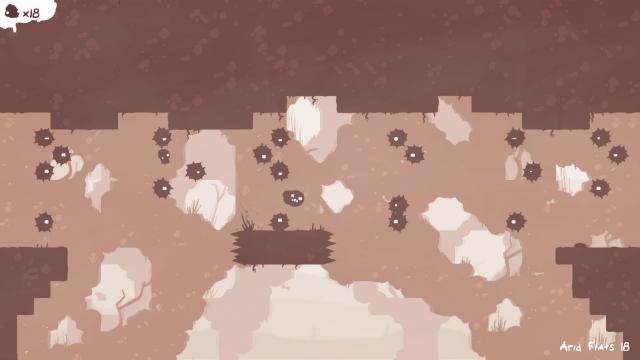 Replaying is something you as the player will do a lot in The End is Nigh, even if you don't return to the game after seeing an ending. Although every stage is small and self-contained, each is tough-as-nails. The slightest brush with an enemy or a spike will destroy Ash, bringing him back to the start. The room for error is paper-thin, resulting in a lot of frustrating moments. Moreover, many levels feature collapsing pillars, crumbling blocks, or unexpected events that transform the experience into a game of trial and error.

While many stages are punishing and brutal, they're also creative and inventive. For a game with hundreds of levels, each one tends to stick out — not an easy feat. Each world has a theme and every stage is a variation on that theme. Overflow takes players underwater and through poisonous smog; the Machine features automated turrets and conveyer belts; and SS Exodus is one long, loving homage to the airships from Super Mario Bros. 3. 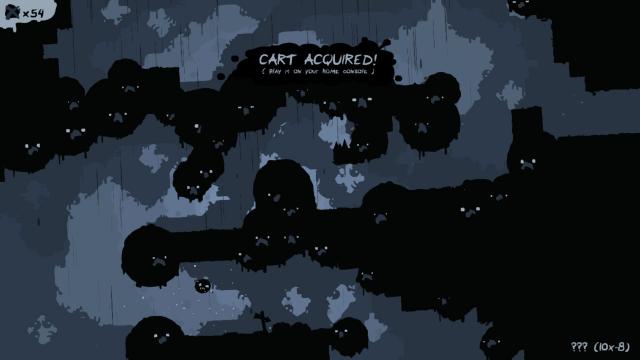 Artistically, The End is Nigh hits all the right marks. Its simple, minimalistic graphics work with its demanding, no-frills gameplay. The game's soundtrack, featuring rock versions of classical songs by Liszt, Brahms, Tchaikovsky, etc., is appropriately energizing, irreverent, and high-stakes.

The End is Nigh is an Edmund McMillen game. It's mechanically-sound, creative, replayable, and darkly written. It's also profoundly difficult, even for platforming veterans. Whether you can tolerate its punishing challenges and overcome its trial-and-error gameplay will determine your ultimate satisfaction. There are hundreds of stages, scores of collectibles, and over a dozen uniquely-themed levels in this game. But will you survive long enough to see them all?

This review is based on a digital copy of The End is Nigh for the NS, provided by the publisher.