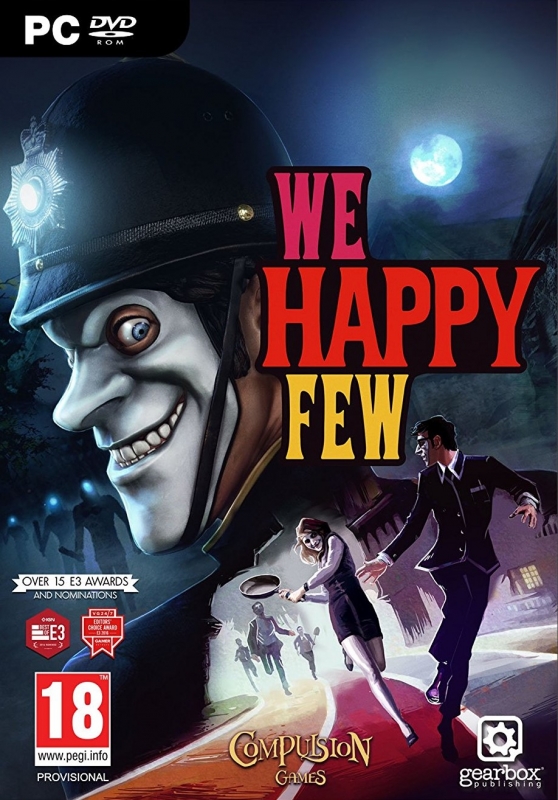 There was a vision here for something much greater.

When I think of Compulsion Games, I remember 2013’s Contrast, the company's underappreciated development debut. While very brief and technically rough around the edges, Contrast served as a showcase for the development team’s unique vision and clever world building. Its simplicity and tight narrative structure were only two of its strengths. Here, Compulsion Games succeeded in establishing We Happy Few’s dystopian world. However, instead of learning from their previous development experiences, We Happy Few drops what made Contrast enjoyable and introduces a host of new problems. 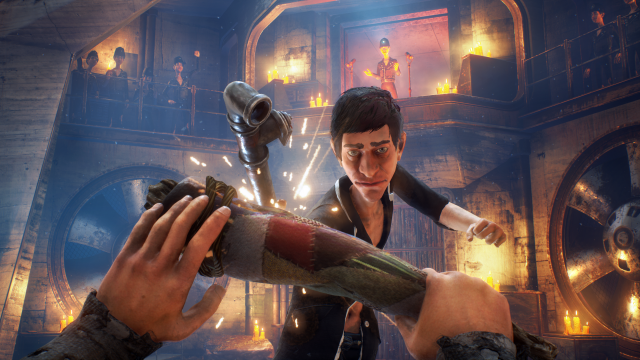 Let’s start with the positives. We Happy Few is set in a stylized, alternate history version of England in the 1960s where it’s important to blend in. Otherwise, one might find themselves on the receiving end of a beat down from the oppressive government or its intoxicated citizens. In this world, happiness is achieved through substance use which helps the citizenry suppress the horrors of their surroundings. Players assume the role of three protagonists who dissent and battle against the crushing systems that fuel their bleak reality. Generally, the narrative is engaging, if not slightly derivative, and encouraged me to persist through many of the less interesting sections.

We Happy Few’s basic ingredients vaguely reminded me of recent Fallout titles. Moving around the world feels stiff, but the melee combat, stealth gameplay, looting, crafting, and traversal mechanics are all technically sound when examined in isolation. It’s clear Compulsion Games knows how to make a game. Moreover, the developers encourage experimentation and expand replay value through the game’s difficulty settings (e.g. a permadeath option) and use of procedural generation. This means the experience will vary among playthroughs; every player will uniquely experience the game.

Unfortunately, I can’t imagine why anyone would want to play We Happy Few a second time. Unlike Fallout, We Happy Few never adds up to anything more than its aging and mismatched systems. Within the first half hour, the game reveals itself – the version of itself veiled behind its glossy, pre-release trailers. I was dismayed to find that the essence of the game is needless filler content and poorly designed systems that seem intent on killing the fun. 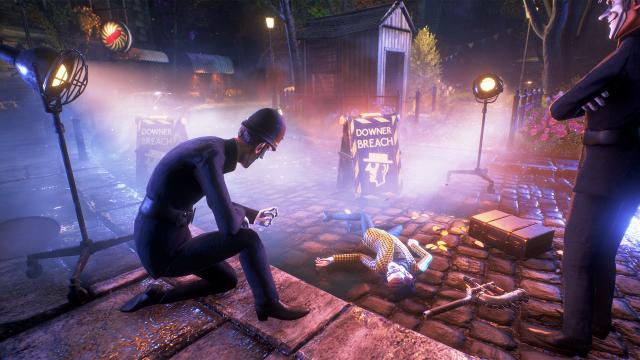 Most troubling is the game’s procedurally-generated world. The environments of We Happy Few are remarkably bland, from its repetitive textures to its lifeless inhabitants. Largely, the implementation of procedural generation screams development shortcut versus innovation (as the developers might have you believe). It should be noted that I reviewed this game on a PC with max settings; it should also be noted that it didn’t help the game look any less dated.

Occasionally, the art style helped distract from the substandard visuals, such as in tightly scripted segments or when the player’s perspective changed after taking “Joy” – the government-provided, happiness-inducing drug. Under the influence of Joy, the NPCs appear livelier, a rainbow appears in the sky, and your character strides with pep in their step. It’s charming… while it lasts. I ended my playtime thinking the developers may have taken the idea of “dystopian” too far. Grim can be beautiful, but Bloodborne’s Yharnam this is not. 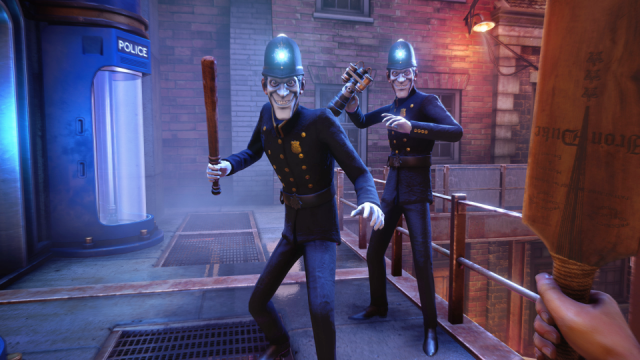 Worse still, gamers playing on any setting above the “easy” mode equivalent will need to monitor and manage several survival gauges, including standard health and stamina meters. You must also monitor your character’s persistently annoying need to eat, drink, and remedy afflictions (such as plague effects). Then, when you aren’t looting buildings and bodies for items, the game often pulls you away to craft something, and it begins to feel like the primary quests take a back seat to micromanagement.

Together, these systems distract you from progression and make me wonder if they were implemented after a brainstorming session gone awry. It’s hard to remain motivated in We Happy Few when it works so hard against your efforts to enjoy it and rewards you with so little for persisting. I can imagine these mechanics working in a different title, but We Happy Few suffers from a bad case of identity confusion; it simply doesn't know what it wants to be. 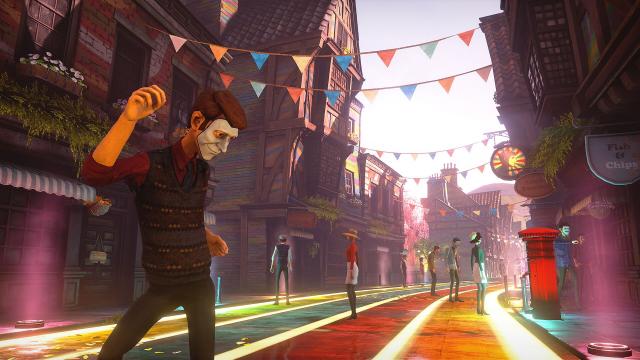 Excluding moments of narrative intrigue and intermittently effective worldbuilding, We Happy Few disappoints, and Compulsion Games delivered such an underwhelming package that only drastic changes could meaningfully improve the experience. Such an effort is unlikely, as it would require reworking almost every mechanic, but then it would no longer be the same game; those ideas would be better saved for a new IP or spin-off.

It’s really unfortunate because I can see there was a vision here for something much greater, something better served by a handcrafted world, focused narration, and reduced and refined gameplay. As it stands, the game’s early comparisons to BioShock were far too kind, and I would not recommend We Happy Few to anyone.

This review is based on a digital copy of We Happy Few for the PC, provided by the publisher.