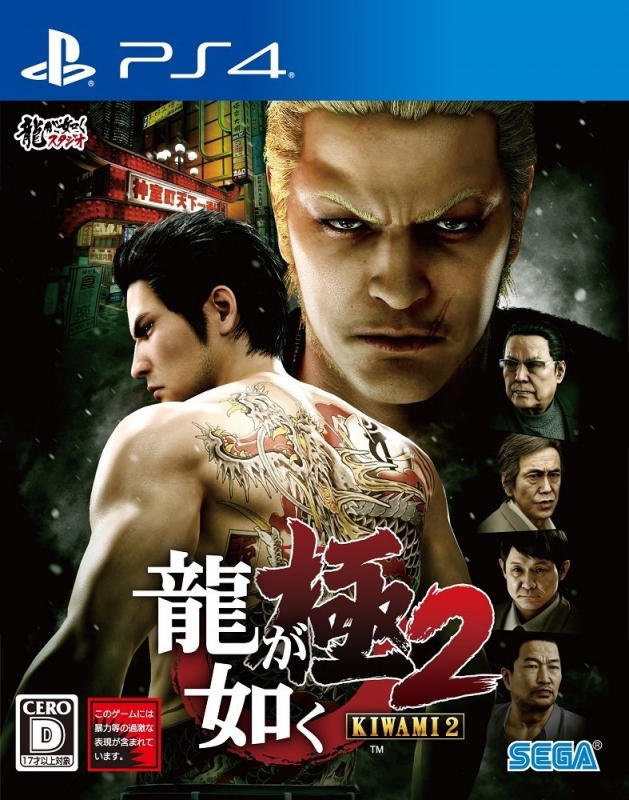 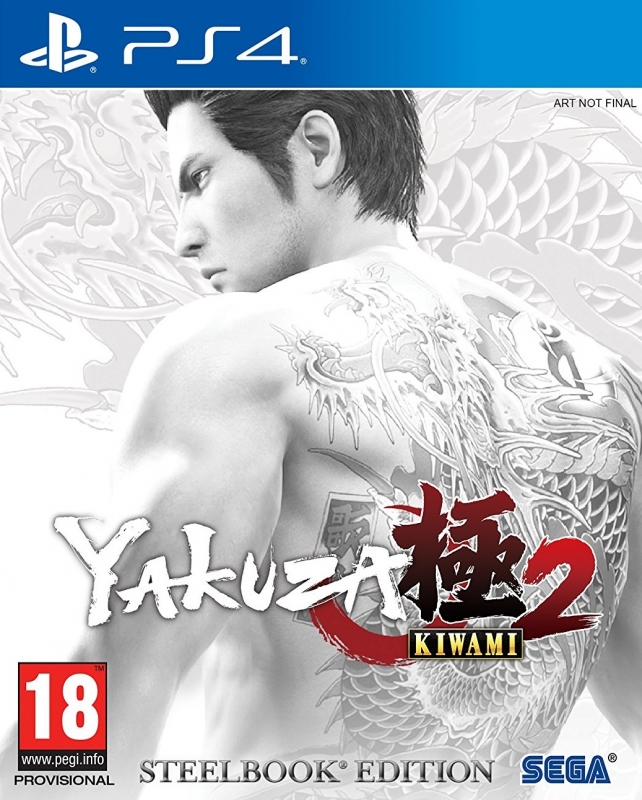 The Yakuza renaissance continues with Yakuza Kiwami 2, a remake of the 2006 action-adventure game Yakuza 2. Rebuilt in the Dragon Engine and featuring new mini-games and a brand new scenario starring Goro Majima, Kiwami 2 is the prettiest and most substantial version of the game. On occasion its fetch-quest mission design and overabundance of fist-fights can prove repetitive, but sky-high production values, interesting side-quests, and immersive virtual tourism help mitigate any creeping tedium.

Kiwami 2 takes place one year after the events of Yakuza and its respective remake Yakuza Kiwami. Generously, the developers at Ryu Ga Gotoku include in this release an optional flashback of sorts that recaps the major people and events of the previous adventure, including protagonist Kazuma Kiryu, his friends and family, and the Tojo clan, the organized crime syndicate to which he formerly belonged. Kiryu, now removed from yakuza life, is pulled back in again when the current Tojo chairman sends him on a mission of peace to a rival clan. Things eventually go to hell, as inter- and intra-clan strife threatens to send two cities — Kamurocho, Tokyo and Sotenbori, Osaka — to war. 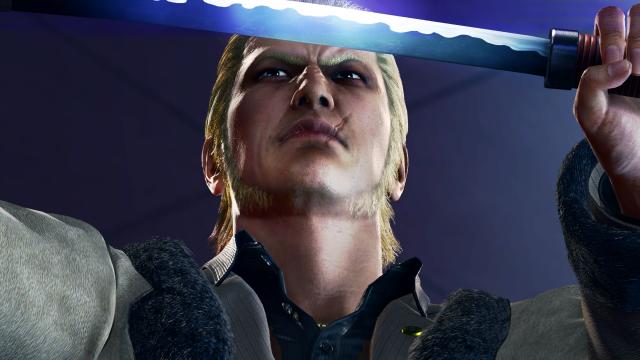 For all of the outstanding things Kiwami 2 does, perhaps its storytelling is most impressive. The Dragon Engine, used most recently on Yakuza 6: The Song of Life, brings Kamurocho, Sotenbori, and their respective citizens and establishments to life; this is very much an eighth generation game, despite its PS2 origins. Storyboarding, framing, and photography are worthy of the cinema. Most extraordinary of all is the game's voice acting, re-recorded for this re-release. There is amazing depth and genuine emotion in the voice performances, elevated by the lavish production values throughout. If you seek out games for story first and foremost, make sure this title is on your wishlist.

The flip side is that sometimes missions and general gameplay can feel in service to the story, and not the reverse. There are sequences in certain chapters that feature Kiryu walking from a hideout to a point of interest, triggering a cut-scene, then walking to a new point of interest and launching another pre-rendered video. Now, there's an almost overwhelming number of things to do along the path between story beats — and that's where the best of Kiwami 2 lives — but a little more diversity and engagement in main mission design would make the game even better. 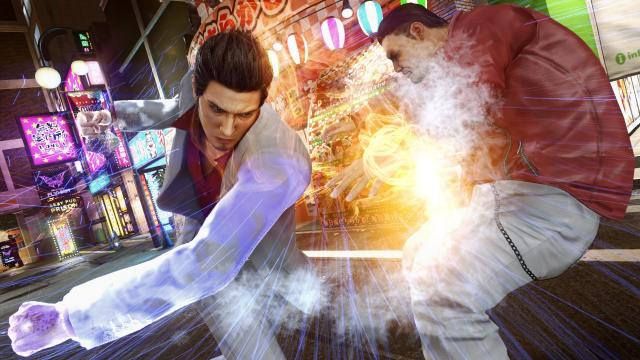 It doesn't help that so many campaign missions revolve around or end with fist-fights. While fighting in Kiwami 2 is fun and flashy — Kiryu employs a host of light, heavy, and charge attacks, along with grapples, throws, counters, and context-sensitive "heat" actions — it's also ever-present, taking place mid-chapter, end-of-chapter, and at regular intervals while exploring Kamurocho and Sotenbori, thanks to wandering packs of thugs and yakuza. It can get exhausting after a while. One of the best episodes of the game is chapter 11, where Kiryu must search the city for clues and use a shogi puzzle to crack a safe code. It's a refreshing change of place from "go to X, and punch your way out."

In any event, it's in the downtime between missions where Kiwami 2 earns its marks. Kiryu can take on side-quests from down-on-their-luck civilians, dine out (eating replenishes a hunger gauge and boosts experience points), go shopping at pawn shops and convenience stores, hit up the arcade — where you can play Virtua Fighter 2 and Virtual-On or lose your life savings to the claw crane game — or simply explore the riverfront of Sotenbori or the rooftops of Kamurocho. Additionally, the Cabaret business simulation/RTS returns from Yakuza 0, along with a revamped Clan Creator (a tower defense sub-game). 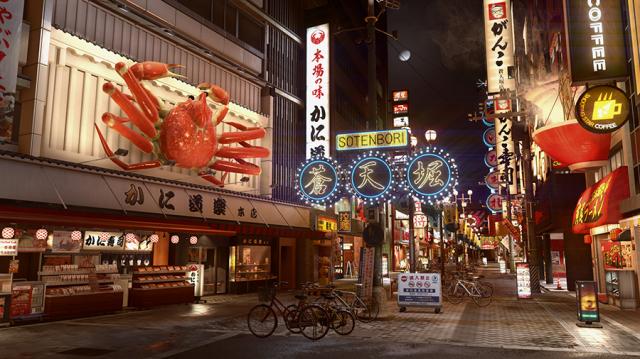 Interestingly, all of these things — minus the Cabaret and Clan Creator — seem remarkably authentic. Eating a bowl of noodles street-side, visiting an acupuncturist, or looking up at the bright lights of Kamurocho all feel real. Kiwami 2 is virtual tourism at its finest. If you can't afford a plane ticket to Tokyo, and have $50 to spare, this game might just be the next best thing.

When you've finished with the main campaign, which should take 15-20 hours (double that for extracurricular activities), a second scenario called Majima Saga awaits. This shorter, less substantial campaign focuses on the Mad Dog of Shimano, Goro Majima. The funniest and strangest character in the main story, Majima makes for a great protagonist, even if his moves and upgrade options are reduced or missing altogether. Whereas Kiryu gains experience points in several buckets by completing quests, winning fights, and hitting certain achievement benchmarks (for example, take a taxi ten times) and then assigns those points to health, defense, strength, and "heat" upgrades, Majima has no upgrade tree. As a result, he starts off overpowered, and slices through his enemies without much resistance. 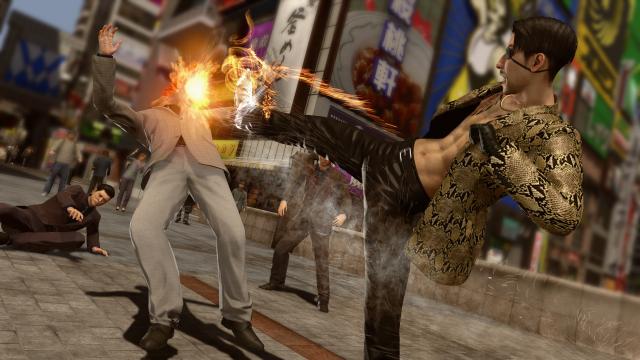 The niftiest feature of Majima Saga is how it communicates with the central campaign. Playing as Majima, players can deposit money into convenience store ATMs, which will generate an item of equal value at hideouts in Kiryu's story. Despite this option, the bonus scenario doesn't add much in terms of gameplay. Still, it might be worth playing, especially for Yakuza loyalists looking for information surrounding Majima's divorce from the Tojo clan.

In addition to Majima Saga, two modes will pop up post-game: Premium Adventure, where you can explore the world at your leisure minus the main story; and New Game+, where you replay the story from the beginning while carrying over elements from the previous playthrough.

Yakuza shows no signs of slowing down, thanks in part to Yakuza Kiwami 2. It's an expert remake, imbued with lavish production design, superior voice-acting, flashy fighting, and hours of side content and virtual tourism. Some of its main quests exist only to deliver plot points and its plethora of fist-fights can create a bit of tedium, but overall it's a fun, expansive open-world experience that works well as both an entry point for series rookies and a celebration for Yakuza veterans.

This review is based on a digital copy of Yakuza Kiwami 2 for the PS4, provided by the publisher.