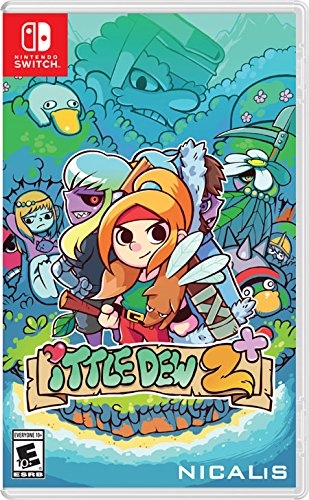 As far as top-down Zelda clones go, this is one of the better ones.

For all its universal acclaim, Breath of the Wild didn't satisfy every Zelda fan. Many missed the dungeon-crawling and puzzle-solving associated with games like Link's Awakening, Ocarina of Time, and The Wind Waker. Those disappointed fans might find their satisfaction in Ittle Dew 2+, an expanded version of a top-down action-adventure game that recreates the gameplay tent poles of The Legend of Zelda, circa 1992-2013. It's a surprisingly engaging and demanding title that marries challenging combat with problem-solving and exploration, all wrapped up in a coat of playful sarcasm.

In Ittle Dew 2+, adventurer Ittle and her put-upon flying fox companion Tippsie wash ashore on a strange island. In order to escape they'll need to find eight pieces of a wooden raft, hidden in eight different dungeons. Tippsie suggests finding a raft replacement elsewhere, but Ittle reminds him "rafts don't grow on trees." From the very beginning Ittle Dew 2+ strikes an irreverent, sardonic tone that pokes fun at itself and video games in general. This is an action-adventure game where the bosses are minimum wage employees and one of the dungeons is some guy's flooded basement. 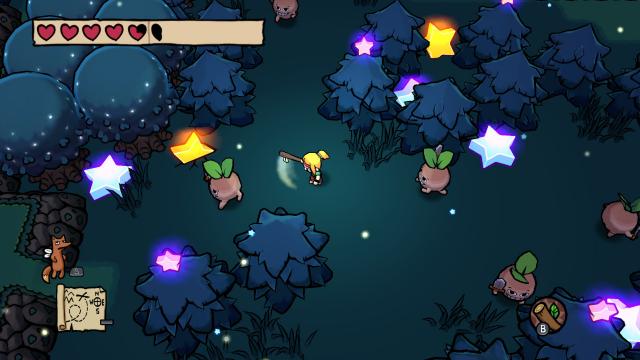 Even as its script and characters subvert genre expectations, its gameplay remains true to Zelda-esque rules and limits. Players will explore a large overworld, populated by monsters, secret caves, and dungeons. Inside each dungeon are a series of puzzles, a powerful artifact or weapon used to solve the dungeon's mysteries, and an end boss. What makes Ittle Dew 2+ stand out from the pack are its challenging combat scenarios and the breadth of its optional content.

Fighting in Ittle Dew 2+ isn't easy. A sense of danger pervades the game, despite its cutesy and colorful exterior. Enemies move quickly and hit hard, and boast high hit point values. Some are armored, others swim below the surface, and some others unleash deadly projectiles in 360 degrees. Boss battle are serious affairs, where patience, timing, and multi-tasking are keys to success. It's refreshingly challenging. 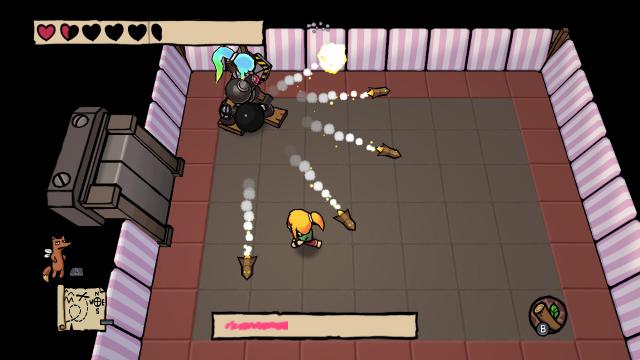 Players can make enemy encounters more manageable by searching the game's overworld for treasure. Dozens of caves dot the isle, each hiding a box of crayons (which extend health); a scroll revealing the location of a secret cave entrance; artifacts that boost defensive or offensive stats; or secret shards, which unlock additional dungeons. These are all purely optional however. Developer Ludosity made Ittle Dew 2+ a flexible adventure, where most power-ups are optional, dungeons can be beaten in any order, and much of the game can be finished with only Ittle's default weapon.

Where hidden treasures make combat less stressful, the game's controls make it a little more hectic. Controls fall somewhere in the no man's land between the looseness of analog movement and the precision of d-pad inputs. Using analog is best for navigation, but the d-pad is ideal for lining up projectile attacks. Switching back and forth during the heat of battle is implausible, so something has to give. 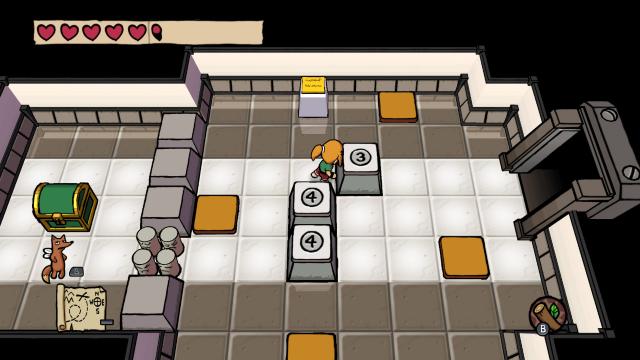 No review of Ittle Dew 2+ would be complete without some explanation of the +. This new version for Switch includes the "Dream World," a realm with five brand new dungeons and 40 collectible cards. This greatly extends the game's length and provides different, more punishing challenges. In fact, some of the physical challenges and puzzles in the Dream World are downright nasty. It's the perfect kind of bonus content: a set of formidable exercises for those who've mastered the base game.

While Ittle Dew 2+ nails combat, exploration, and puzzle-solving, it lacks somewhat in presentation. There's nothing particularly wrong with the game's art design or music; it's just a bit flat and featureless. Something sorely missing is a sense of height and depth. 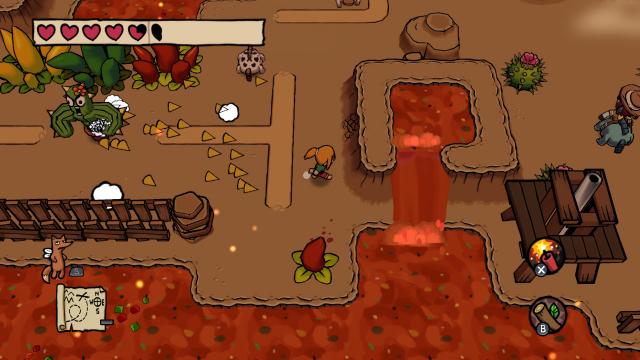 Despite some bland presentation, Ittle Dew 2+ succeeds as an action-adventure title in the Zelda tradition. Combat is challenging, opportunities for exploration and experimentation are many, and puzzles will make your brain melt. Fans desiring a Switch adventure that's more A Link to the Past and less Breath of the Wild will find in this sarcastic indie game a surefire winner.

This review is based on a digital copy of Ittle Dew 2+ for the NS, provided by the publisher.