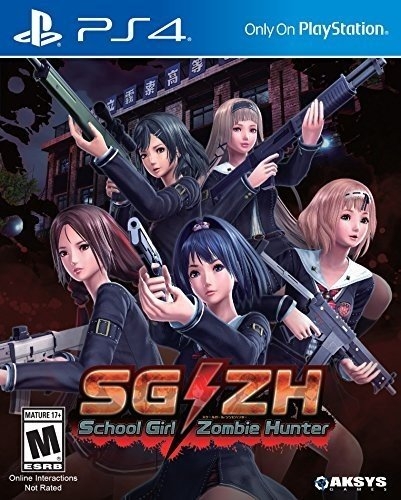 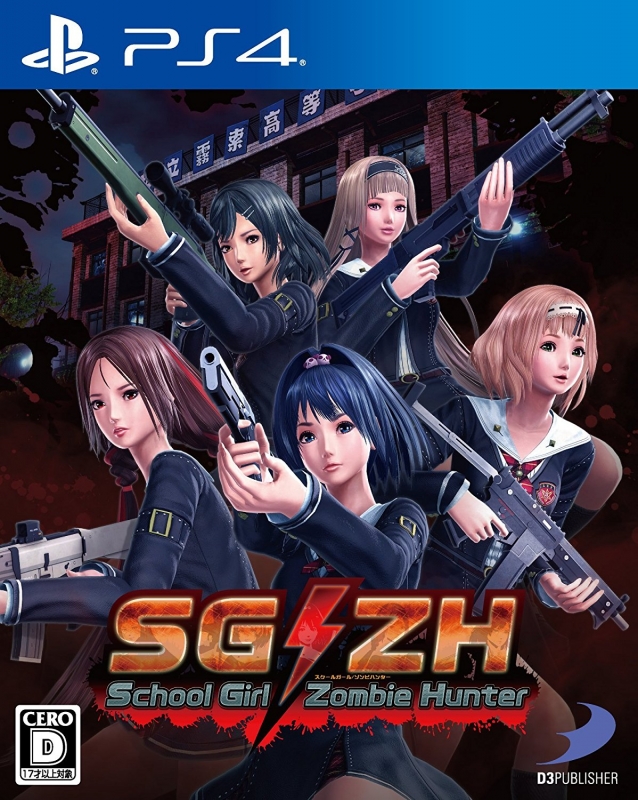 Tamsoft tackles zombies and the girls who loathe them in School Girl/Zombie Hunter.

When you go to your local video game outlet and see titles like Horizon: Zero Dawn or For Honor, you might not divine immediately what those names mean. With School Girl/Zombie Hunter, conversely, you know exactly what you're getting. If the title wasn't obvious enough, the name Tamsoft should give you a sense of what to expect: fast-paced action, ludicrous storylines, and lots of fan service. School Girl/Zombie Hunter is upfront and honest about its content and its intentions. It wears its campy, exploitative heart on its sleeve. It's a shame, then, that for all its knowing winks and B-movie sensibilities it never manages to produce a well-rounded game.

Set in a high school where guns are readily available and zombies shocking only in their abundance, School Girl/Zombie Hunter doesn't take itself seriously. It follows five young women who take up arms against a sea of "zom-zoms" in order to escape school grounds alive. They include Sayuri, happy and honest; Risa, timid and fearful; Mayaya, selfish and shallow; Enami, stern and calculating; and Rei, arrogant and violent. Only together can they hope to survive their encounter with a horde of zombies that seems to be acting under the orders of an unknown intelligence. 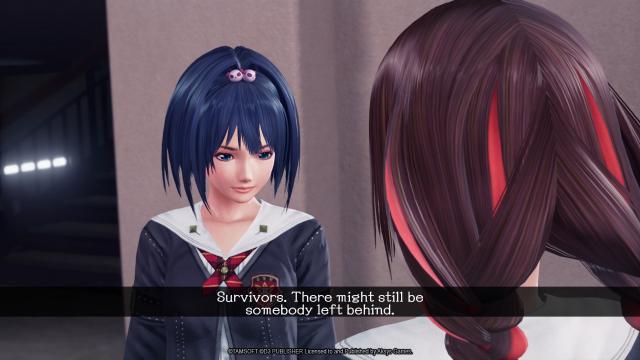 It's a perfect premise for the B-movie School Girl/Zombie Hunter aspires to be, but developer Tamsoft never allows it to get truly weird. There are a handful of outrageous moments, for example when Rei trades barbs with a zombified copy of herself, but mostly the story just spins its wheels for a few hours until it finishes in an anticlimax.

Worse, the game's many cut scenes are packed with non-essential information about characters' backgrounds and childhoods — strange because people who grew up together don't need to remind each other of the fact, and misplaced because this is a game about half-naked girls pumping hot lead into zombies. The end result is a story that's just bland and forgettable, despite the wildness of its subject matter. 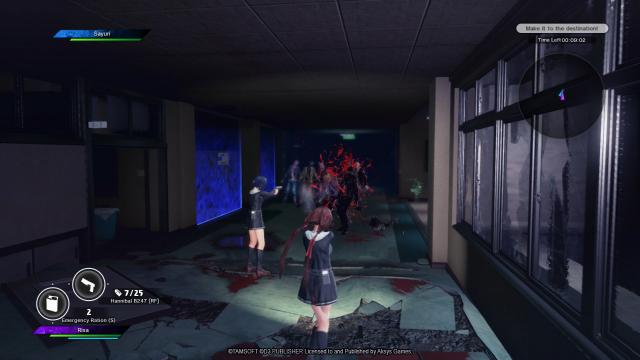 Gameplay too is a mixed bag. The game provides dozens of missions, each with the goal of burning through the desiccated flesh of the undead. Players control one of the five school girls, who shoots guns and performs melee attacks in third-person. Although School Girl/Zombie Hunter has more in common with Tamsoft's own OneChanbara in terms of tone and theme, its mechanics are more aligned with something like Earth Defense Force.

For a while, the simple gameplay loop of marching through school corridors and blasting zom-zoms, as Mayaya calls them, is fun. As the game's flat shooting mechanics, brain-dead AI, and repetitive level designs begin to emerge more clearly, however, School Girl/Zombie Hunter starts to flounder. AI is particularly bad, for enemy zombies and friendly humans. During missions where all five girls are active, part of your responsibility as a player will be to babysit them. The final boss battle brings this into painfully sharp focus. 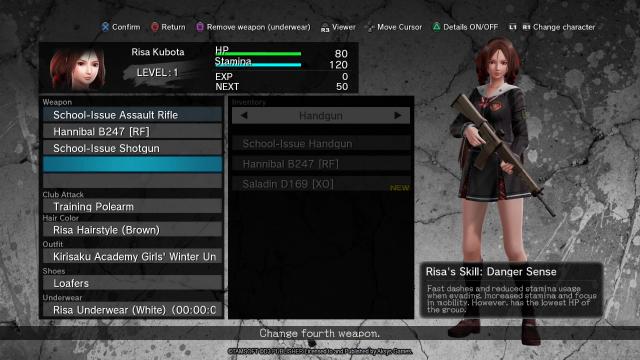 There are a couple elements that help mitigate some of those design flaws, though. The first is a huge collection of weapons to collect. During each mission, slain zombies drop mysterious weapons, which are identified and added to your roster after the fact. There are dozens of shotguns, SMGs, pistols, sniper rifles, and assault rifles to collect, each with unique stats and attributes. Some weapons have low damage but high capacity, and others sport piercing rounds. It's great fun to experiment with all these different firearms.

The second element is mission diversity. Although levels are mundane and enemies mostly mindless, the sheer variety of mission types is admirable. Annihilation missions ask players to defeat every enemy before time expires; base defense is all about preventing zombies from entering and destroying a point of interest; and time endurance is a simple act of survival. There are also bonus missions, the best of which is cover snipe, in which you'll protect allies located at a distance. In addition, all missions can be replayed for high scores and hidden collectibles. 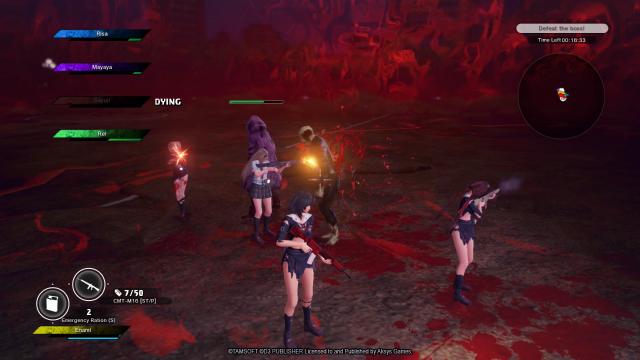 School Girl/Zombie Hunter, like OneChanbara, is awash with blood and exposed female bodies. As a result, your enjoyment of the game will depend in part on your tolerance for such things. Each girl's uniform will decay during zombie attacks, exposing her underwear. In overwhelming situations, the game's heroines can disrobe and throw their school girl uniforms away, luring away slavish zombies — perhaps a friendly jab at Tamsoft's fetishistic target audience.

Fan service can only carry a title so far, however. Without dynamic combat, interesting levels, capable AI, or even an engaging story, the whole experiment collapses in on itself. The game's diversity of mission types and huge arsenal of weapons is most welcome, but insufficient to raise it out of the morass of mediocrity. School Girl/Zombie Hunter is a game that knows what it is, but what it is just isn't very good.

This review is based on a digital copy of School Girl/Zombie Hunter for the PS4, provided by the publisher.