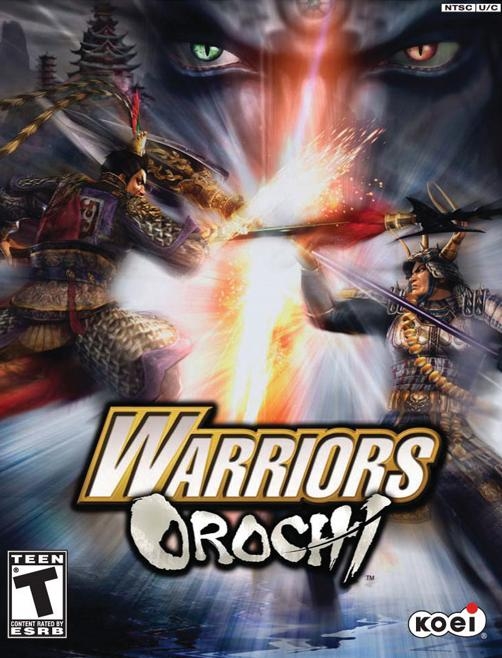 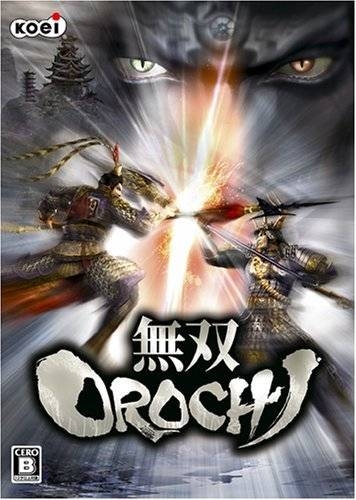 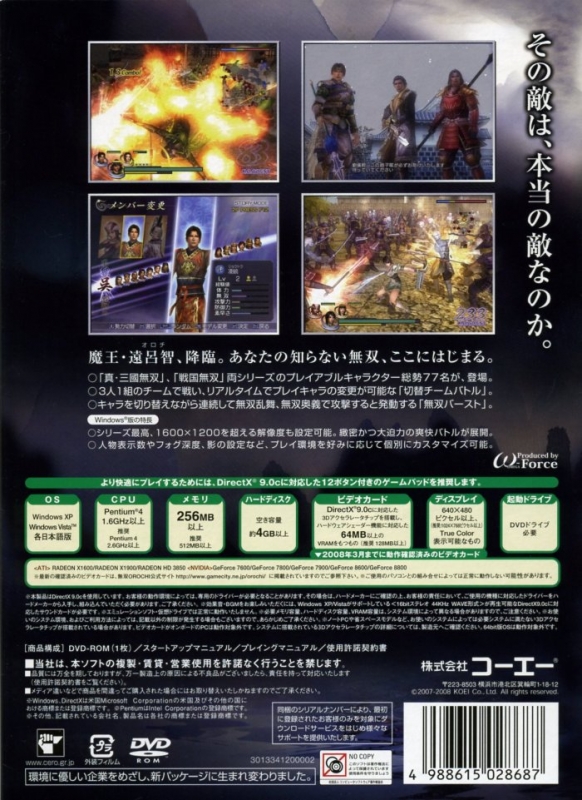 In actual Japanese history, Nene was the wife of Hideyoshi Toyotomi.

In Warriors Orochi, you meet on stage 3-X of Wei's Musou mode.  She is
opposing Orochi, and Cao Pi is sent in to assist Dong Zhuo in defeating her.

Musou:  Wei
Stage:  3-X (Conquest of the Ji Province)
Goal:   Defeat the Nene clones within 4 minutes of their appearance.

Strategy:
1)  Run south/southwest toward Goemon.
2)  OPTIONAL:  Kill the officers near Goemon (Hidetsugu Hashiba and
Hideyori Toyotomi).
3)  Destroy Goemon's cage to free him.
4)  OPTIONAL:  Kill the enemy officers that have come into range.
5)  Head northwest to the middle-west area.
6)  Kill the 8-9 Spy Captains to break the illusion.
7)  Rush north to the dais.
Nene clones appear when Nene says:
"My secret spell has been broken?"
"I know exactly who's responsible and I'm going to make him pay."
8)  Kill the northwest Nene clone at the dais.
9)  Go east, through the center, and to the middle-east area with the
dais.
10)  Kill the middle-east Nene clone at the dais.
11)  Complete the map as usual (killing Nene for the victory).
Nene announces she will join you:
"Wow you're really quite strong"
"But I think I should keep an eye on you just to make sure you
behave."

These are the elements that should be on the weapon no matter what so always
fuse them.  What to do with the remaining 2 slots is up to you.

Ice - I love Ice with most characters.  Since Nene has a great charge attack
(C1) and a great area attack (C3), you'll start seeing a lot of
enemies stuck in ice blocks as you upgrade this.

Air - Nene's launcher (C2) is hits several times in the air and is very
nice.  Nene's pure attack string (S8) and 4th charge (C4) can
also juggle an enemy in the right situation.  These make for good
reasons to pick air.

Bolt - This is kind of the defacto "extra damage" element.

Drain - Good if you find yourself hurt a lot.  Otherwise get more damage.

Rage/Absorb/Fire/Multi - Don't bother with these.


My favorite combo is Ice/Air.

S8 / SSSSSSSS -  Standard attacks.  They can keep an enemy in the air and
juggled until you run out of them.

C1 / TT - A nice throwing charge.  The blades hit all around you on the
second button making them very nice for clearing crowds once
get them upgraded attack/ability-wise.

C2 / STT - A good air combo.  Does decent damage though it can drop you
right back into a full crowd of enemies.

C3 / SSTT - The final T of this move is pretty great for clearing enemies.
C1 can do the job better later on, but this one has more
movement and leaves you in a safer position due to the fact
that its arc is all around you.

C4 / SSSTT - This move can put a lot of damage on an officer and hit quite
a few regular enemies but it's harder to control than I'd
like.

O - You can turn and do other stuff with Nene's musou but really
its best use is just hitting a vulnerable enemy officer or
just not used at all.

R - This creates the double that attacks along side you.  It's
great, and doesn't use Musou.  No reason to fight without it.

R + Move - If Nene doesn't hit an enemy she leaps a distance.  This move
actually moves Nene around faster than just running.
If Nene does hit an enemy, she pile-drives them which hits
enemies near wherever she lands too.  Not really all that
useful but it is fun.

Crowds:  C1 and C3 will do nicely.  C1 has a bit of a wind-up time so be
prepared to be disrupted a lot if you try it in the middle of a crowd
without a lot of agility or a speed power-up.

Officers:  S2 is good for some quick and easy damage.  S8 and S3 are
nice if the officer is already in the air as you can juggle him
around until you run out of moves.

Location:  Go west from where you fought Lu Bu and out of the castle.  It will
be right next to Yoshitsugu Otani

Strategy:  Go forward, clear the 3 officers in the center part of the outer
gate.  Go east, clear out those officers/gates.  If you're fast
enough, you can go west (mopping up enemies in the middle) and
catch up with the allied engineers just in time to face Keiji
Maeda.  Defeat him, go back into the castle, then go up and around
killing officers as you go.  If you did well enough in the outer
gates/middle then your officers should have enough morale to where
you'll be seeing messages that they're routing enemies too.  Once
you're in the castle and you get the inner gates destroyed message,
go find Lu Bu and kill him.  I had 600-700 kills by the time I
killed Lu Bu and was able to get the item immediately.  After that
just finish up the stage.

Notes:     You can get personal items on any difficulty.  Go with easy mode.

Q)  Dong Zhuo keeps dying.
A)  Go back to Dong Zhuo immediately after killing the second Nene clone.
Alternatively, if you have a really high level character and a fast horse
you can try to clear out an officer or two near Dong Zhuo on your way to
kill the second clone.

Q)  Keiji Maeda is killing my engineers!
A)  Get there faster.  If you can't clear out all of the east side then don't.
Do what you can and head west.

Q)  My battering ram is getting destroyed.
A)  Clear out all the surrounding red in that area while you're fighting the
first three officers there.  If you kill a lot of enemies, not only will
there be fewer to attack the battering ram but morale will be higher so
they'll fight better while you're off fighting Keiji.

Q)  My officers are dying.
A)  I haven't seen this happen (usually they're the ones killing not dying).
My only suggestion is to kill more enemy troops to lower morale, kill
officers faster, and just try to get to Lu Bu as fast as you can.