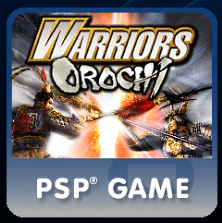 The Worlds of the Dynasty Warriors and Samurai Warriors are about to collide! Without warning, the Serpent King Orochi descended from the heavens. Using his unworldly powers to shatter time and space, he kidnapped the greatest warriors of Ancient China and Feudal Japan to test his might, Now, the greatest showdown in history is about to begin....