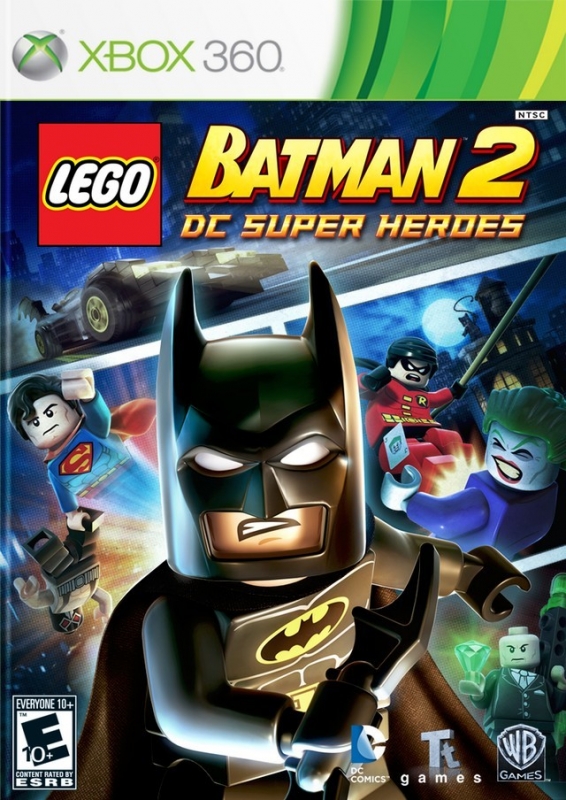 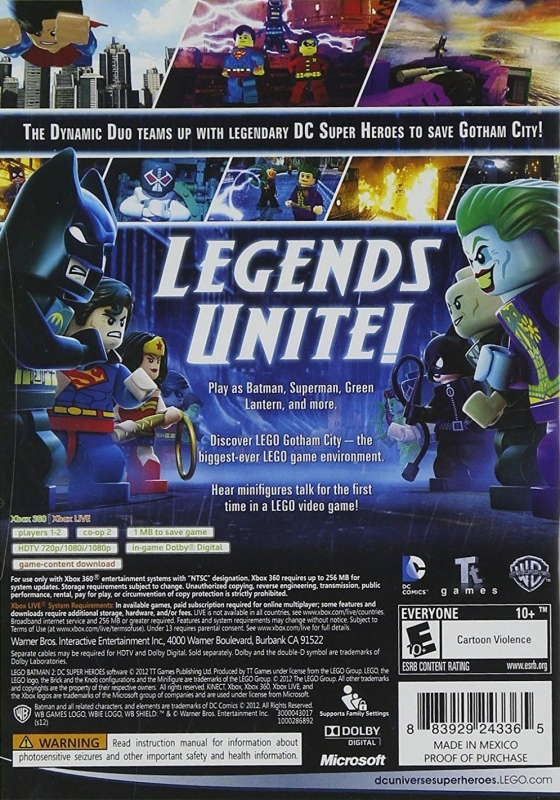 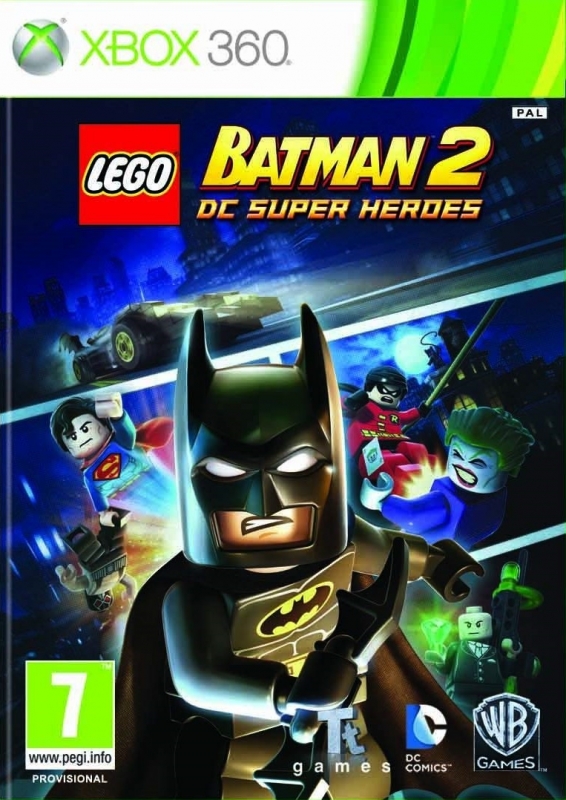 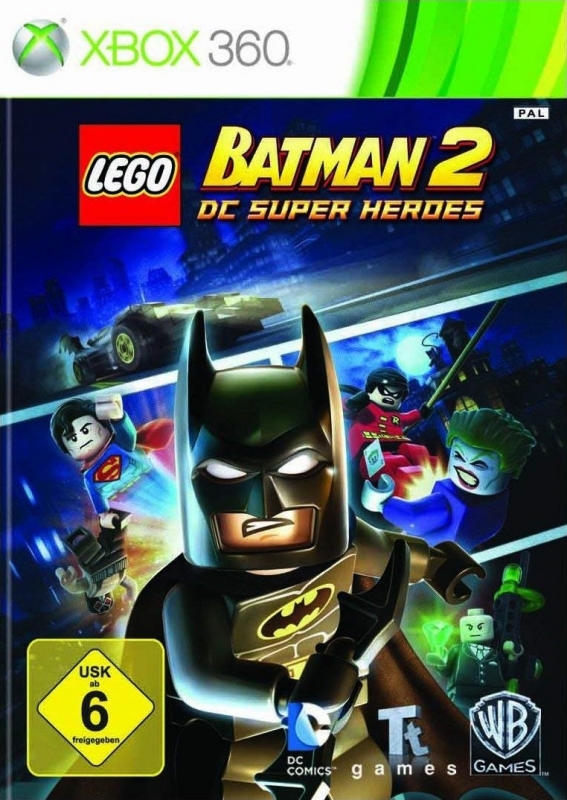 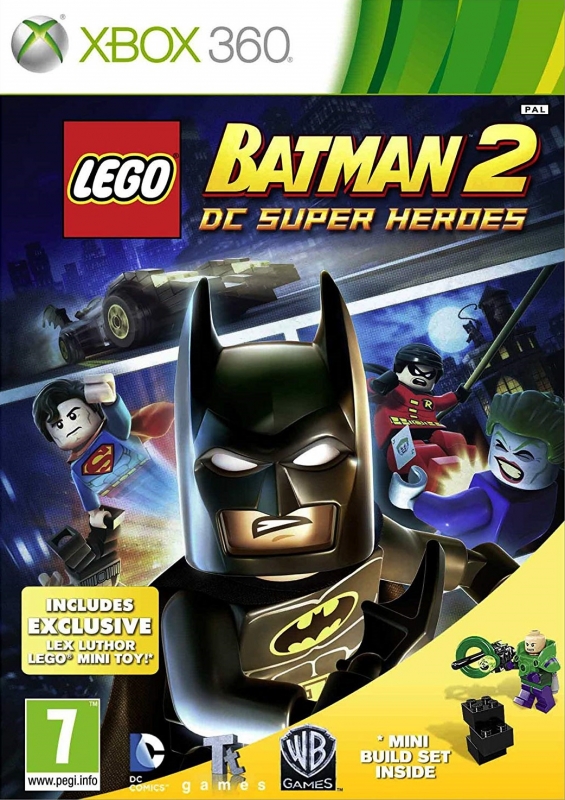 Batman is back to save Gotham City and the action is only getting started!

Warner Bros. Interactive Entertainment, TT Games and The LEGO Group team up once again to bring you LEGO Batman 2: DC Super Heroes, the highly-anticipated sequel to the best-selling LEGO game of all time, featuring the most powerful Super Heroes in the DC Comics universe.

The dynamic duo Batman and Robin join Wonder Woman, Superman, Green Lantern, and the other Heroes of the DC Universe to save Gotham City from destruction at the hands of the notorious villains Lex Luthor and The Joker. Batman fans of all ages can enjoy an original story filled with classic LEGO videogame action and humor as players fight to put the villains back behind bars.