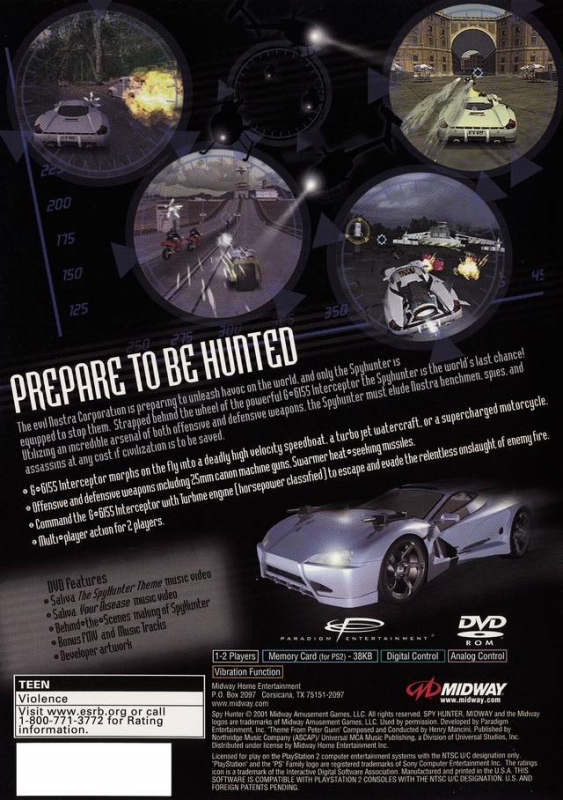 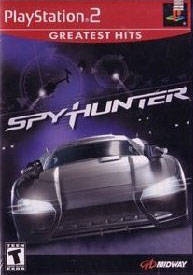 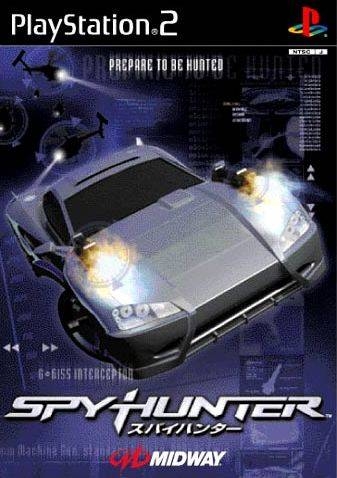 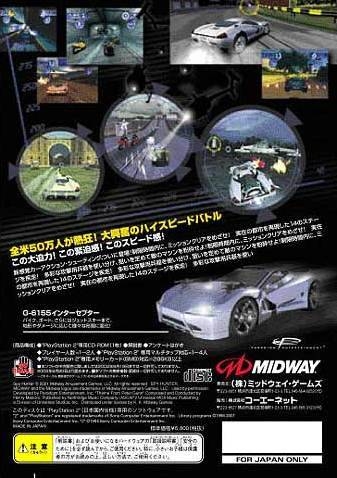 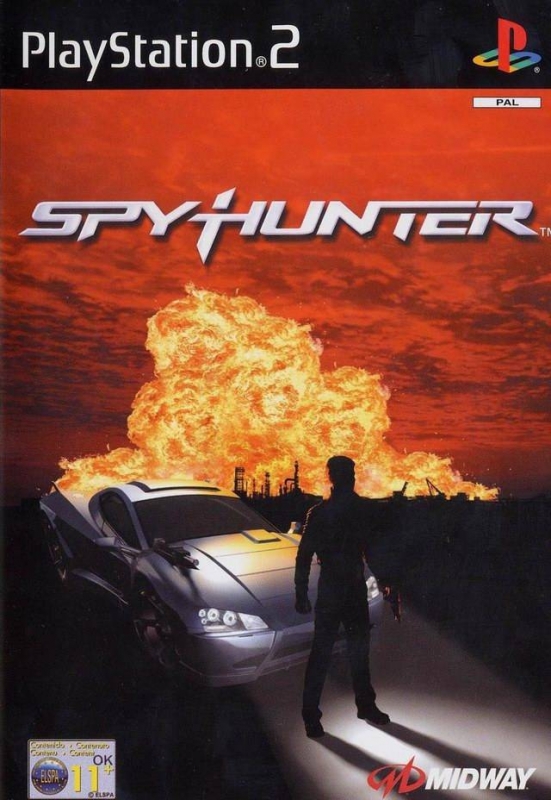 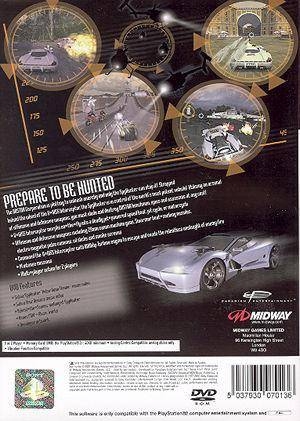 Spy Hunter is on a mission to save the world once again in a non-stop, action-intense game of mission-based vehicular espionage with breathtaking full-motion-video cut scenes, where the hunter is also the hunted. Spy Hunter must complete 14 high-adrenaline missions in a variety of exotic worldwide locations in order to defeat the evil multinational corporation, NOSTRA. With next-generation 3D design, incredible high-tech weaponry and a sleek new vehicle - the G-6155 Interceptor - Spy Hunter must make split-second decisions while engaging in offensive attacks and defensive counter-attacks. Spy Hunter must always be ready for action as heavily-armed enemy vehicles lurk around every corner ready to strike at the first site of the Interceptor. Weapon trucks appear throughout the game to supply the Interceptor with offensive weapons including machine guns, missiles, lasers and counter-attack weapons such as oil slicks, smoke screens and cluster mines. Players have no choice other than being totally immersed in the action with the clandestine plot that unfolds throughout the game, revealing who Spy Hunter is and what he is ultimately after.