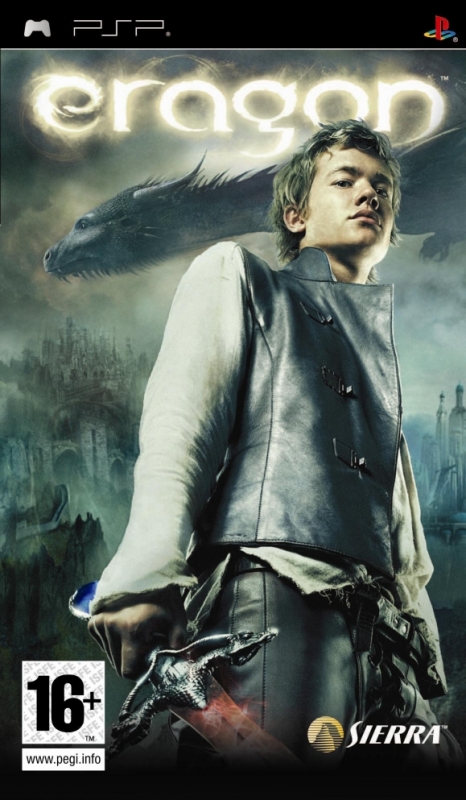 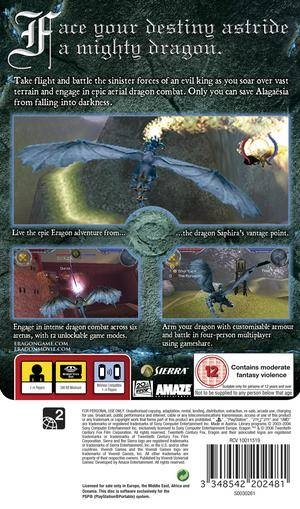 Play as Eragon and his dragon as they set out to fulfill their destiny. Endure perilous travels, adventure and heart-pounding combat as you live the epic events of the movie. Disable and dispatch enemies with the unparalleled skills of a true Dragon Ride.

Eragon's combat system features a variety of blistering attacks and defences, including a unique degradable block system. Extensive Dragon Combat Ride Saphira and blast your enemies with bursts of fire, and call in devastating dragon attacks during melee battles. Eragon features multiplayer co-op with team attack bonuses and dragon fight/flight combo gameplay. Full cooperation from the film production team provides faithful implementation of the movie's look-and-feel. As Eragon discovers the powers hidden within him he learns to unleash magical attacks to decimate his foes.