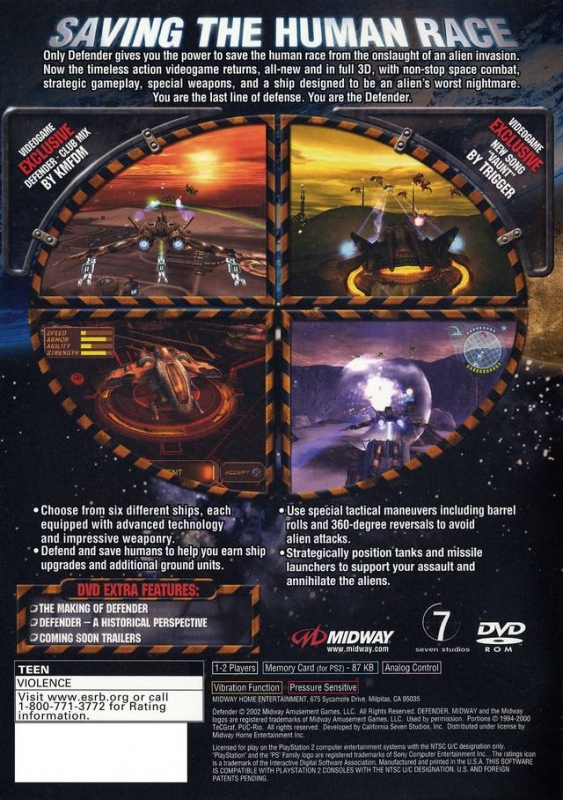 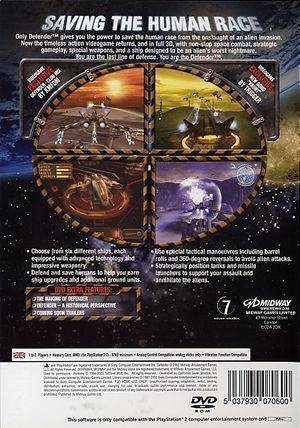 This all-new 3D Defender, based on the arcade classic, offers players space-combat action as they fight to defend their solar system and save the human race from alien invasion. In addition, Defender will showcase elements of strategy, multiple types of humans to protect and use, ground units for players to defend and strategically position, and bases to build and expand. Players will also be able to take flight in new, upgradable Defender ships as they take on the invading aliens.