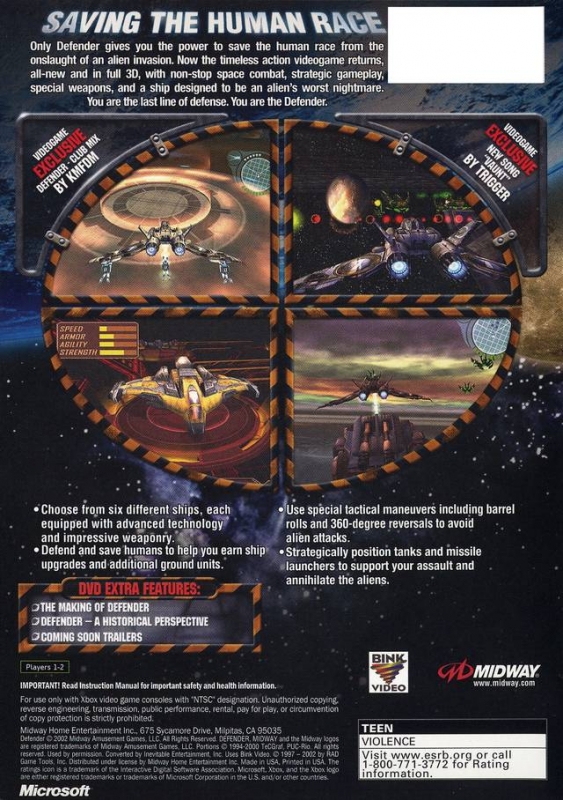 An intense combat-action flying experience, Defender offers players the ultimate in next-generation action and strategy. Players defend and protect the human race from an alien invasion as they assume the controls of next-generation combat-ready Defender ships. Aliens can be taken head-on in single-player campaign mode or defeated with a friend in the two-player, cooperative campaign mode as you deploy an arsenal of weapons such as a grenade launcher, fast-lock missile launcher, fireball launcher and gas launcher.