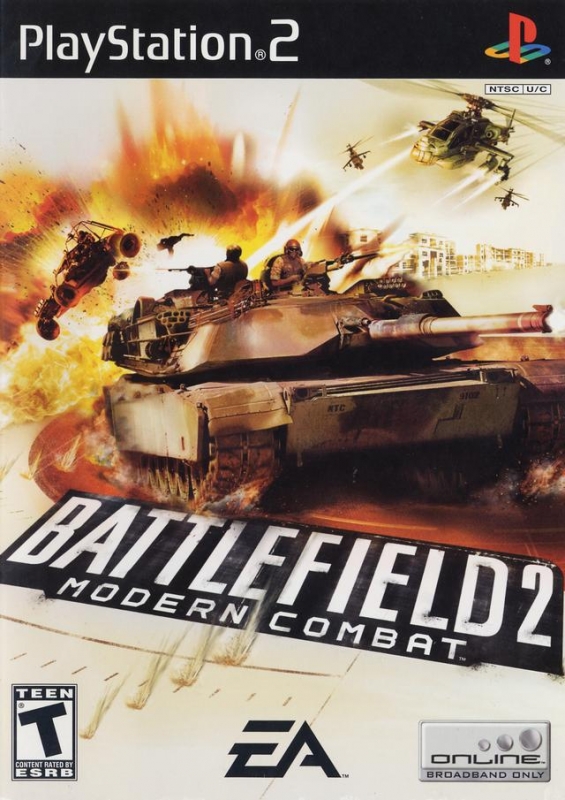 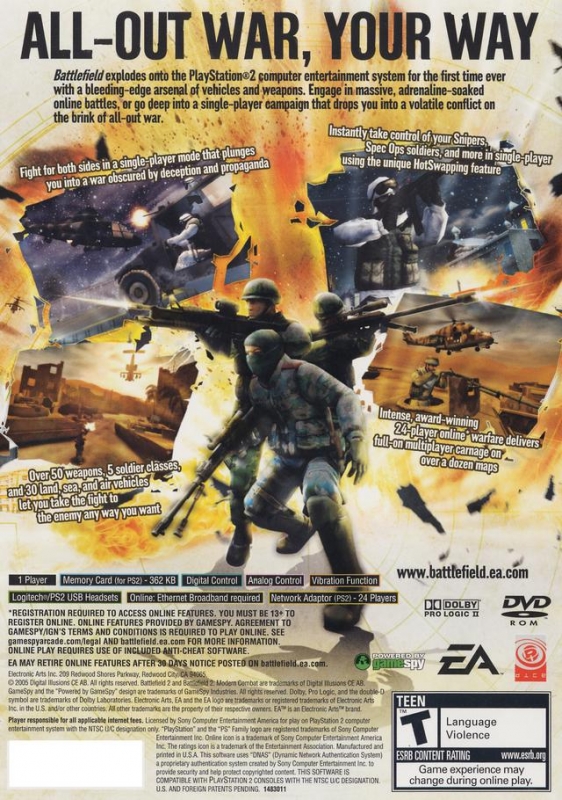 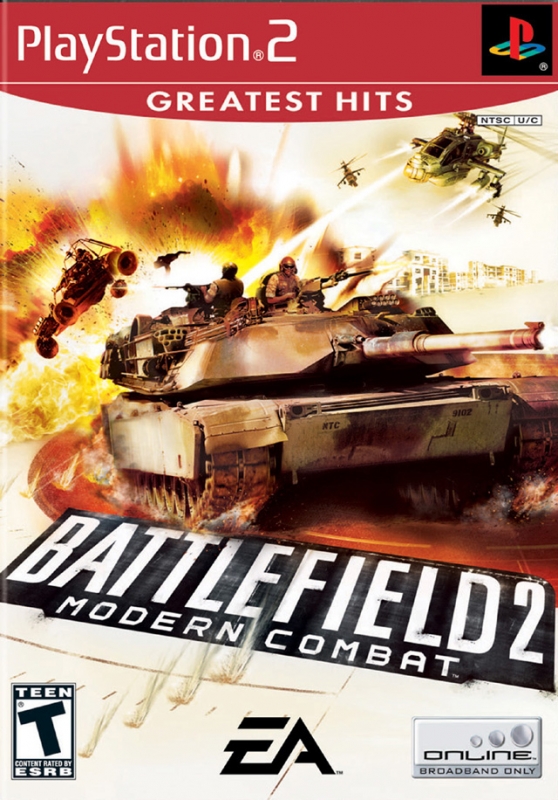 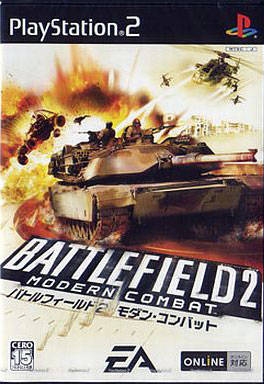 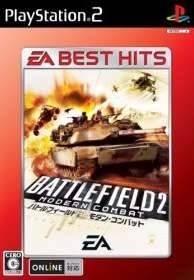 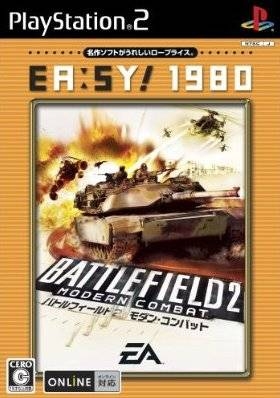 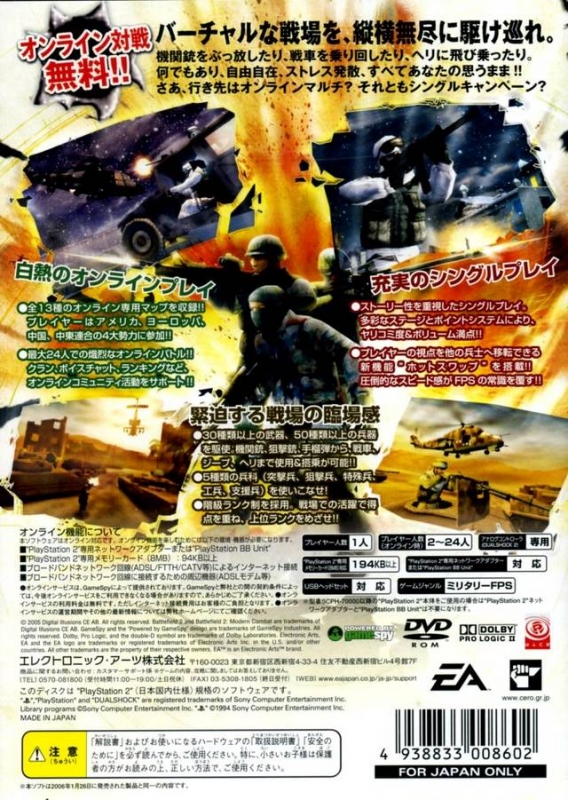 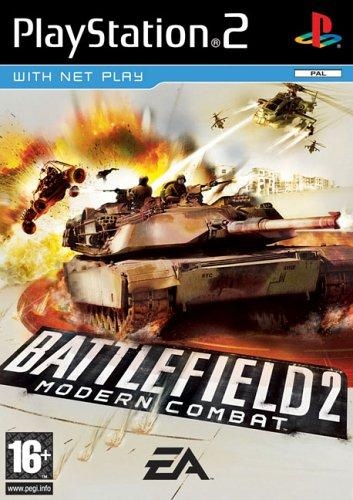 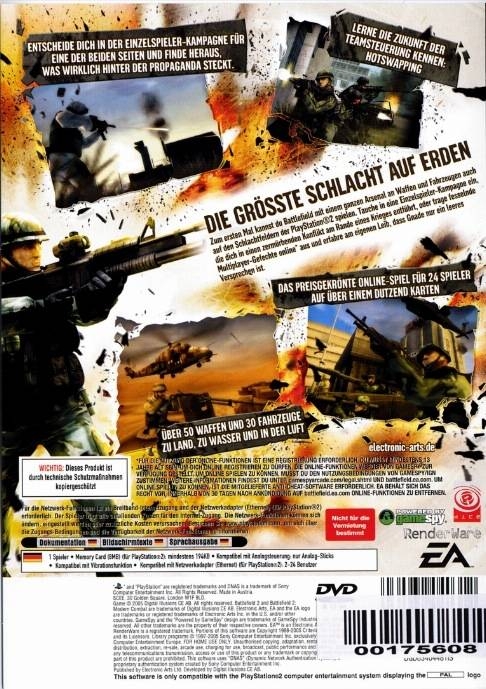 The award-winning Battlefield franchise comes to the Playstation®2 computer entertainment system and drops owners into the heat of battle in the high tech frontlines of Battlefield: Modern Combat™. The game brings the intensity and excitement of Battlefield 1942™ PC into the modern era with the latest, most technologically advanced vehicles and weapons systems available to man. Focusing on the action-packed, multiplayer style that has earned the franchise critical acclaim, gamers will prepare for all-out war on the modern battlefields of the world. Players will choose to fight for one of three military superpowers – the Unites States, the Chinese, or the newly formed Middle East Coalition. Armed with the latest modern weaponry, they can then take control of any of the 30+ vehicles in game to engage in major conflicts with up to 24 players in some of the largest online battles on the PlayStation 2 console.