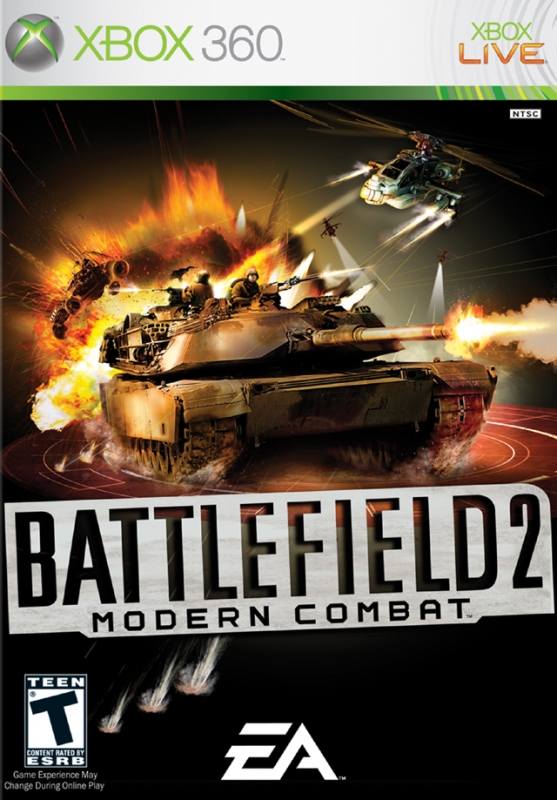 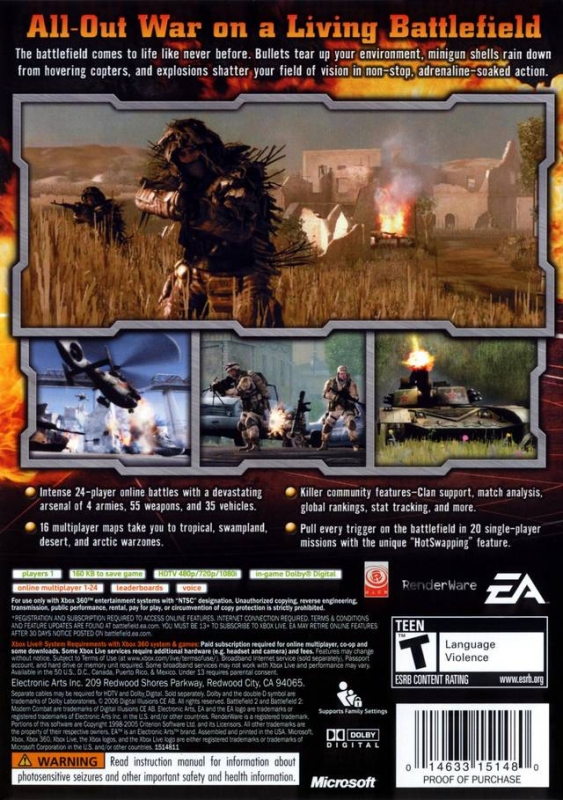 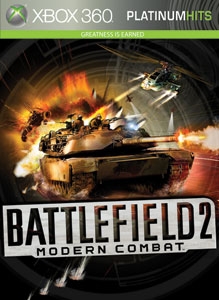 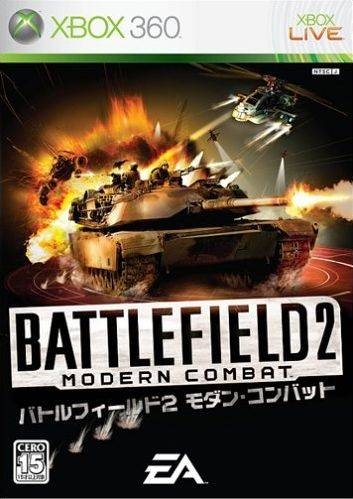 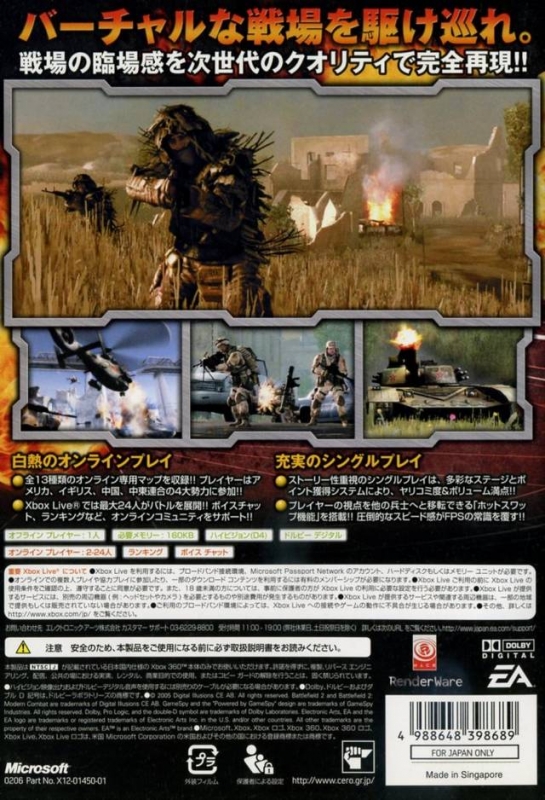 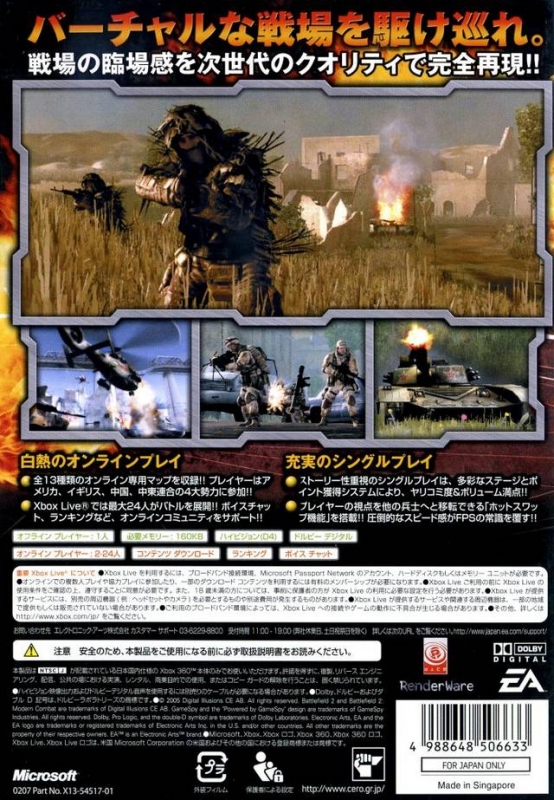 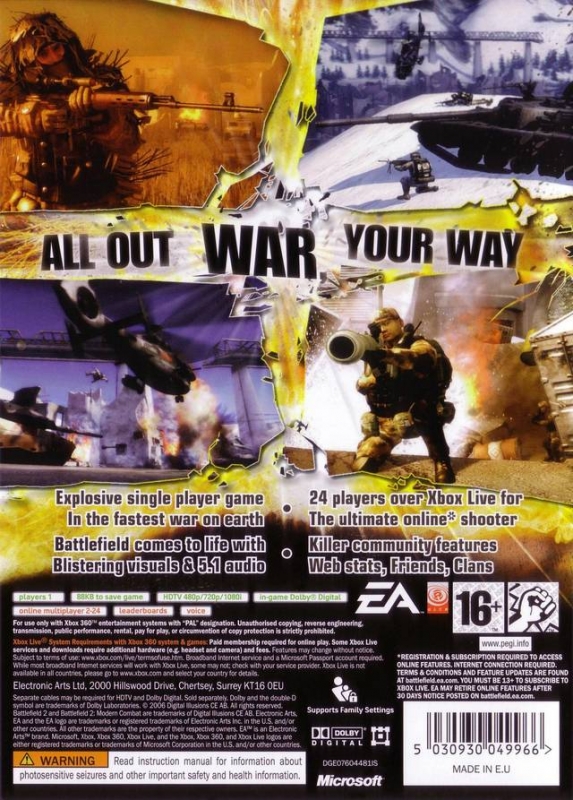 This is no minor skirmish - this is all-out war.

The award-winning Battlefield franchise finally explodes onto the Xbox, dropping players into the heat of battle with Battlefield 2: Modern Combat™. The game brings the over-the-top action and excitement of the Battlefield series into the modern era with a bleeding-edge arsenal of vehicles and weaponry allowing for the most extreme "Battlefield Moments" yet.

Battlefield 2: Modern Combat features a propaganda- fueled single player campaign where gamers see both sides of a conflict in one of the most treacherous regions in the world – Kazakhstan. Gamers will plunge headlong into the fog of war and must ultimately choose sides in a furious showdown where nothing is as it seems.

Battlefield 2: Modern Combat also delivers the Battlefield franchise's trademark multiplayer action, delivering fierce 24 player online battles. Fighting for one of 4 sides – the US, the European Union, the Chinese, or the newly formed Middle East Coalition -players armed with the latest modern weaponry can choose to control any of the 30+ vehicles in the game.