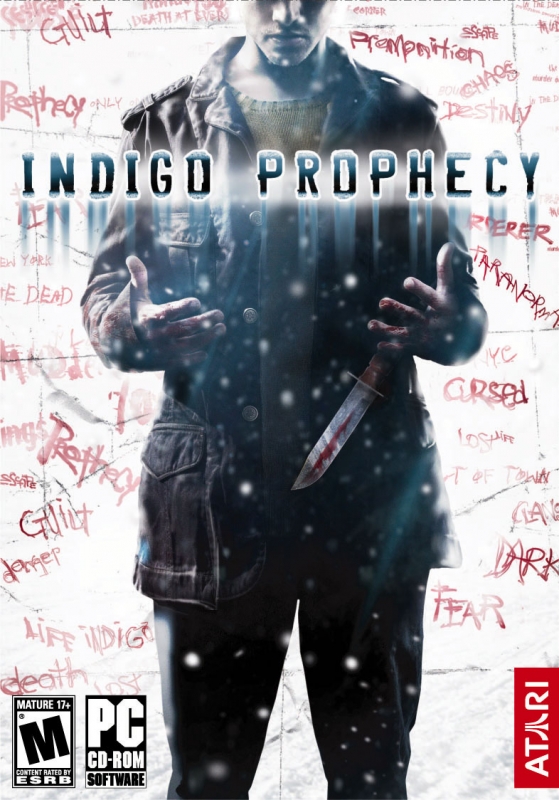 In Indigo Prophecy, New York City is stunned by a series of mysterious murders, all following the same pattern: ordinary people are killing absolute strangers in public areas.  Lucas Kane becomes another one of these murderers when he suddenly kills a stranger in a men’s bathroom.  Covered in blood, Lucas regains consciousness with no recollection as to why he committed murder.  Hunted by police, Lucas must uncover the supernatural forces behind his crime before being incarcerated for life.

A free-flowing game during which players can assume the role of multiple characters and experience the game from multiple viewpoints, Indigo Prophecy allows players’ actions to affect the plot by offering a scenario driven interactive experience – each and every decision made by the player will impact how the in-game story unfolds.  Through motion picture techniques such as actor direction, multi-camera views, motion tracking and a contextual music score, players find themselves intimately immersed in the game.