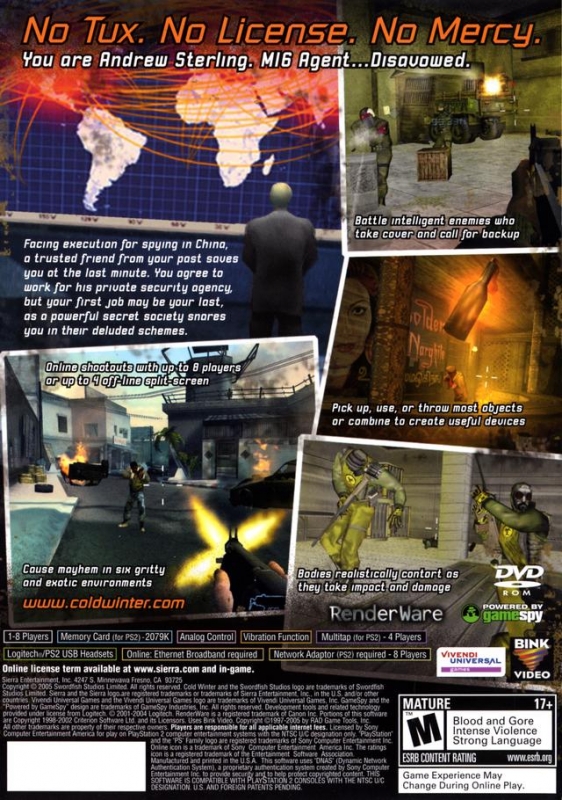 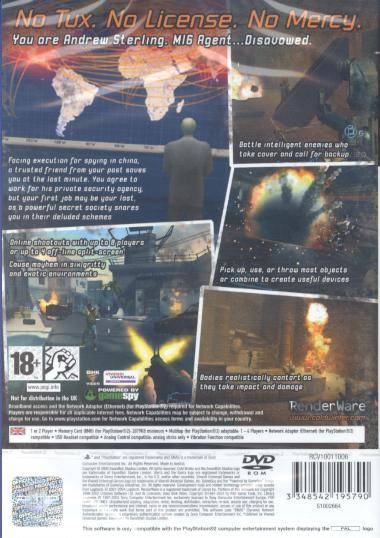 Things are looking pretty bleak for MI6 agent Andrew Sterling; captured, tortured, languishing in a Chinese prison and abandoned by his chain of command, all he can do is await his imminent execution. However, when a mysterious ally from Sterling's past frees the incarcerated agent, he sets in motion a chain of events that threaten the very foundations of global security. Uncover a tale of espionage, intrigue, double-crossing and revenge in this action-packed, spy thriller-styled FPS.

Cold Winter's story has three distinct threads, played out over 13 suspense-drenched single-player missions. Sterling's quest for answers takes in a diverse variety of beautifully realised environments, from China and North Korea to India and Cairo.

The game's numerous enemies will use teamwork and strategic thinking to try and thwart your progress, laying down suppressing fire for one another and seeking cover at every opportunity. Successfully completing your mission will require you to use your head as well as your trigger finger. Cleverly, Cold Winter lets you collect and combine objects from your environment to create tools, weapons and traps.

Not recommended for younger or more squeamish players, Cold Winter uses a variety of effects such as ragdoll physics and vivid blood splatters for maximum gore factor.