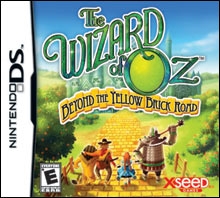 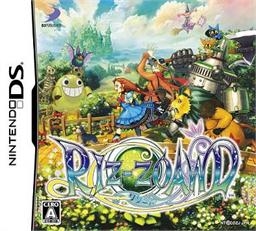 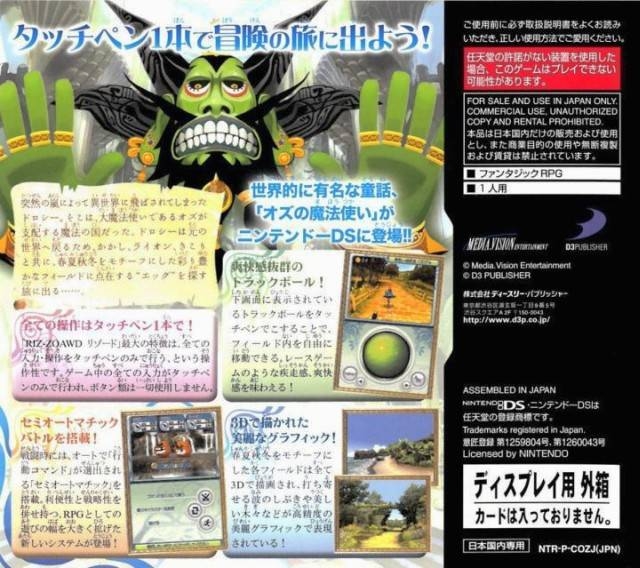 The Wizard of Oz: Beyond The Yellow Brick Road (DS)

Dorothy, together with her dog, Toto, has been swept away from her home in Kansas by a tornado, only to realize that she has now touched ground in an unfamiliar new land. A voice calls out to her to follow the Yellow Brick Road if she wishes to return home, but that path is an arduous one with multiple obstacles and foes. Three of the foes bested by Dorothy on this path; Scarecrow, Lion, and Tin Man, offer to join Dorothy on her journey.

As the four new friends complete the journey to the end of the Yellow Brick Road, they encounter the larger than life Wizard of Oz within his magical castle. Despite his almost limitless power, there are four witches running amuck within his land that he just can't control. Dorothy and her friends are tasked with defeating the witches with a return trip to Kansas as the reward, but is this new mission beyond the Yellow Brick Road everything it appears to be?