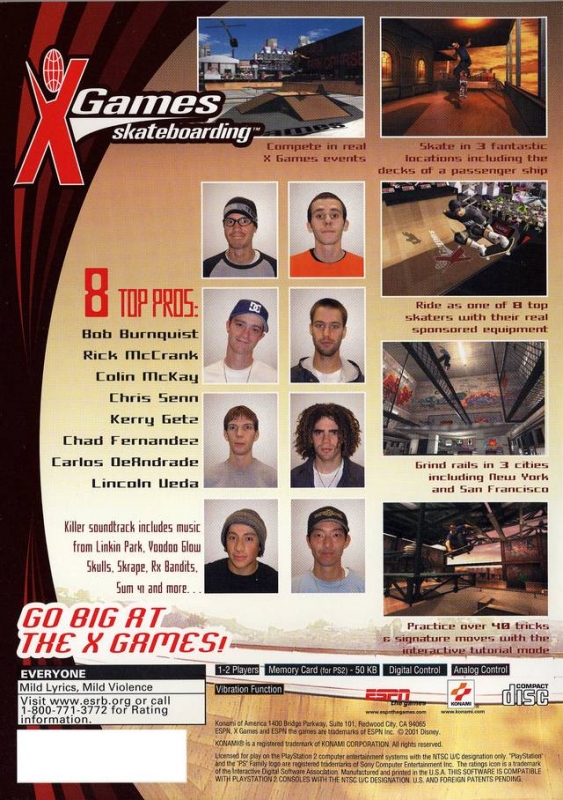 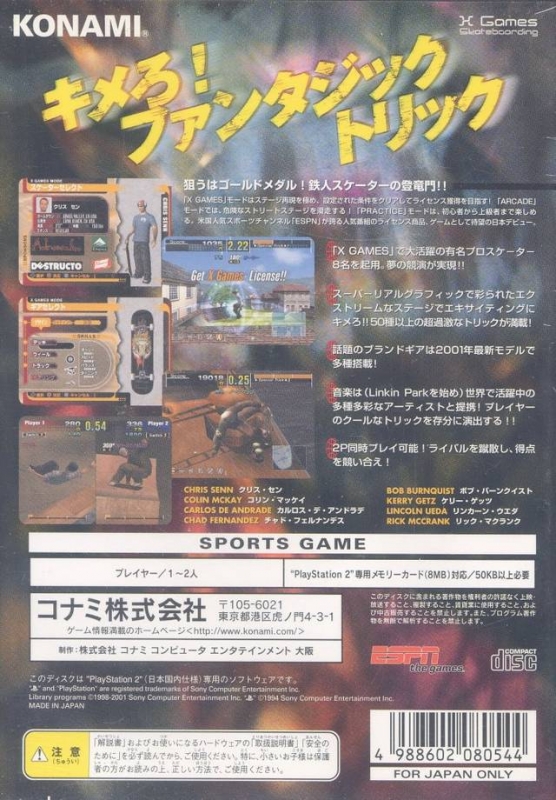 ESPN X Games Skateboarding lets gamers compete at the largest action sports event in the world. Drop into the half pipe and pull a heelflip 360 as you soar over the crowd. Or grind rails in the park course where every part of the real X Games courses have been re-created. Master over 40 tricks and signature moves on six action stages, ranging from the streets of L.A. to the deck of a passenger ship! ESPN X Games Skateboarding combines the authentic competition, music and lifestyle of the X Games with the rush of intense skateboarding.