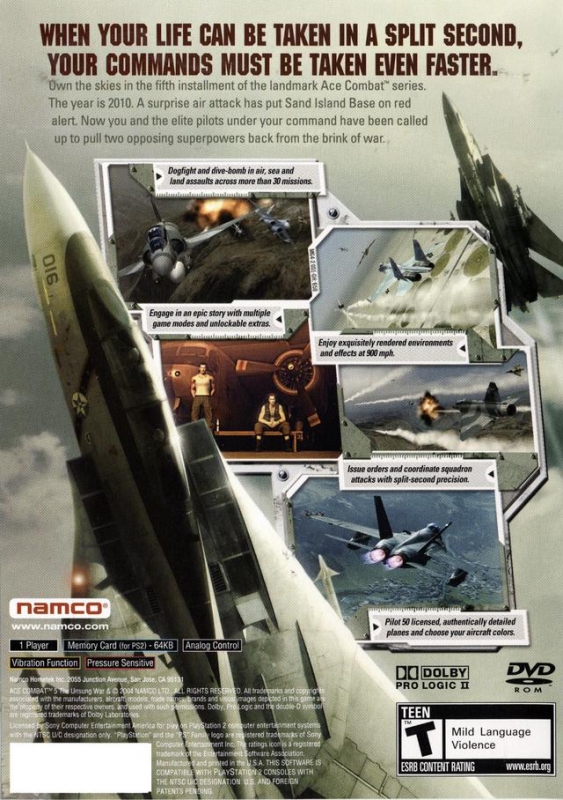 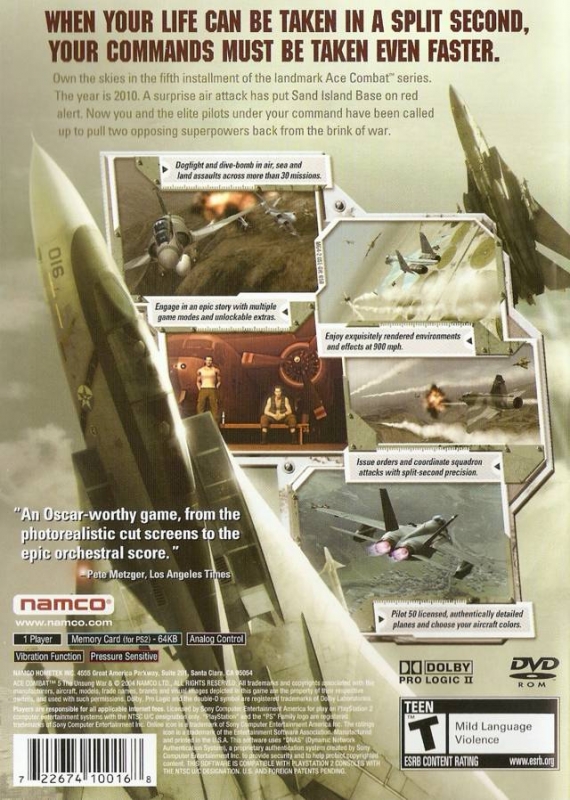 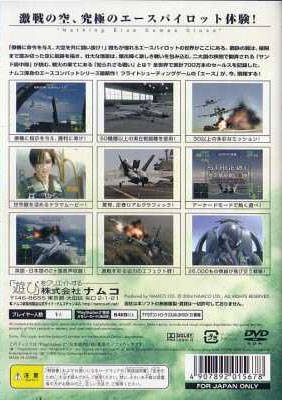 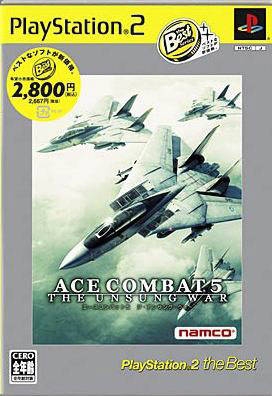 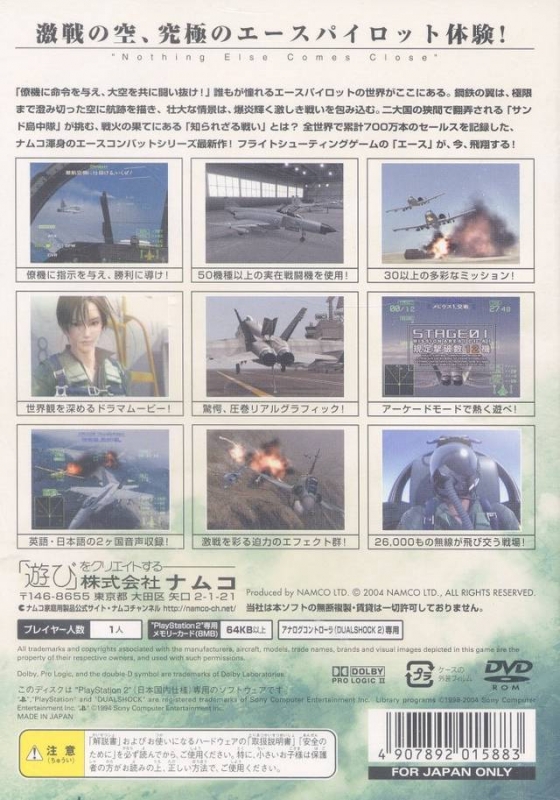 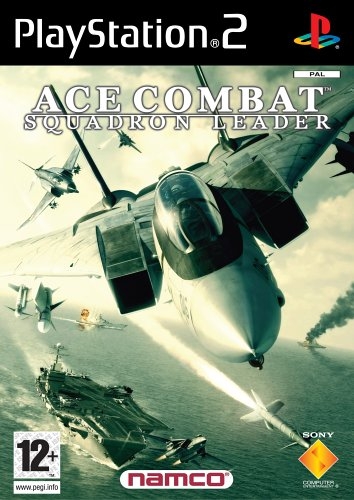 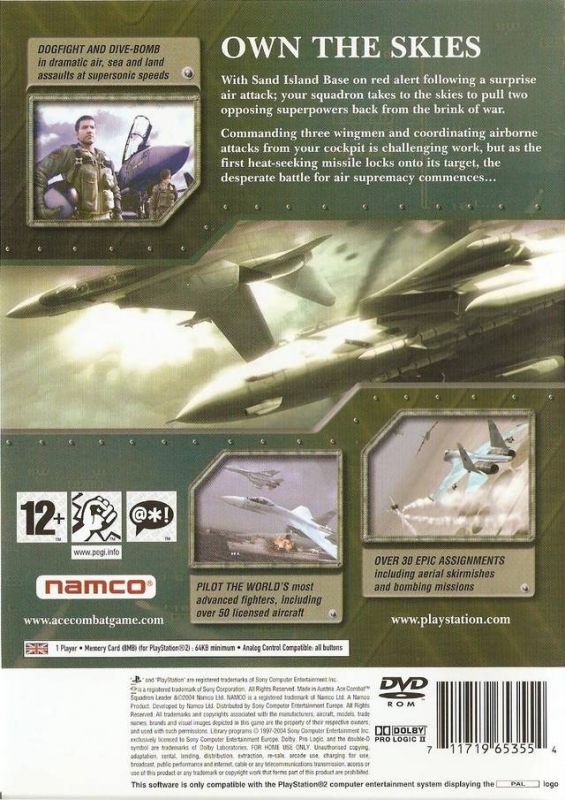 Ace Combat 5: The Unsung War is a game for the PlayStation 2 developed by Namco. It is a semi-realistic fighter pilot simulation. It is part of the Ace Combat series of games. In Europe and Australia this game was released under the title Ace Combat: Squadron Leader.

With the campaign mode the player takes on the role of the trainee Blaze of the Osea Air Defense Force (OADF). After a routine training mission that resulted in the death of two instructors and numerous trainees, Blaze is bumped up to being an active member of the Wardog squadron that includes Kei Nagase (Edge), Alvin Davenport (Chopper), and squad leader Jack Bartlett (Heartbreak One). Osea is subjected to strange recon activities by an unknown nation, believed to be the nearby Yuktobania, a massive superpower that matches Osea in military might. Tensions rise between Osea and Yuktobania, and the Wardog squadron is sent to investigate. Soon, The Union of Yuktobanian Republics declares war on the Osean Federation. But, this war was not instigated by Yuktobania, as is believed early in the game. The fallen nation of Belka (Squirrel in Russian), which was defeated by the allied forces of Osea and Yuktobania in The Belkan War of 1995, sought revenge and pitted the two nations against each other.

With the arcade mode the player takes on the role of Mobius 1 from Ace Combat 04 in a more fast-paced game with different missions and objectives than the campaign mode.