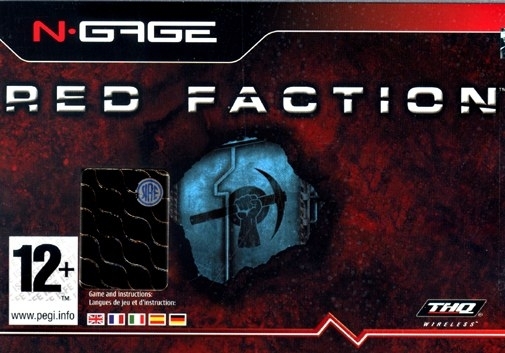 As Parker, a miner working in appalling conditions beneath the surface of Mars, you become caught up in a rebellion triggered by inhuman working conditions and a deadly plague. During the course of 12 levels, set across land, sea and air environments, you fight overwhelming odds in your quest to free Mars from the evil Ultor's grip. The first 3D first-person shoot-em-up for the Nokia N-Gage game deck, Red Faction was developed by Monkeystone Software, run by Doom and Quake legend John Romero. Featuring 2-player action and levels that progress from gritty underground mines to pristine labs on Mars' surface, Red Faction mixes frenetic action with an absorbing storyline.