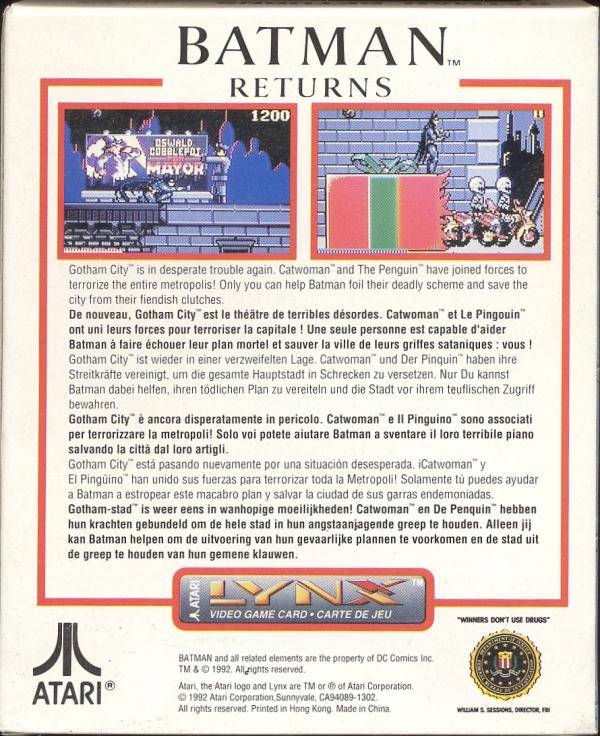 Gotham City is in desperate trouble again. Catwoman and The Penquin have joined forces to terrorize the entire metropolis! Only you can help Batman foil their deadly scheme and save the city from their fiendish clutches

Oswald Cobblepot, better known as The Penguin, has just ruined Gotham
City's gala Christmas party. Now The Penguin and Catwoman are
terrorising the city. In a flash Bruce Wayne changes into the
world's most famous super-hero, Batman! He revs up his Batmobile
and races out in hot pursuit of his mortal enemies. But is it too late?