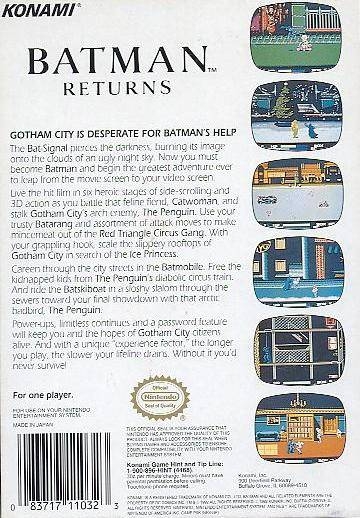 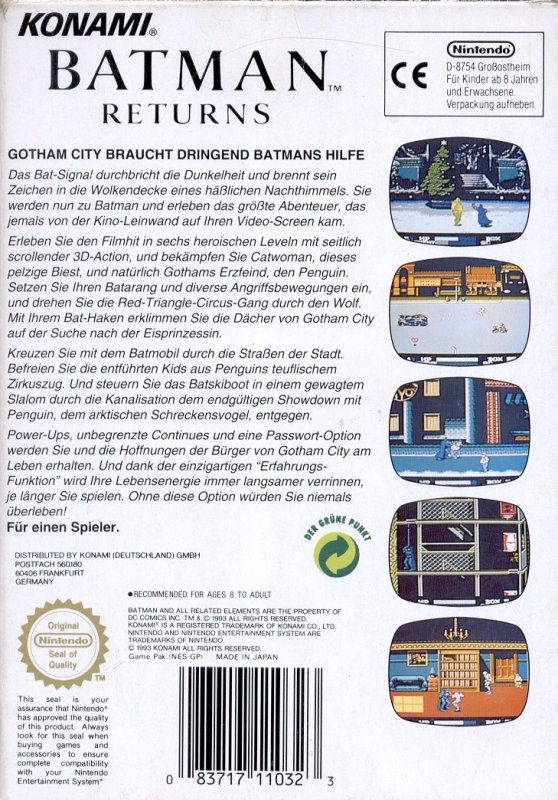 The Bat-Signal pierces the darkness, burning its image onto the clouds of an ugly night sky. Now you must become Batman and begin the greates adventure ever to leap from the movie screen to your video screen.

Live the hit film in six heroics stages of side-scrolling and 3D action as you battle that feline fiend, Catwoman, and stalk Gotham City's arch enemy, The Penguin. Use your trust Batarang and assortment of attack moves to make mincemeat out of the Red Triangle Circus Gang. With your grappling hook, scale the slippery rooftops of Gotham City in search of the Ice Princess.

Careen through the city streets in the Batmobile. Free the kidnapped kids from The Penguin's diabolic circus train. And ride the Batskiboat in a sloshy slalom through the sewers toward your final showdown with that arctic badbird, The Penguin.

Power-ups, limitless continues and a password feature will keep you and the hops of Gotham City citizens alive. And with a unique "experience factor," the longer you play, the slower your lifeline drains. Without it you'd never survive!

[Batman Returns - NES, US Back Cover]