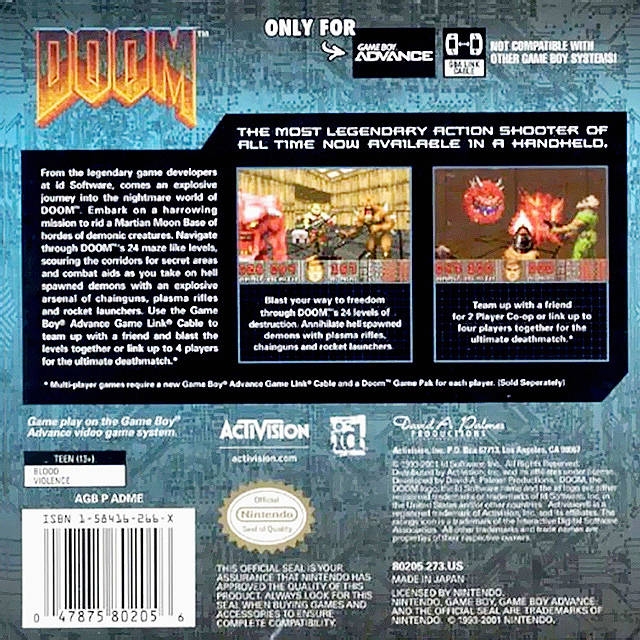 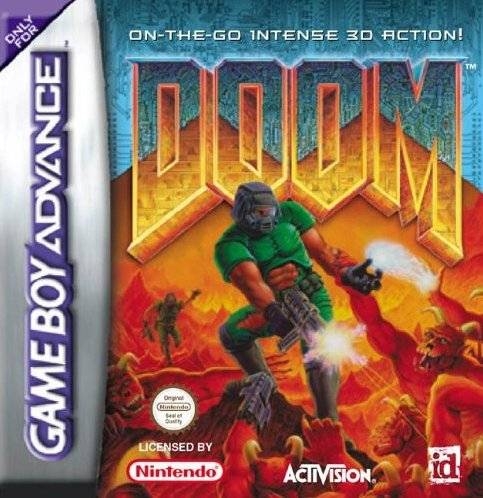 DOOM challenges gamers to assume the role of a lone Space Marine who must rid a Martian moon of an army of gruesome, hell-spawned creatures that have invaded it. Equipped with an explosive arsenal of weapons including Chainguns, Plasma Rifles and Rocket Launchers, players will face off against demons and opponents through 24 enormous single-player levels and eight dedicated multiplayer maps. In addition, players can team up with a friend and blast through DOOM’s maze of levels with a friend in cooperative mode.