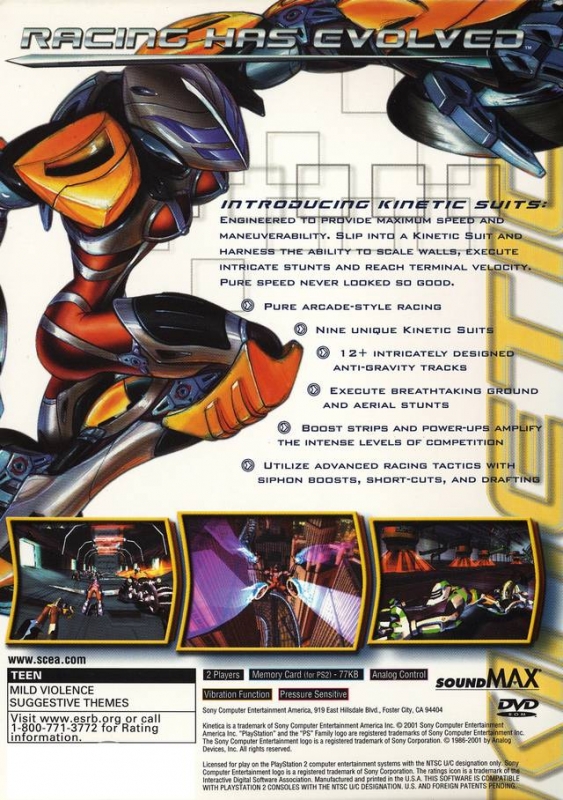 Pure arcade-style racing focuses on the thrill of competition. Everything from the Kinetic Suit technology to aggressive opposition delivers an adrenaline-filled racing experience.

Kinetica: The race for which the Kinetic Suit was invented, and the most extreme physical challenge known to man. Kinetic Suits, scientifically advanced exoskeletons, fuse with individuals, allowing them to harness excessive speed, incredible agility, and unique technology that enables them to adhere to almost any surface. Kinetica tracks are specifically designed to allow the pure competitive nature of racing to dramatically assert itself through multiple line corners, alternative crossover pathways, and more. Finely tuned artificial intelligence will keep you on edge as each opposing Kinetic racer adapts and adjusts its driving over the course of the race. Strategically timed boosts, drafting off opponents and activating Siphon Boosts, stimulate the competitive element within the interactive field of racers.