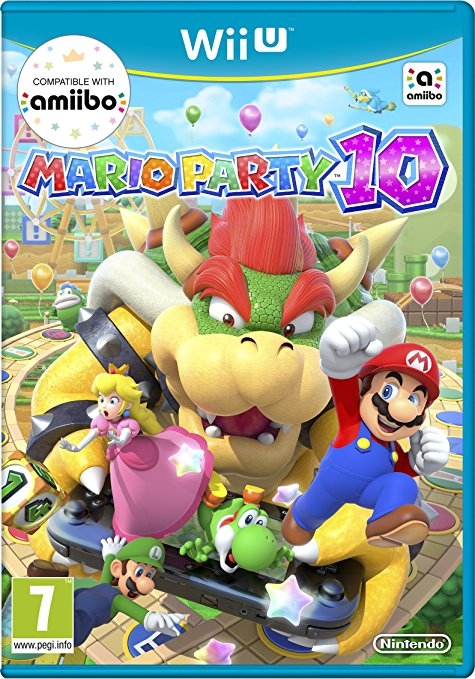 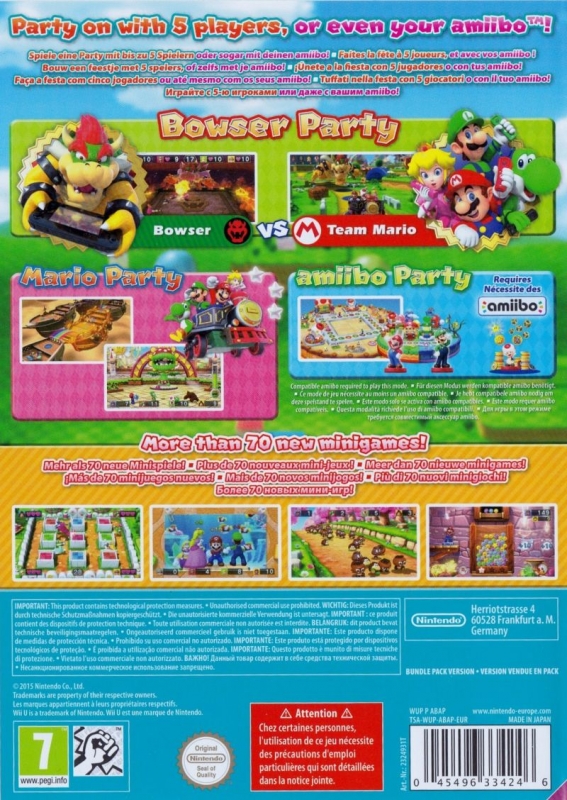 Bowser crashes the latest Mario Party, the first installment of the series on the Wii U console. In the new Bowser Party mini-games, play as Bowser himself and face off against up to four others playing as Mario and friends. Control Bowser using the buttons, motion controls and touch screen of the Wii U GamePad controller in different ways, and wreak havoc as Bowser in each mini-game while the other players strive to survive.