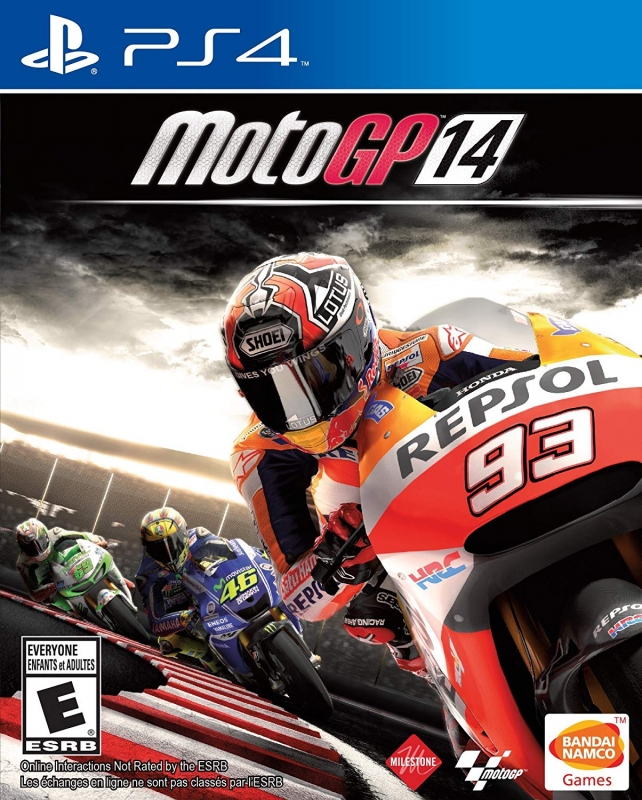 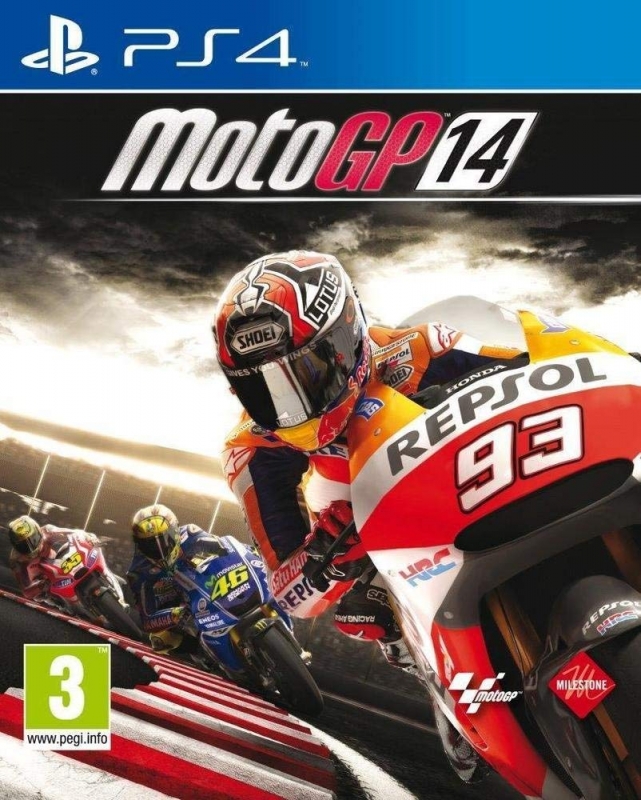 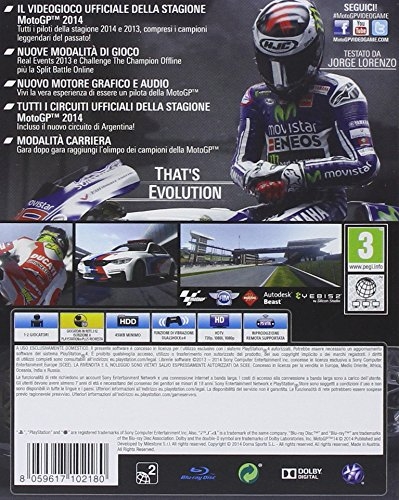 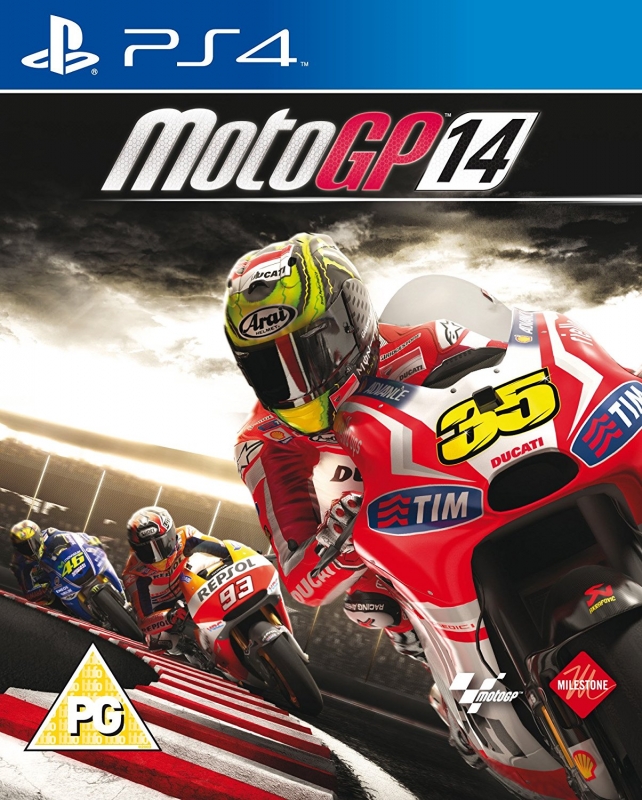 Live on the MotoGP™ edge on PlayStation®4.
More than 100 available riders, all the official manufacturers, all racing classes and 18 tracks in the brand new chapter based on the Official MotoGP™ World Championship.
The MotoGP™ season 2014 is about to start and with it, the development of the MotoGP™ Videogame as well. Much news is on its way including lots of technical and social improvements that the new console generation has brought into Milestone. A completely redesigned engine will see its maximum appearance not only on PlayStation®4 but also on the past gen platforms; a new audio engine, new real time lighting effects, graphic details that have never seen before on a two wheeled game and, finally, with a richer and evolved Multiplayer experience.

GRAND PRIX
It offers you the chance to choose the race options and get to the track. Available options allow to customize the race experience from a simple quick race to a full race week-end with all the real sessions.

WORLD CHAMPIONSHIP MotoGP™
The game mode has teams and riders from the 2014 MotoGP™, Moto2™ and Moto3™ categories. In World Championship mode you ride a season in the shoes of a real MotoGP™ rider.

TIME ATTACK
This is a game mode that allows you to tests your performance on a race track without opponents, in order to achieve the best possible bike setup or an unbeatable time for the online leaderboards.

REAL EVENTS
Relive the best moments of the MotoGP™ with real events game mode! Including the Historic riders and the ones of the 2013 MotoGP Season. For example: do you want to get in the shoes of Marc Marquez and battle side-by-side with Jorge Lorenzo on the last, thrilling lap? You can!

RIDER EXPERIENCE (Career mode)
Rider experience mode brings a new, different experience to the MotoGP™ world. This is the road to become a great MotoGP™ rider, beginning from the lower class, Moto3™ and going ahead through the Moto2™, winning races, changing teams with different and prestigious supporting sponsor.

The following aspects are included in the career mode:

PRESS, FANS AND SOCIAL NETWORKS
Every rider has his own fans army! They update their mood and opinions about you. News and social feeds are always under your radar appearing in each menu page.

CREATE YOUR RIDER
You starts the journey by editing your virtual rider. The rider is fully customizable: from Name, Surname, Riding Styles, Face, Nickname to helmets and suits.

UPGRADE YOUR BIKE
During the season, in some special test sessions, you have to test new bike components that the team makes available in order to improve the team bike performance.

ONLINE GRAND PRIX
It has the same rules as an offline Grand Prix: you start together and battle it out for the podium. Online, you can use your custom rider or the official ones.

ONLINE CHAMPIONSHIP
Challenge through a series of races to complete an entire Championship. The Host can customize the online lobby to make its own game experience.

MOTOGP SPRINT SEASON
This is organized in 3 divisions, corresponding to the 3 classes. Your aim? Reach the MotoGP™ division and "win the championship". In order to do it, you need to collect a required number of points in a specific number of races in each division.

SPLIT BATTLE
In this game mode you compete in a race with special rules: In a constrained time you have to perform the maximum number of possible laps. The race aim is having the best time in each split time section, stimulating a close battle within the riders in which they keep steeling each other time sector.
Source: http://milestone.it/game_post/motogp14-2/?lang=en