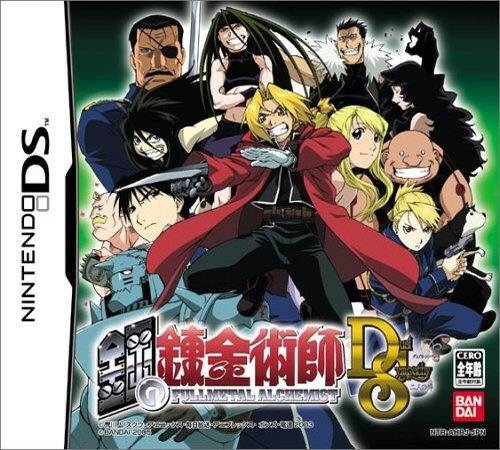 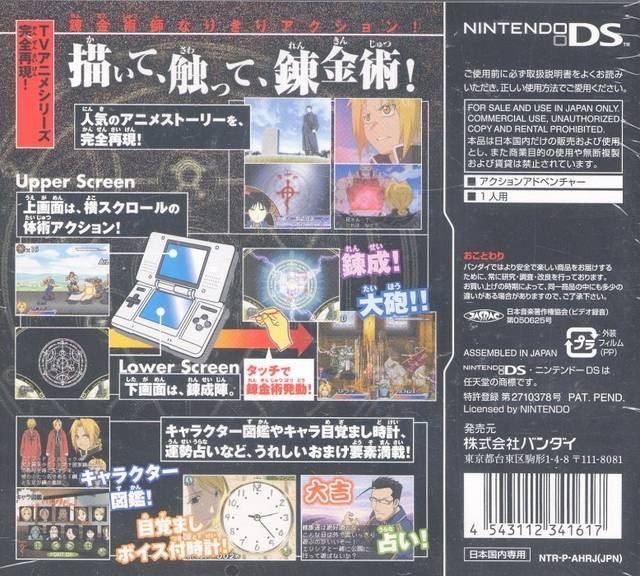 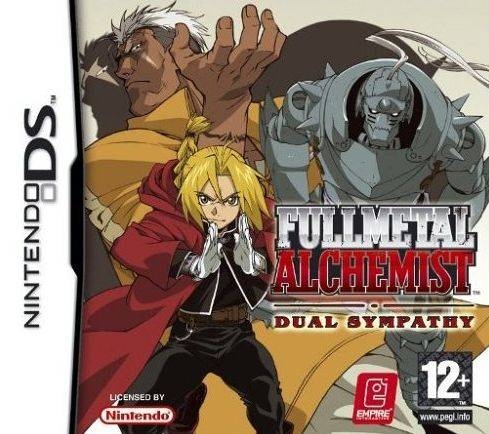 Put Adult Swim alchemy in the palm of your hand.

For Edward to possess the Philosopher's Stone, he has to go through the evil Homunculi in the first Fullmetal adventure for Nintendo DS!

Who knew science kicked so much butt? Brawling is the formula for Fullmetal Alchemist: Dual Sympathy, a side-scrolling action game that puts players in the role of Edward Elric, the Fullmetal Alchemist, on a journey to combat the evil Homunculi and acquire the fabled Philosopher’s Stone.

Alchemy might be hard, but controlling Fullmetal Alchemist is easy. You press A to attack and B to jump. Players can execute different attack combos, but make no mistake: the game's formula calls for tons of brawling.

The most valuable attacks come from the DS touch screen. Each of the six playable characters have special attacks, and to activate them, all you'll need to do is touch the appropriate icon on the touch screen. Edward, for example, can put up walls and produce an explosion from a cannon. To activate these attacks, you'll just need to touch the respective icon.

As you fight through each level, you'll occasionally come across touch-screen challenges. You won't need to do this on-the-fly, which is important to note. The game will stop and let you prepare for the challenge. In one challenge, for example, you'll need to untie a kidnapped person.

Bottom Line
Although this game will mainly appeal to Fullmetal Alchemist fans, those who like brawlers should give it a look.