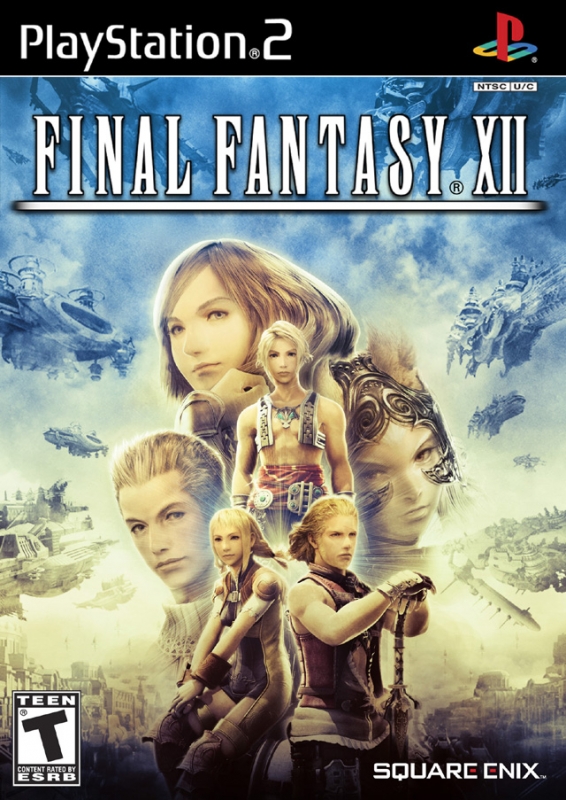 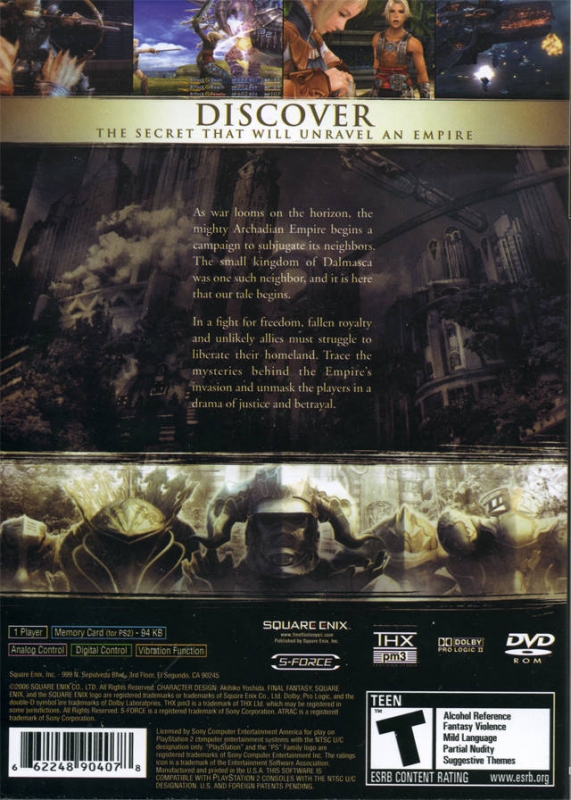 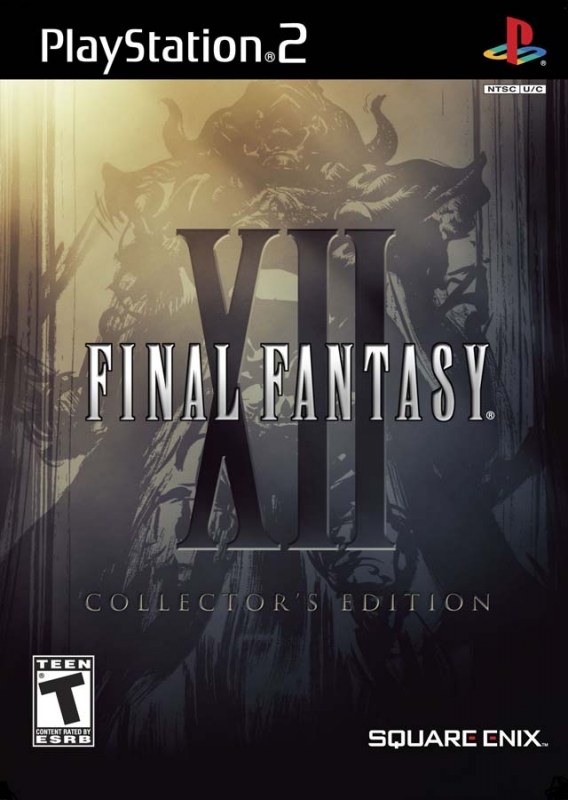 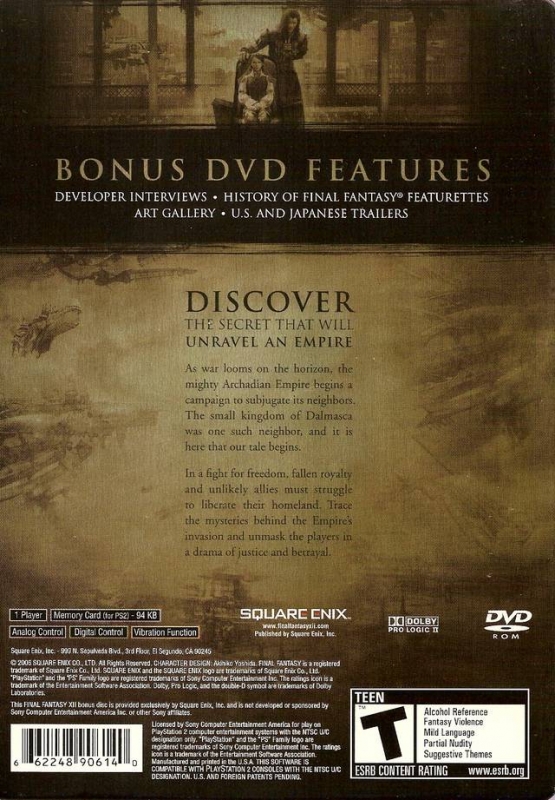 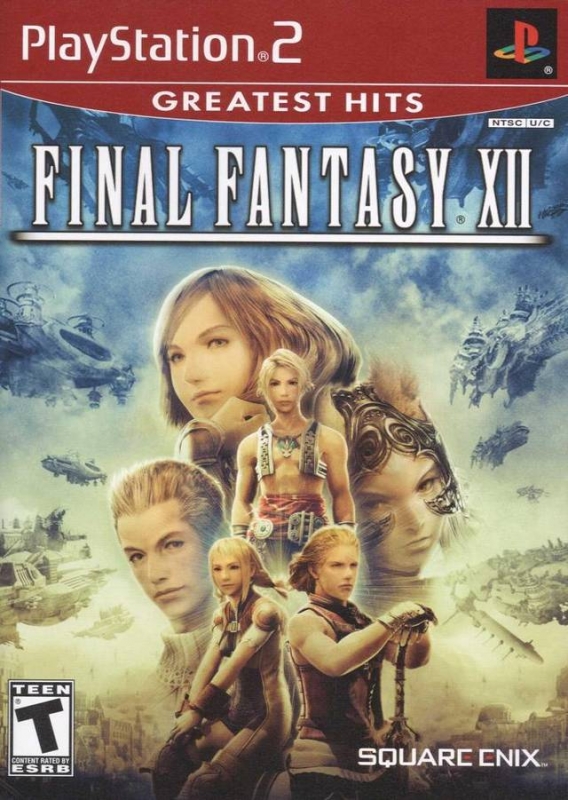 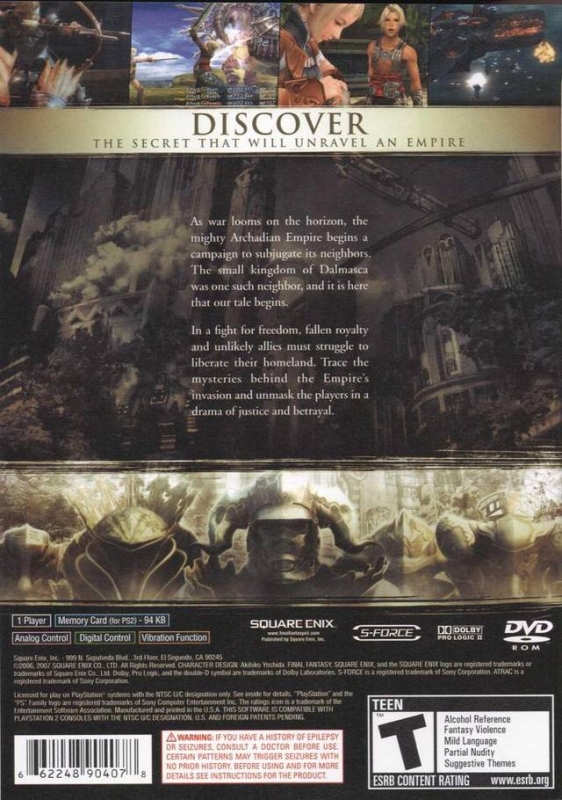 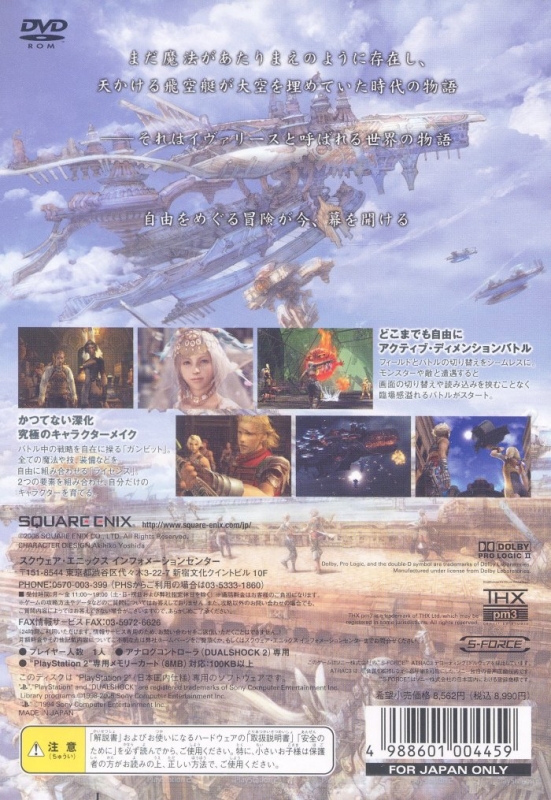 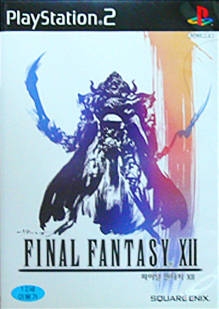 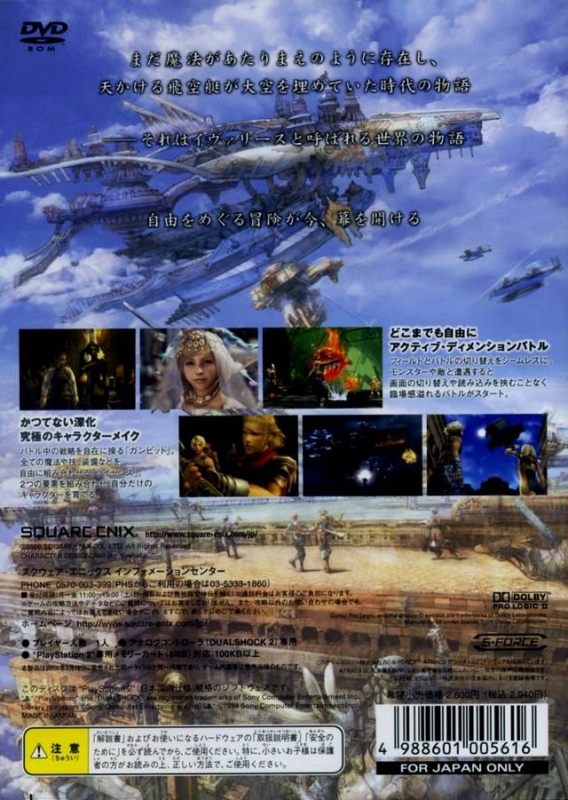 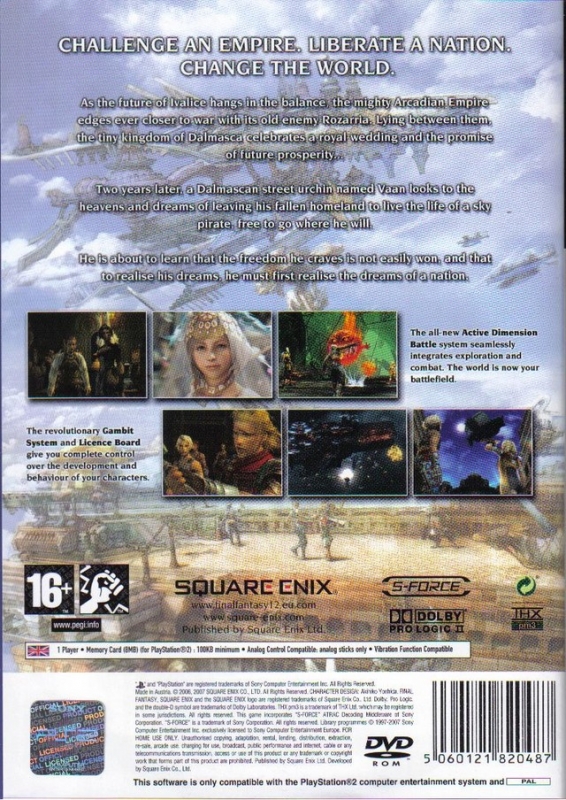 Quite possibly the most revolutionary JRPG since 1997.

I cant imigine FF13 besting FF12 in anything other than pure technical visuals, i have a feeling that the next final fantasy will suk when compared to FF12, this is a must play rpg. so play it.

I leave you with perhaps the most incredible monologue in videogame history. courtesy of the writers of Final Fantasy XII;

"shards of nethicite,cocoon of the sun-cryst, spill forth your mist upon this ivalice. Let sea and sky be awash in it, that bahamut might come and drink his fill. AND LO, how brightly burned their lanthorn, casts it back the shadow of accurian design. Testament that man's history shall be his alone, come revel in the glory of my triumph!" Dr. Cidulfus Demen Bunansa