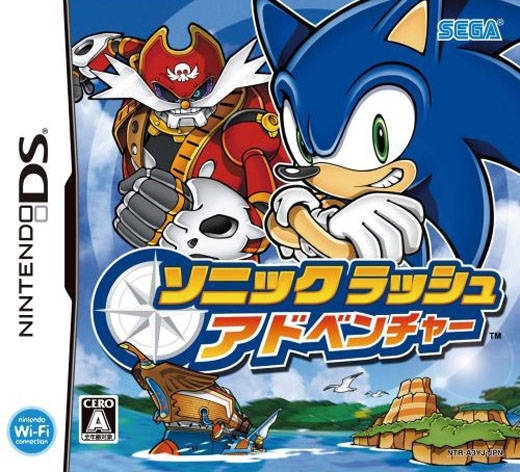 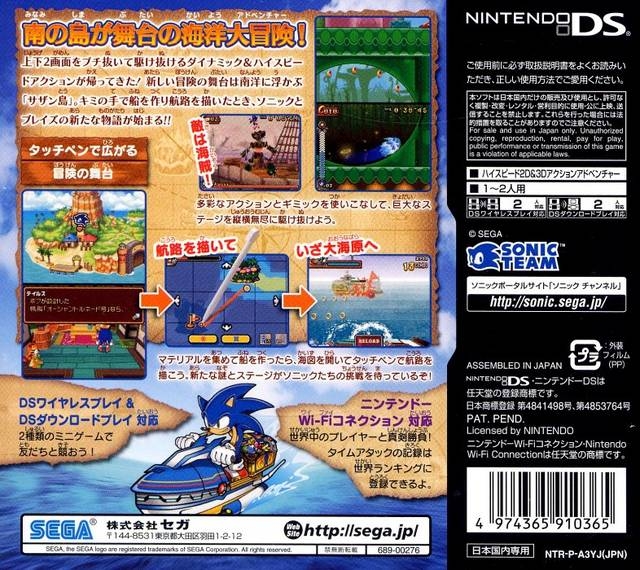 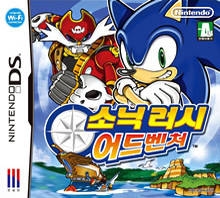 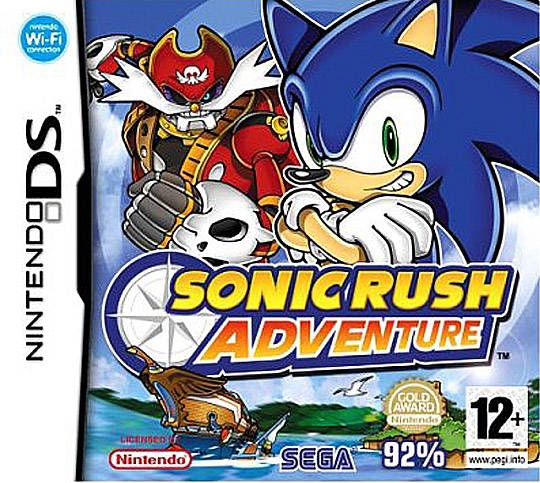 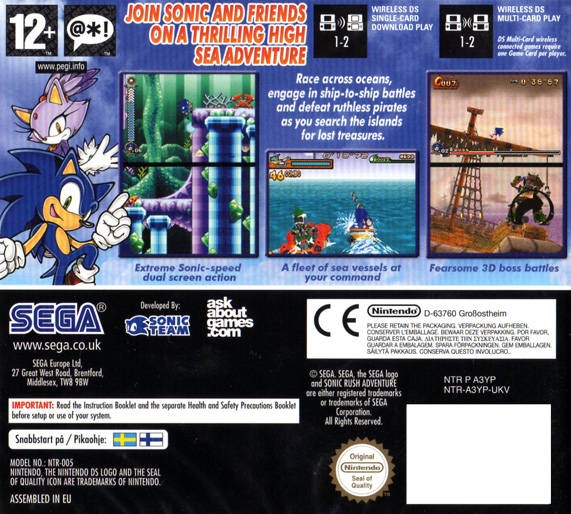 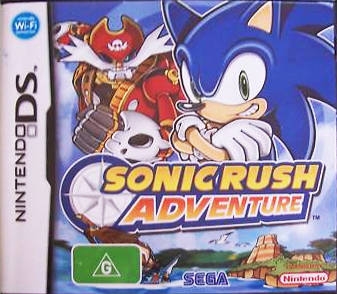 Sonic returns to the Nintendo DS™ with all the classic 2D dual screen action of Sonic Rush™, as well as a new high-seas adventure where he clashes with ruthless pirates. As Sonic, you will set off from Windmill Village to explore seven islands for action-packed adventures spread across a large map. As you venture, you will uncover valuable items and materials that will help Tails build new ships so that Sonic can track down the villainous pirates in a variety of ways. With a fleet of up to five ships, including a submarine, water bike, and hovercraft, you will use the touch screen technology in exciting new ways to control your ships as you race across the ocean gathering rings, busting tricks, and torching pirate ships in fierce ship-to-ship battles. At the end of each level, test your skills in epic 3D boss battles that span both screens, including the ultimate showdown with the evil pirate, Captain Whisker. Let the adventure begin!