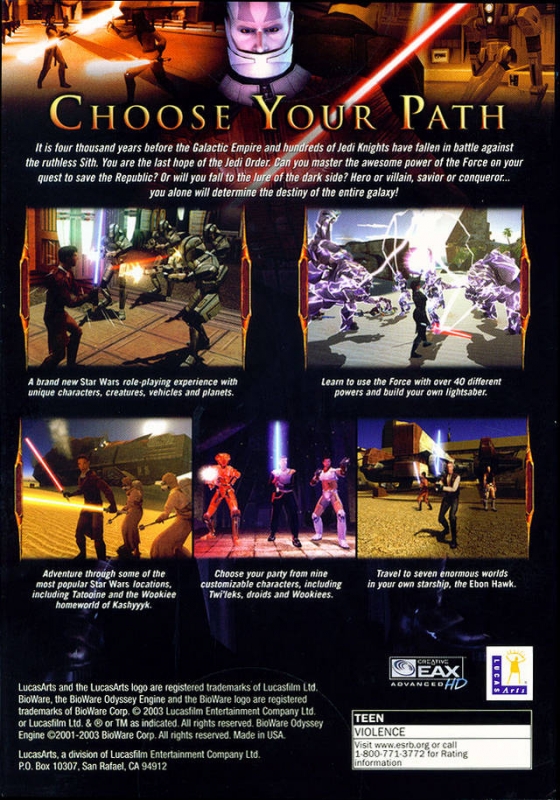 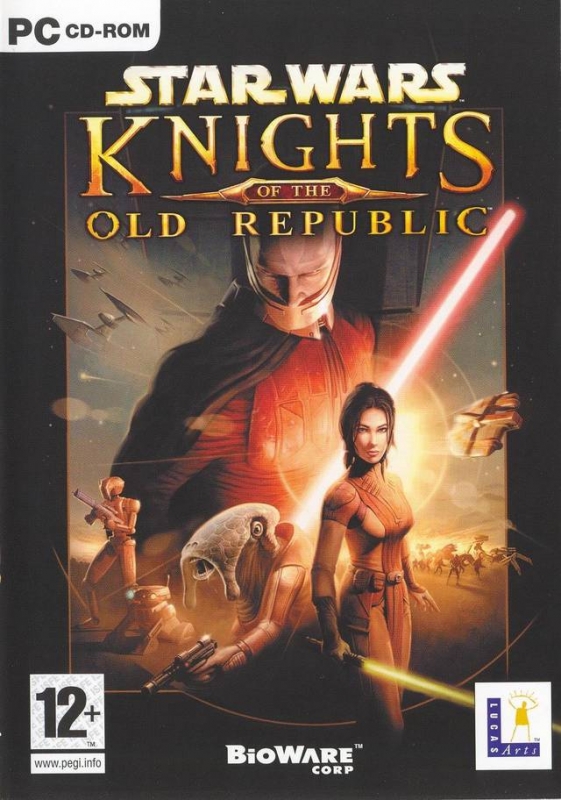 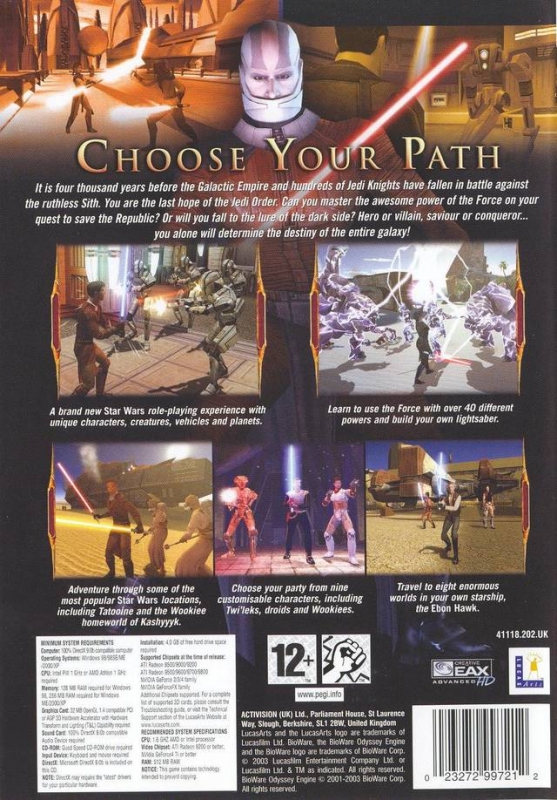 Engage in this saga set in the Golden Age of the Republic - over 4,000 years before the first Star Wars film, when both Jedi and Sith number in the thousands. With the Galaxy reeling from a recent conflict with the Dark Lords, the ongoing battle between the Jedi and the Sith rages on. Your actions determine the outcome of this colossal galactic war - and your destiny as a Jedi.