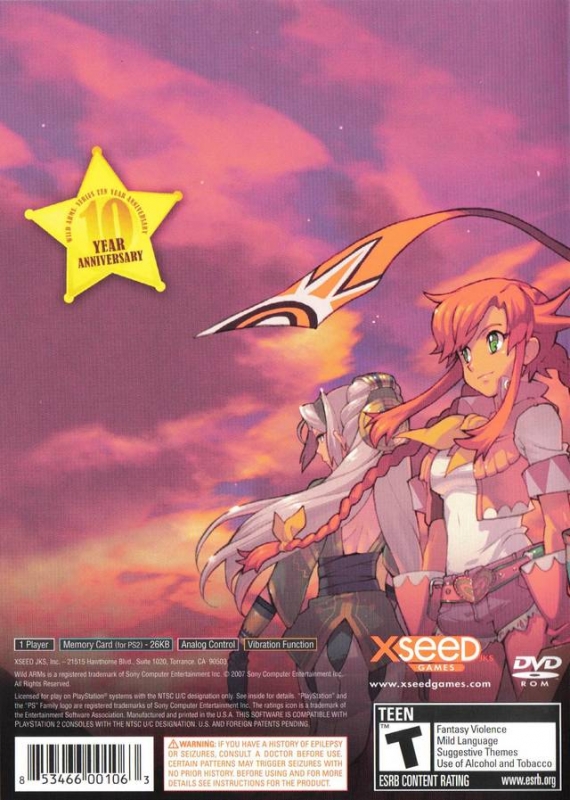 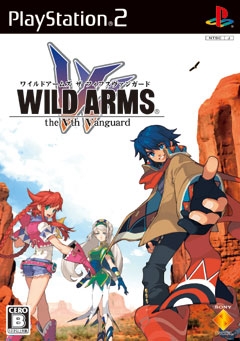 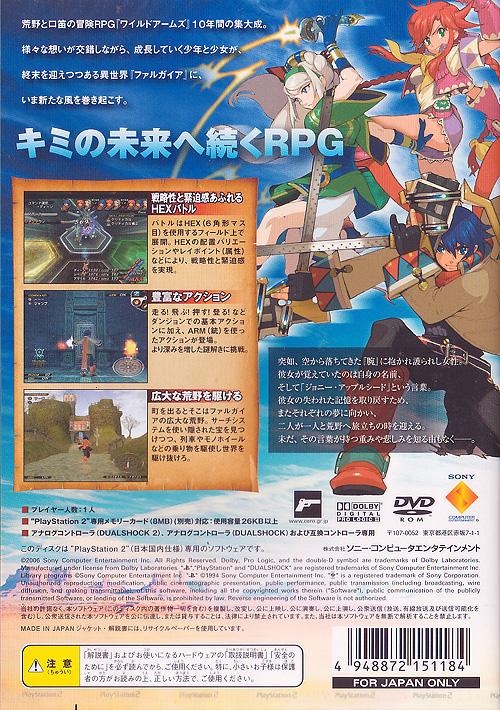 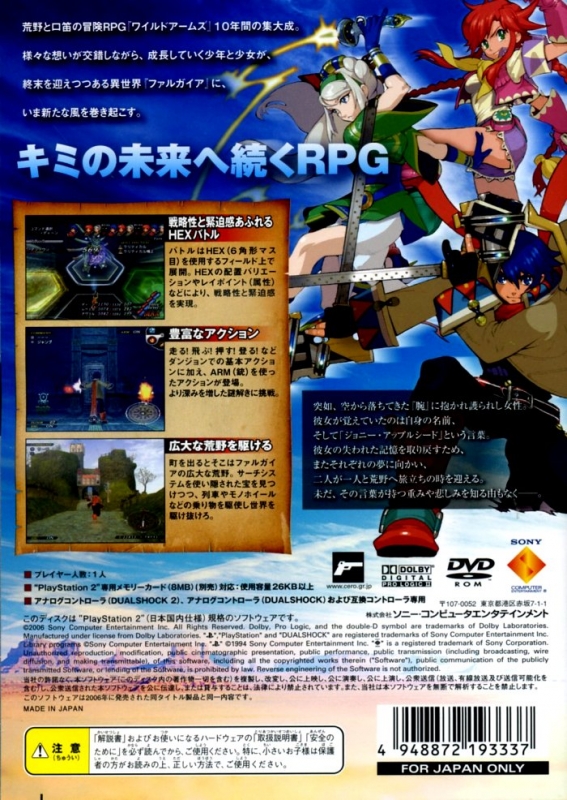 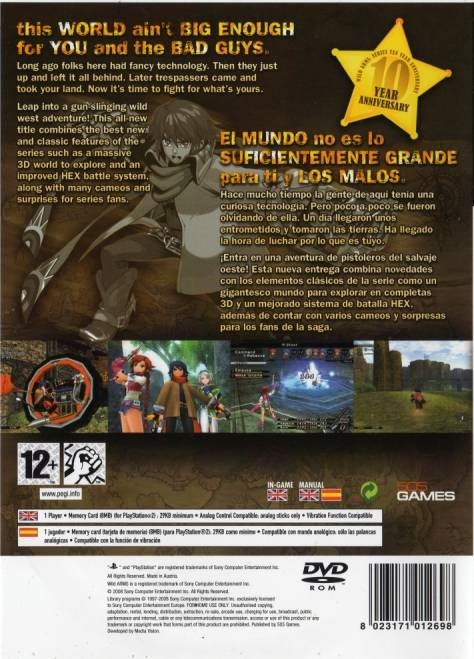 12,000 years ago, the world of Filgaia was immersed in technology beyond anything in the present day. For unkown reasons this technology was abandoned, leaving the human race to live in comparatively primitive state. All that remained were scattered mechanical parts and remnants of legendary golems - huge devices built to serve mankind. While the use of technology was mostly out of reach, there were some who researched the ancient devices, seeking to enrich their lives on their desolate world.

The situation changed about a hundred years ago when a race known as the Veruni arrived on this world. Similar in appearance to humans, the Veruni's superior physical attributes and advanced technology allowed them to quickly establish dominance over mankind. The human race was relegated to second-class status, with many forced to perform hard labor to survive.

Fast-forward to present day. In a small town called Capo Bronco on the outskirts of Filgaia, two youths, Dean Stark and Rebecca Streisand, witness an unbelievable event - the giant arm of a golem falling from the sky. Their disbelief grows when they discover within the clenched fists of the golem's hand a girl with little recollection of her past other than her name - "Avril". This chance encounter inspires Dean and Rebecca to travel with Avril across the wastelands of Figaia to help her regain her lost memories... Little do they know their journey will decide the date of all mankind...