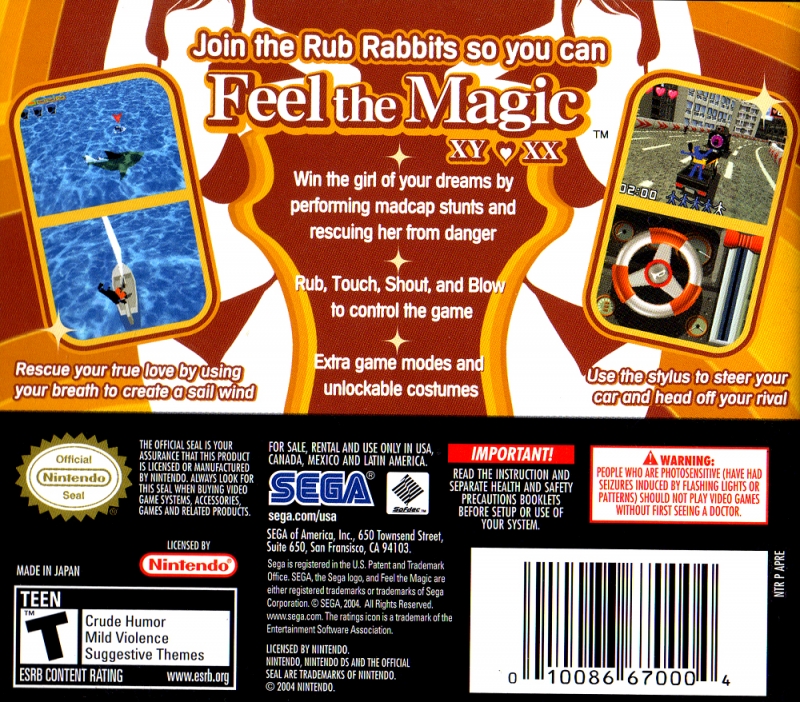 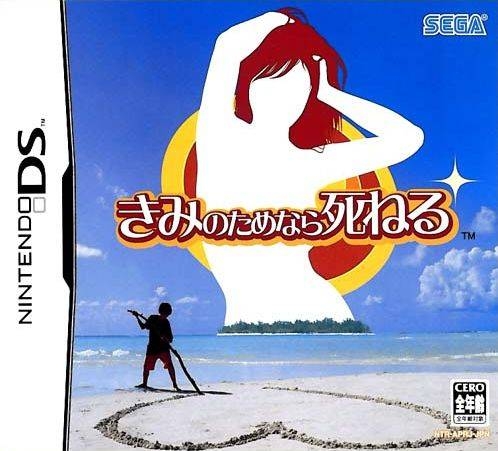 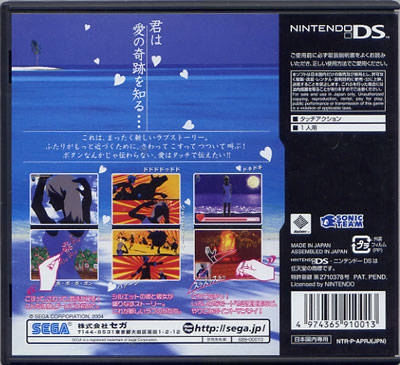 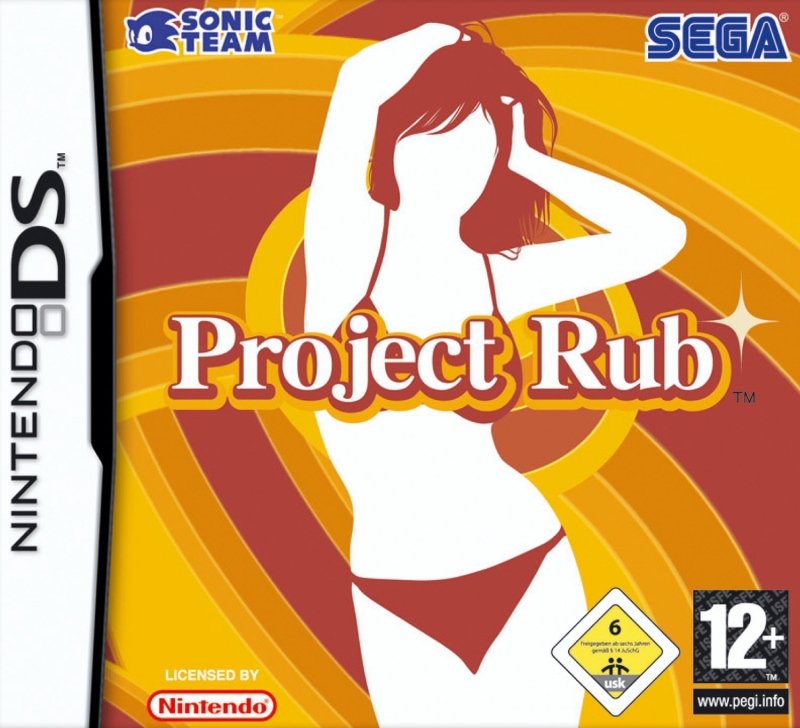 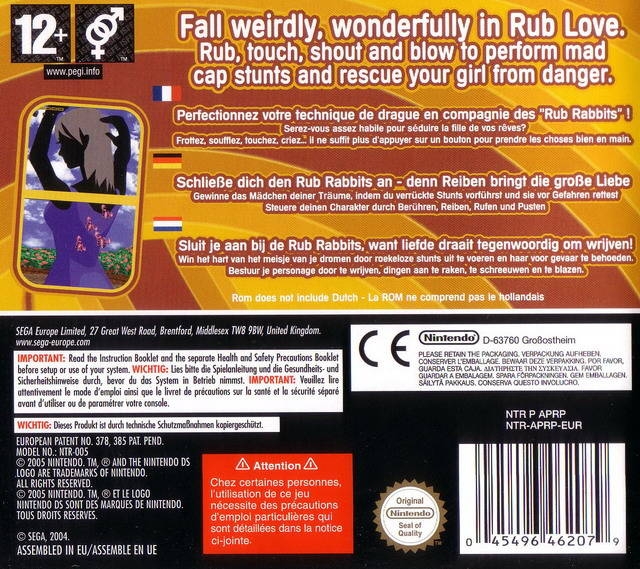 The day he saw her as they passed on the street, it was love at first sight.
But being an ordinary, shy boy, he could never get a girl like her.
Being the most sought after girl in high school, she had the brains, body, and smile that made all of the guys' hearts melt.
What should have ended in a crush was suddenly turned upside down when an unusual man with bunny ears on his head suddenly appeared.
This leader of the Super Performance Group, the Rub Rabbits, gave our hero the chance to earn the affection of his dream girl.
With a fish tank and some crazy stunts, he embarks on a love story unlike any other...

- From game back cover and instuction booklet