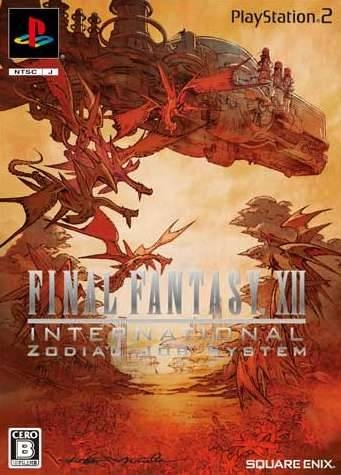 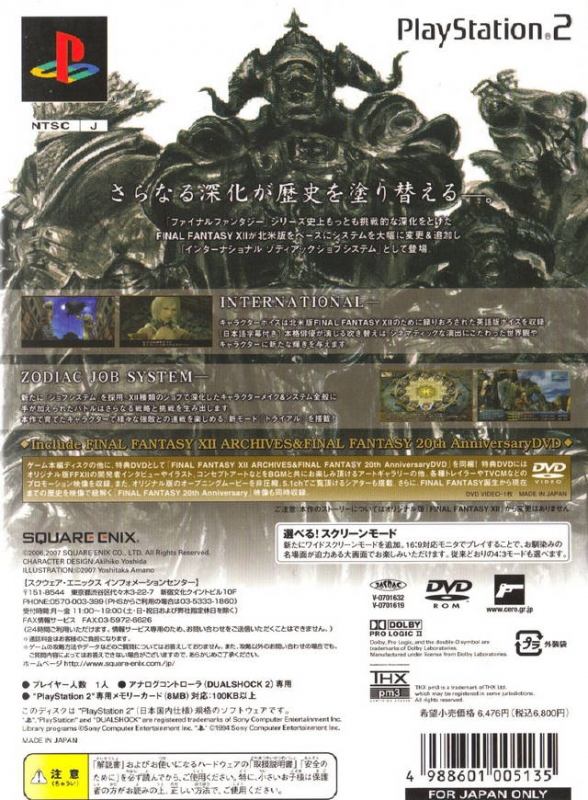 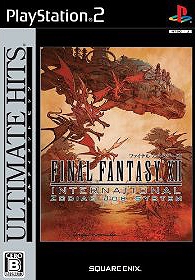 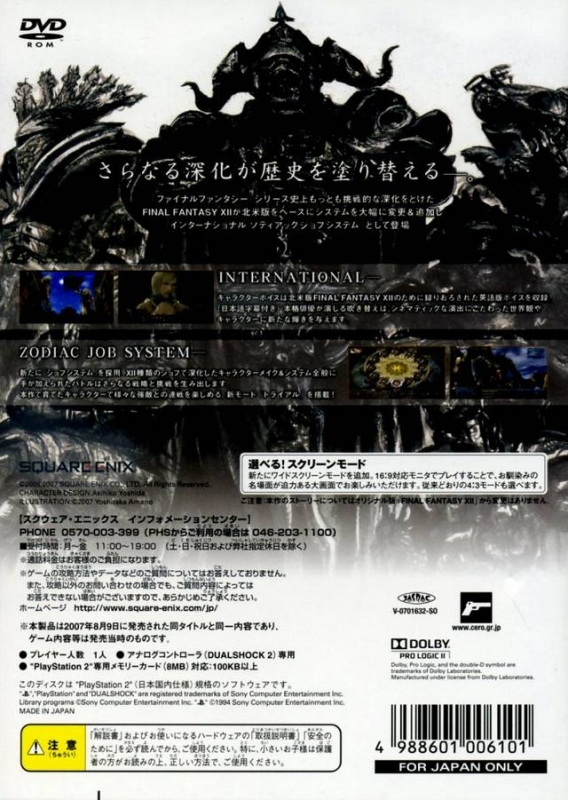 This is the Japanese International re-release of Final Fantasy XII.

The game includes a new take on the License Board system, with twelve grids available instead of one, each corresponding to a different Zodiac sign and Job. The battle system as a whole was also tweaked; guest characters are now controllable, while pressing the L1 button accelerates the game's speed. Additionally, the game features English voices and the widescreen 16:9 ratio support of the North American version, as well as a bonus disc based on the one initially released with the North American version. Finally, a new mode allows the player to hunt monsters and Espers in several series of small maps, to gain items and gil. A list of new features as below: