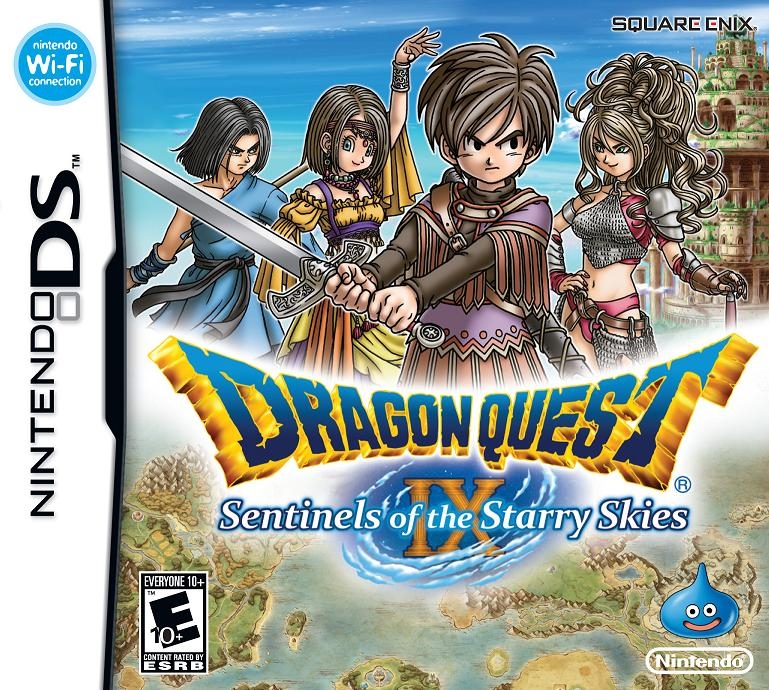 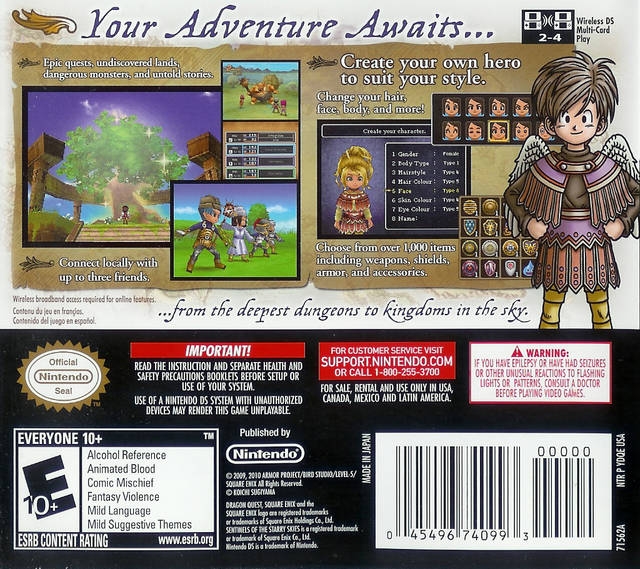 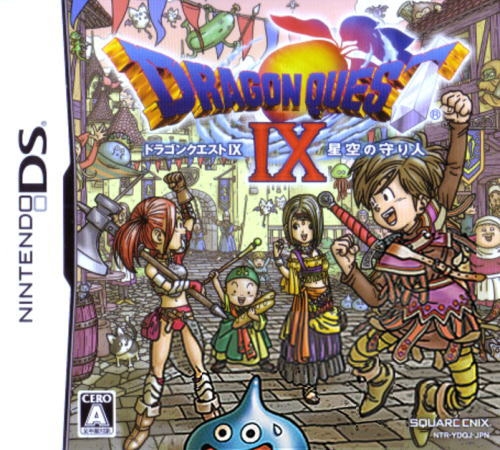 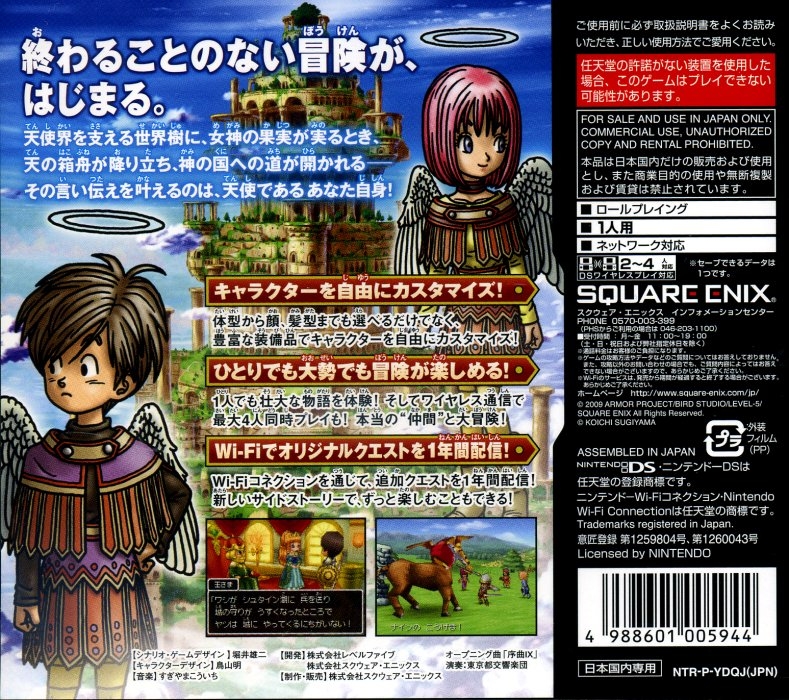 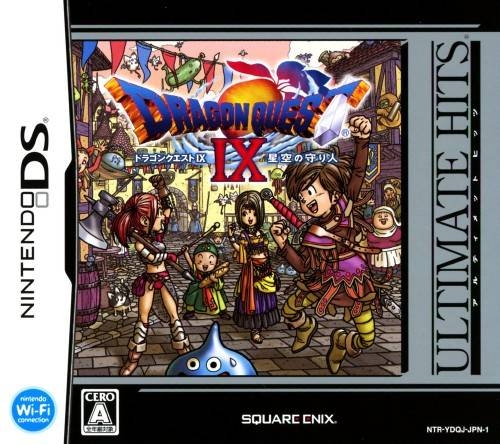 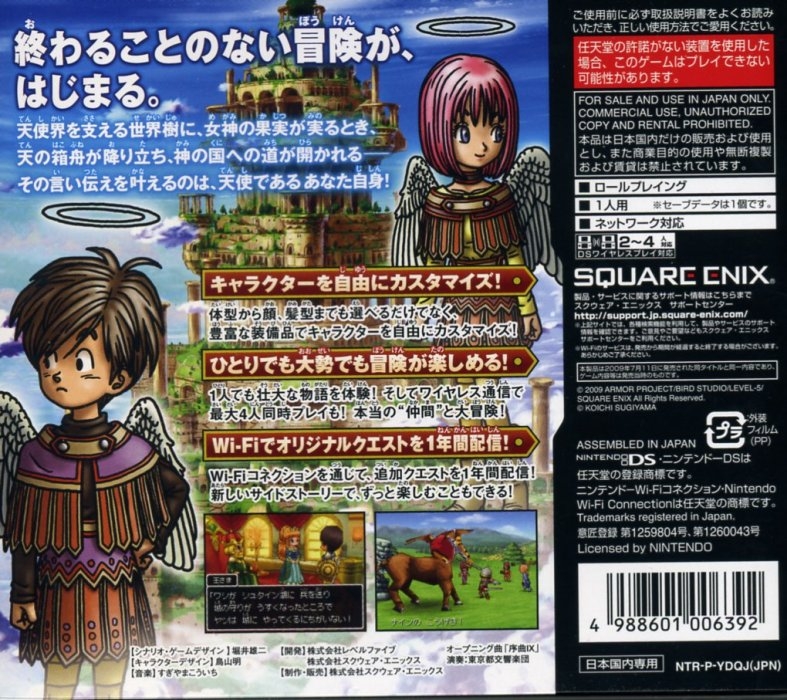 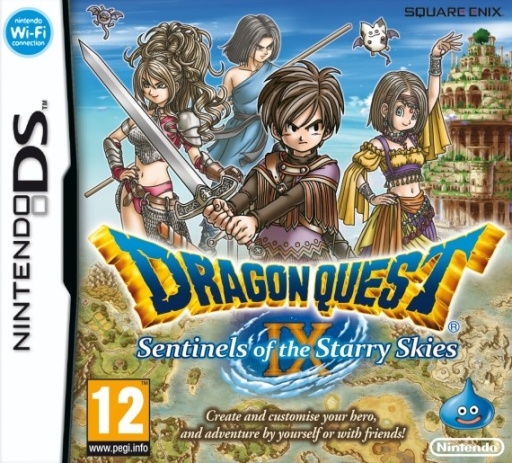 In Dragon Quest IX: Sentinels of the Starry Skies, players begin their adventure as a city guardian who is sent to retrieve a sacred tree’s fruits, which have the power to grant wishes. Players travel the world, conquer fearsome monsters and unravel an epic storyline. During their journey, players will encounter mighty opponents in fast-paced battles, and also interact with a colorful cast of characters. Dragon Quest IX: Sentinels of the Starry Skies contains special modes that let players share their adventure with others, allowing up to four players to team up via a local wireless connection and experience the fun of tackling challenging monsters and dungeons cooperatively with their own characters. Players can even leave the game active in their backpacks, pockets or purses and still interact with other players via an interactive “Tag Mode.” Information about players’ characters can be wirelessly transmitted to others, and treasure maps and customized greetings can be exchanged automatically by players who come within range of one another when their games are set to Tag Mode. Players looking to enjoy a variety of different game activities can take on special side quests. Some of these quests will be earned by progressing through the game, while additional quests will be made available for free download for players with broadband Internet access after the game launches, providing hours of additional content for virtual adventurers to enjoy either on their own or with friends. Some downloadable quests will continue the main storyline of the game, while others offer standalone missions. Before setting off on their adventure, players can create their own heroes, deciding how they would like their face, hair and clothing to look. As the story unfolds, players become stronger, smarter and more powerful, and can customize companions who join their group. Players will have fun discovering more than 1,000 pieces of clothing, armor, weapons and other items that will provide them with a unique appearance and special abilities. Players can also change the class of their character at any time, choosing from a variety of vocations that will affect their abilities and strengths in the game.