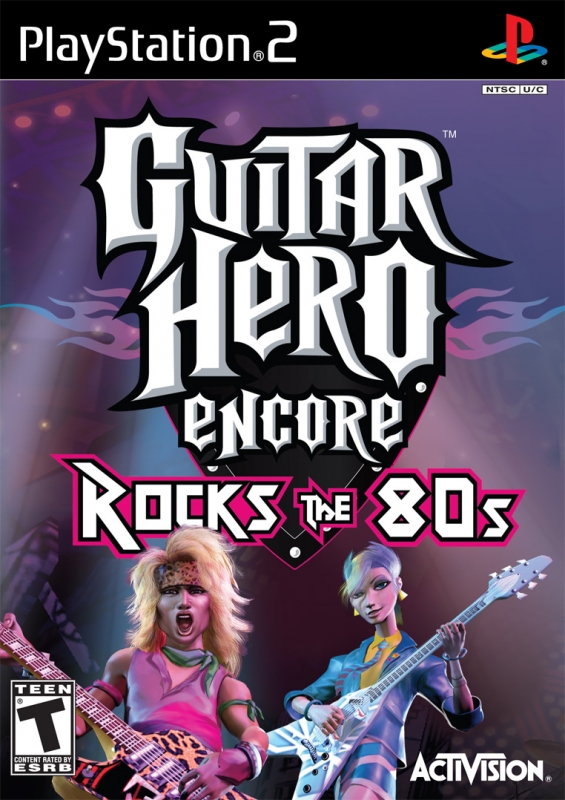 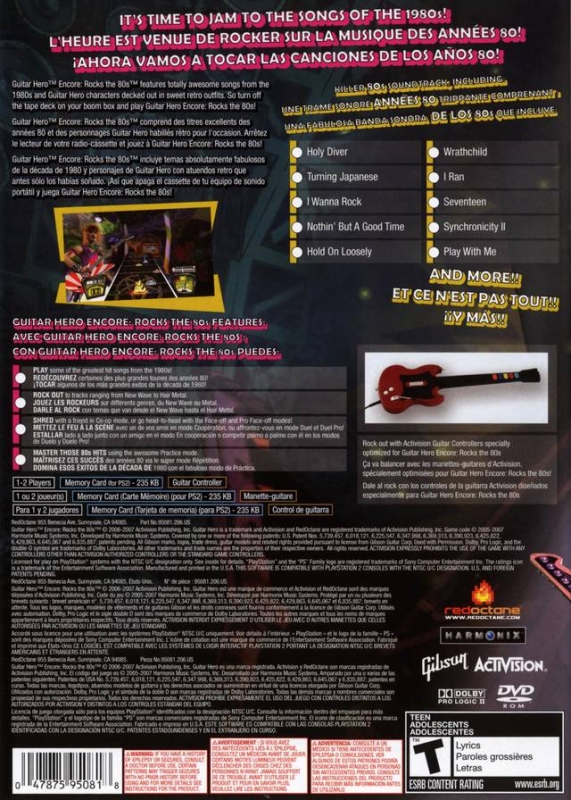 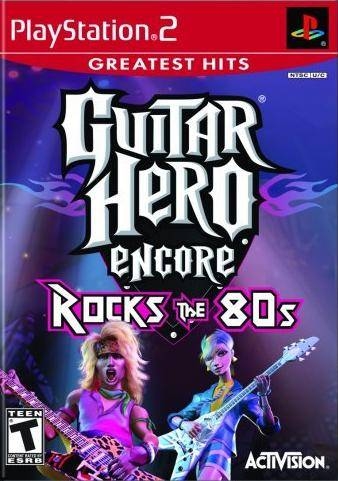 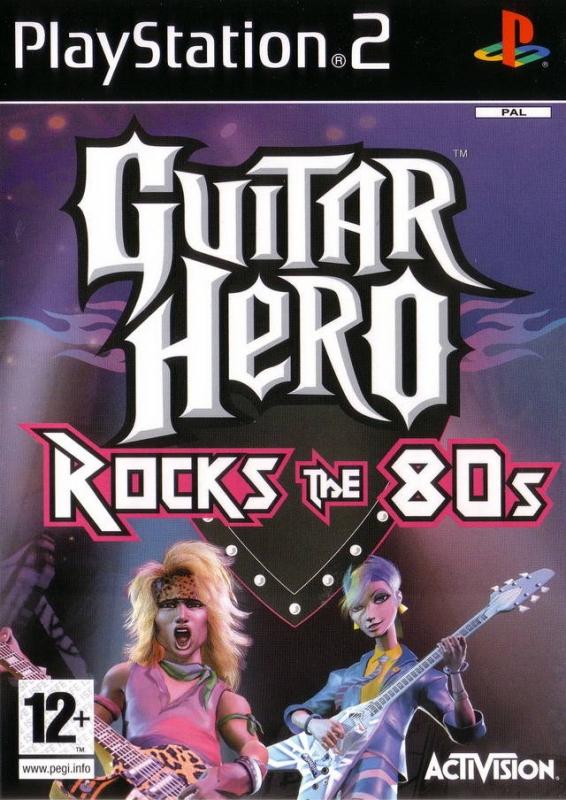 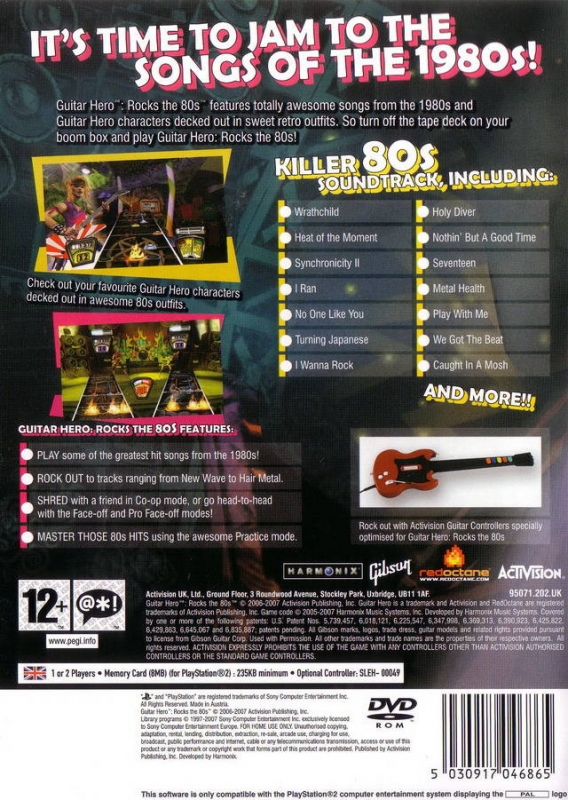 Play totally awesome songs from the 1980s with Guitar Hero characters decked out in sweet retro outfits. Turn off that tape deck on your boom box, pick up and play Guitar Hero Encore: Rocks the 80s!