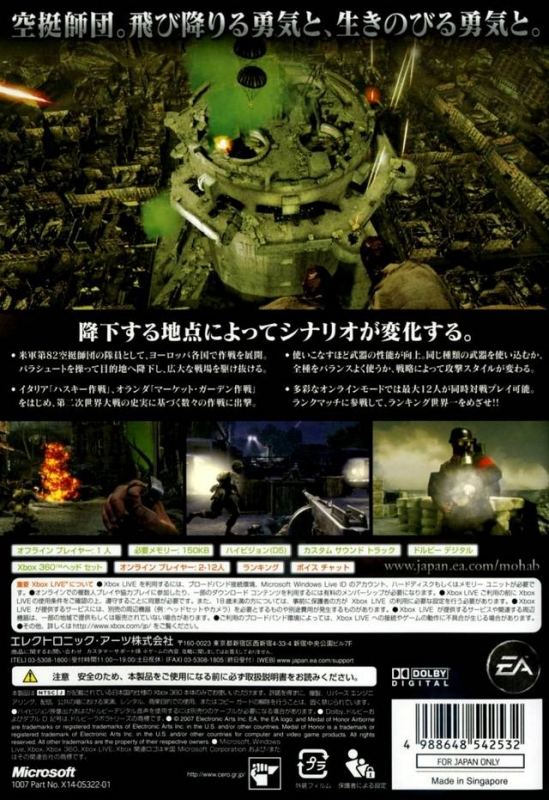 Take to the skies in Medal of Honor Airborne™, and drop into grueling ground attacks in a bid to turn the tide of World War Two. Begin each mission in the air above Axis-controlled battlefields, then make your mark in the largest airborne operations in history.

Starting with your jump from a C-47 transport plane, every choice you make can seal your fate. In the air, control your parachute to select a landing spot that brings you the greatest strategic advantage. Follow the green smoke to recommended landing areas where Allied forces will be waiting, or go it alone by landing on rooftops or balconies. But craft your strategy carefully. Every move you make—from your choice of landing spot to the enemies you engage on the ground—determines your success in the mission, and whether or not you are truly one of the Airborne elite.