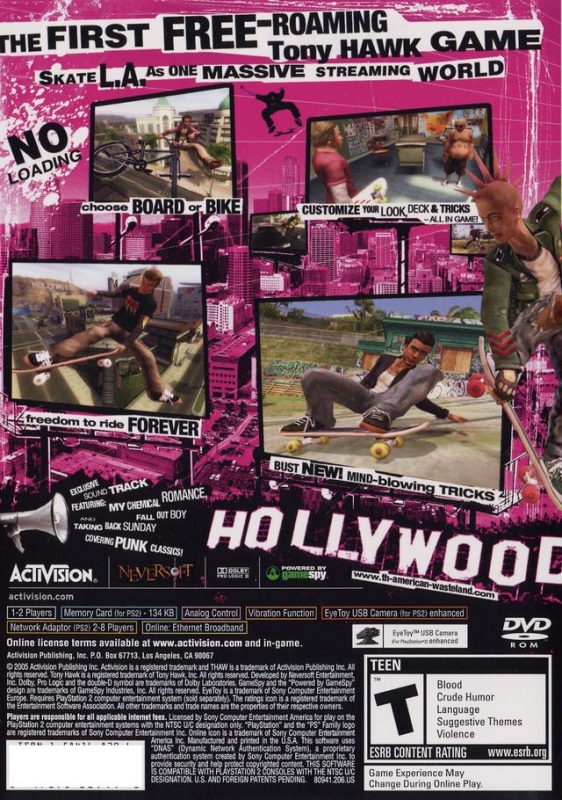 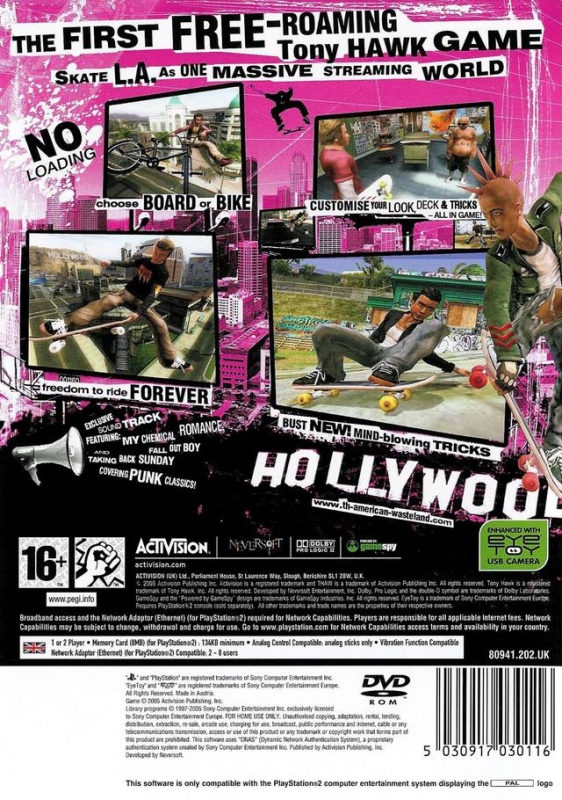 Get Ready for Unlimited Skating and BMX Biking in the Vast Wasteland of Skate Culture - Los Angeles!

* Freedom To Ride Forever: No load times. No level-based gameplay. In American Wasteland, you travel throughout the vast urban terrain of Los Angeles including Hollywood, East L.A., and other landmark areas without restrictions or repetition.

* Choose Board Or Bike: For the first time, you can choose to ride BMX bikes throughout the entire game, with all-new physics, a BMX specific control system and several BMX-specific goals.

* Customize Like Crazy: Enter and explore dozens of shops in game to customize your gear and your look! Check out skate shops, barbershops, tattoo parlors, and clothing stores as you accomplish goals and earn cash.

* Expanded Online & Multiplayer: For the first time ever, Xbox Live in addition to the PlayStation®2 computer entertainment system with online capabilities! New two-player co-op play available in Classic Mode, in which you can complete classic THPS goals alongside your friends.