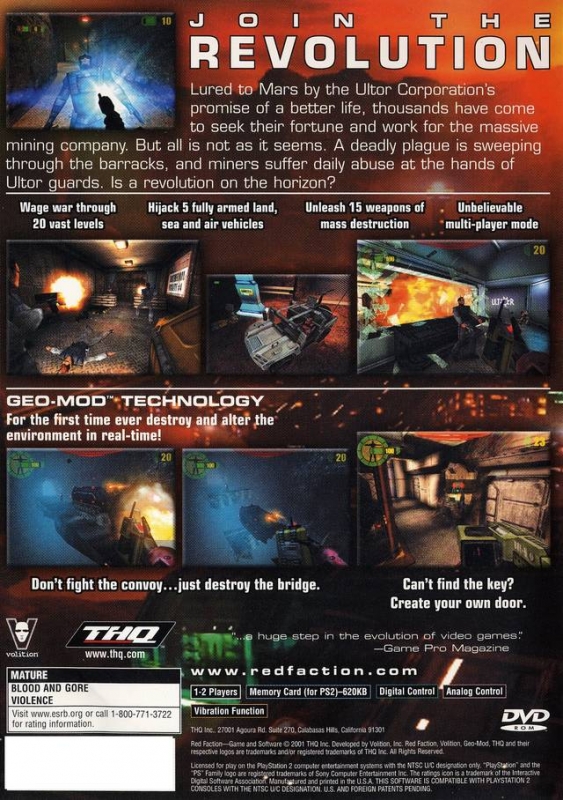 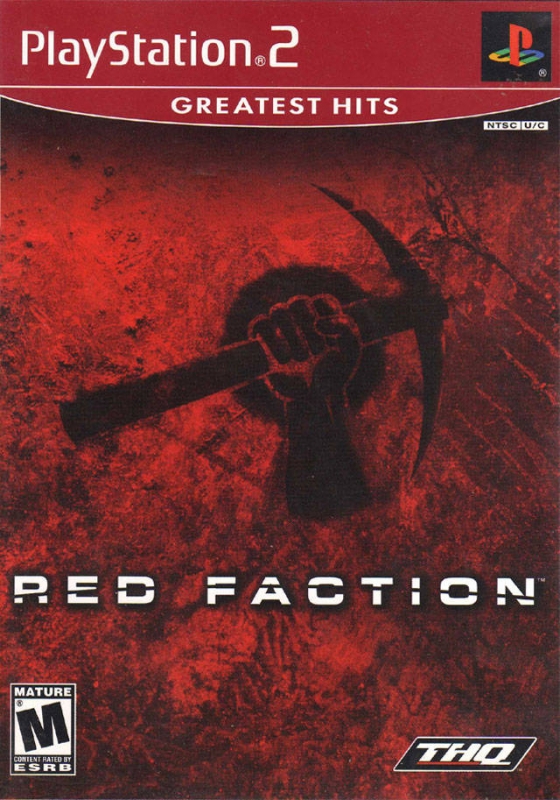 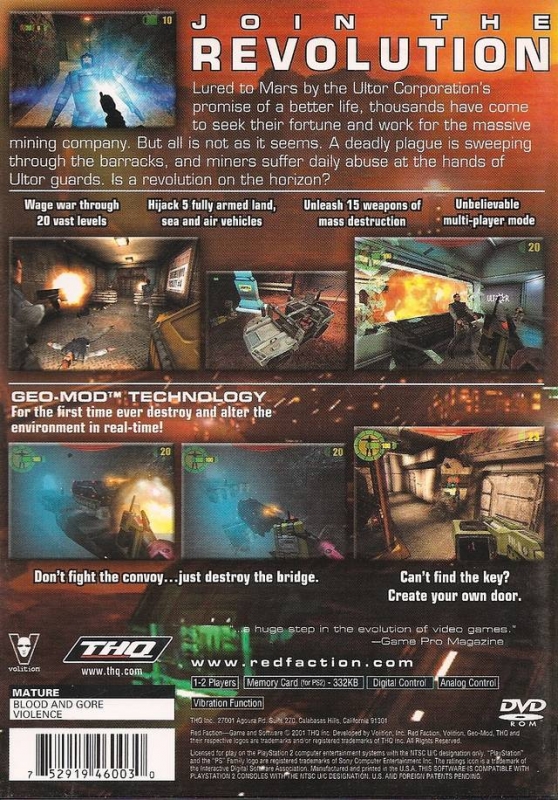 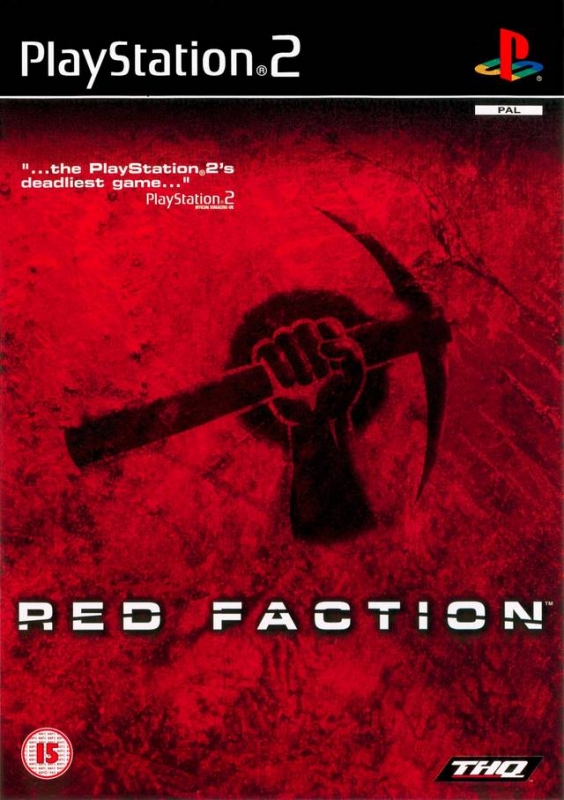 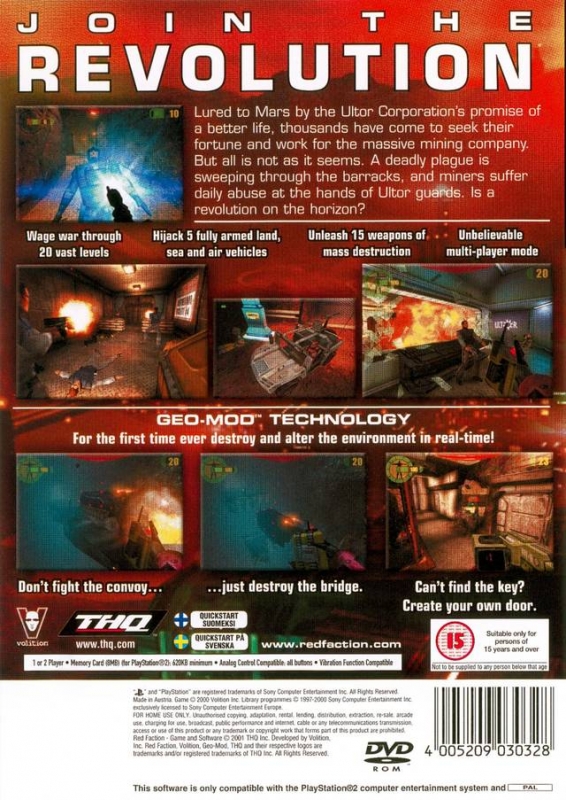 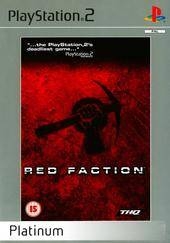 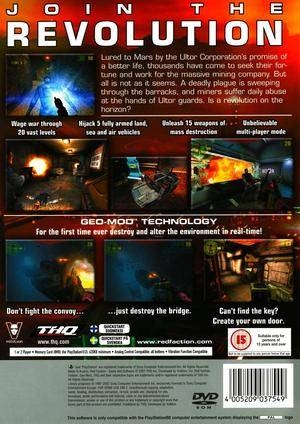 A revolution has begun on Mars, and you are at the forefront. As part of a rebellious organization known as Red Faction, you must battle through 20 levels that feature deep seas, natural caves, Ultor Corporation's bases, and more. Hijack five land, sea, and air vehicles--each equipped with weapons--including an ATV, a submarine, and a high-flying fighter. Help yourself to 15 weapons of mass destruction, such as railguns, rocket launchers, riot sticks, and heavy explosives. Stealth, cooperation, and action are all important to achieve success.