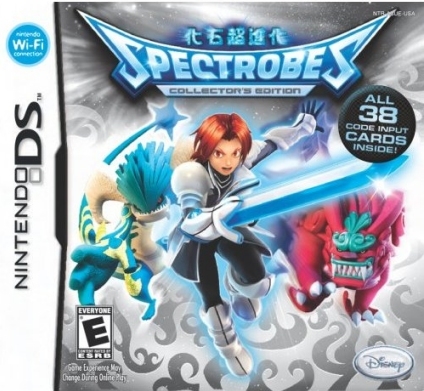 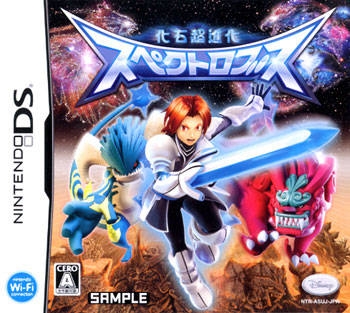 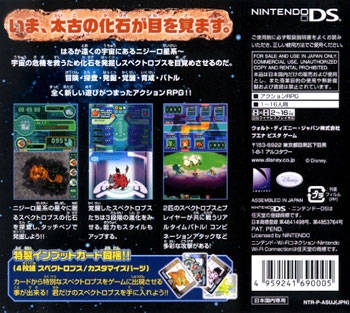 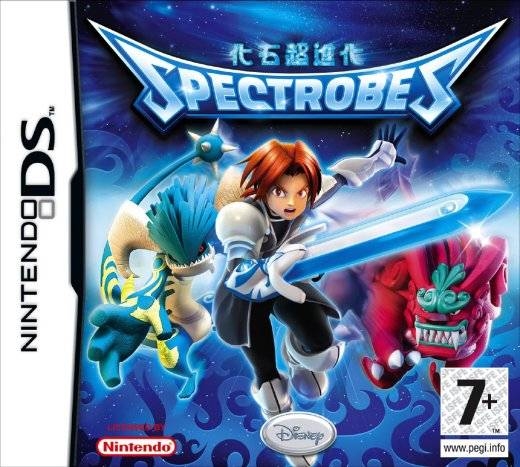 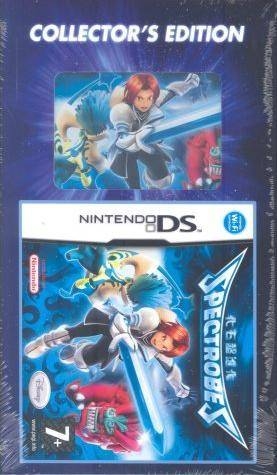 Spectrobes follows the story of two planetary patrol officers, Rallen and Jeena, who embark on missions as they travel throughout the Nanairo planetary system collecting mysterious fossilized creatures known as Spectrobes. The Spectrobes hold the key to defeating the merciless Krawl from achieving their goal of galactic domination. Players will search seven planets to find and acquire fossils and minerals. Once a fossil has been located, the player will delicately excavate the fossil from the ground using the stylus on the touch screen to access a variety of tools from different-sized drills to an acidic solvent that melts away debris. When dust particles cloud the specimen, players can clear the surface by blowing on the microphone.

Once fossils are obtained, they are awakened in Rallen's spaceship laboratory using an instrument that relies on the player's voice. Maintaining the correct volume and pitch will awaken fossils to become Spectrobes. (If players prefer to remain silent, they can carefully blow on the microphone, creating varying sounds that result in a more challenging but equally rewarding result.) As creatures are obtained and awakened, they'll be nurtured with minerals in an incubation room to evolve into stronger creatures. The player will then need to select two powerful Spectrobes to accompany Rallen into epic battles against the enemy Krawl.

Junior Planetary Patrol officers Rallen and Jeena have discovered strange, prehistoric creatures called Spectrobes that possess extraordinary powers. The Spectrobes hold the key to defeating the Krawl, a vicious and merciless force intent on destroying the galaxy. To defeat the Krawl, our heroes must excavate, awaken and train as many Spectrobes as they can before it's too late.