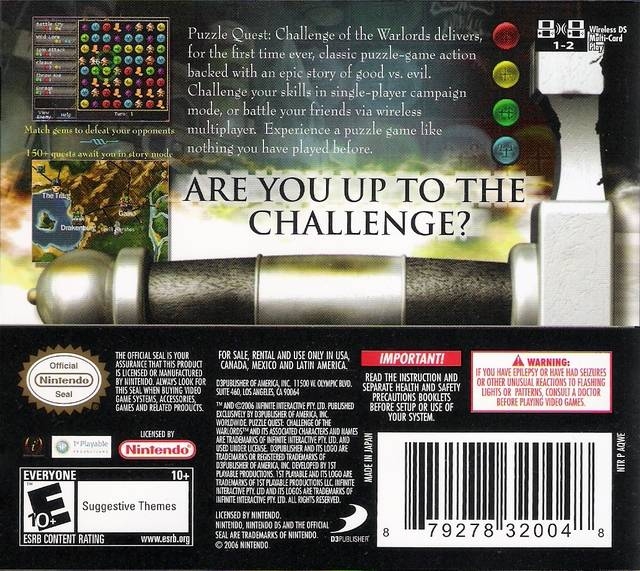 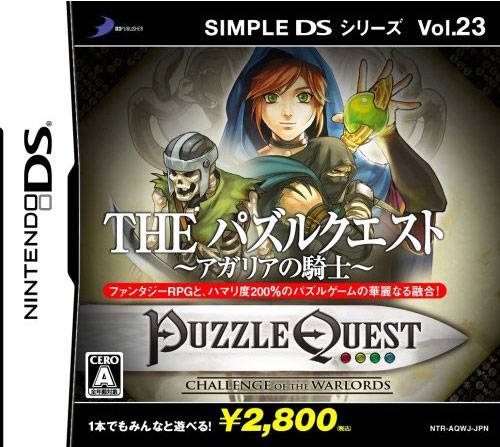 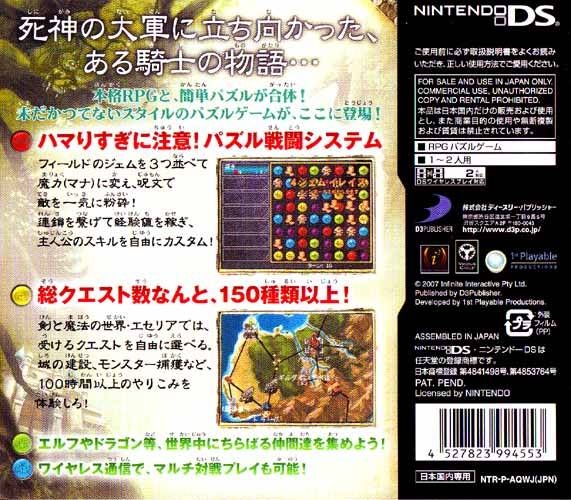 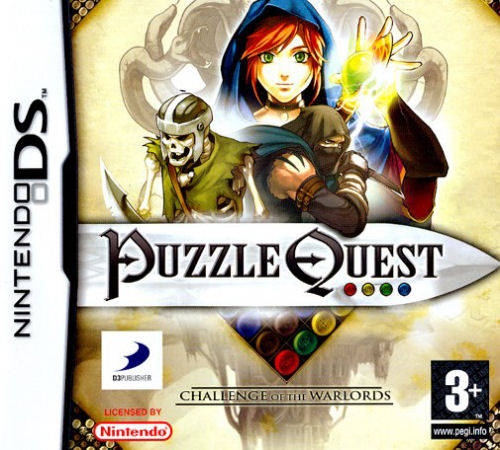 Designed specifically to entertain both casual and hardcore gamers with its deep immersion, five to fifteen minute play sessions and turn-based play style, Puzzle Quest: Challenge of the Warlords incorporates strategy, role-playing elements and a persistent storyline in a puzzle board setting. Set in the Warlords universe, the game challenges players to create, develop and customize the ultimate hero in order to save the land of Etheria from evil Lord Bane. To advance their character, players battle in turn-based, head-to-head "match-three" style puzzle games in one of three distinct gameplay modes: Single-player allows gamers to battle against the AI as they embark on over 150 challenging quests, Instant Action allows gamers to jump in and immediately play continuous battles to level-up characters without participating in quests, and Multiplayer allows gamers to battle live opponents. Victory will advance the player’s hero, magical arsenal, creature companions and more - ultimately rewarding gamers at nearly every turn and providing endless hours of replayability.