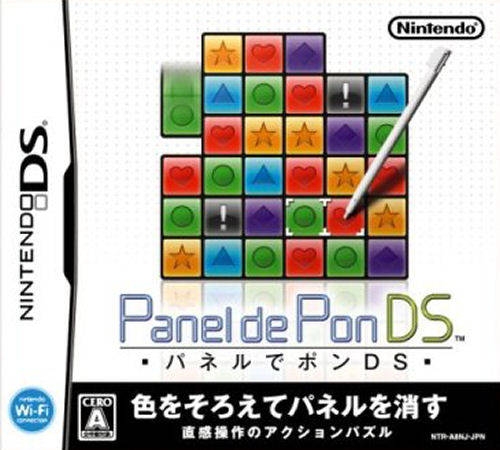 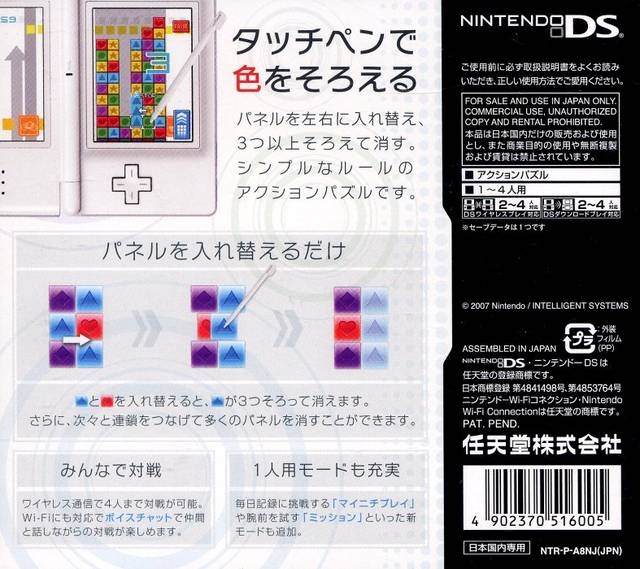 How to progress through the game: Planet Puzzle League features different-colored blocks on the playing field, and a two-block cursor that is controlled by the player. The player puts the cursor on blocks and drags left or right with the stylus to swap their positions. When three or more of the same-colored blocks line up, they disappear. Skilled players can use this to match multiple tiles without a break, creating combos and chains for bonus points. If the stack reaches the top of the screen, players have a few seconds before the game ends.

Modes: There are six single-player modes: Puzzle, Endless, Time Attack, Garbage, Clear and Vs. Com. In addition, there is a daily mode where players play three two-minute games each day. This mode tracks a players' overall scores on a graph, letting them view their progress over a period of weeks and months. The game also sports a robust training mode, with dozens of tutorials and demos to experience. Local wireless mode lets up to four players compete in three different games, while the Nintendo Wi-Fi Connection mode has the same number of games, but is for two players only.

Special powers/weapons/moves/features: Gamers can battle against other players in a wide variety of modes via Nintendo Wi-Fi Connection. Novice mode allows newcomers to the series to try it out in a friendly environment. Once they get enough wins under their belt, they will be unable to access Novice mode. Players also can take on strangers from across the globe, or compare scores with people who share their birthday. Planet Puzzle League also sports full voice chat functionality, so players can talk to their friends while they play (players must exchange Friend Codes to chat).