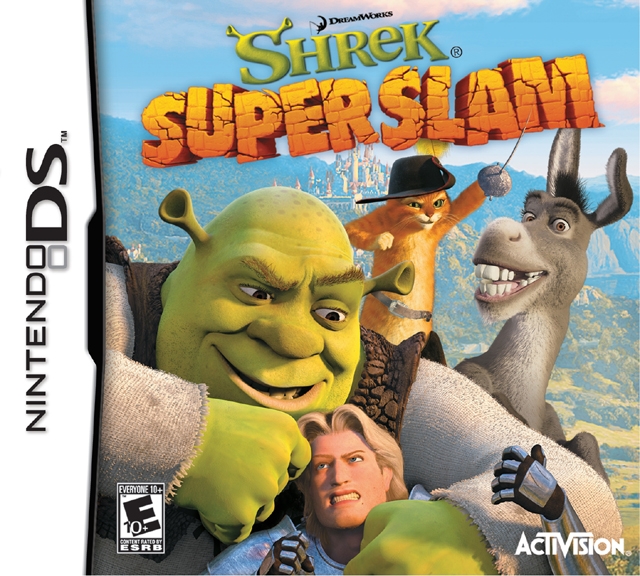 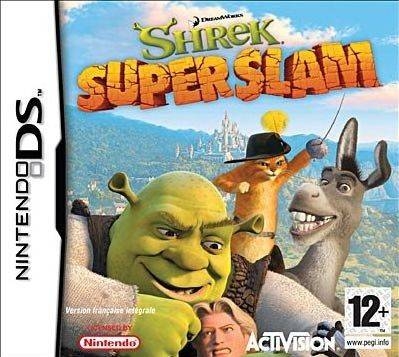 Slam, smash, beat and brawl your friends in Shrek SuperSlam - the most twisted fighting game ever! Play as 20 characters from the Shrek universe, including Shrek, Donkey, Puss in Boots, and the villainous Prince Charming. SuperSlam your opponents through windows and walls in 16 fully destructible environments. Run for cover when characters unleash their signature fighting moves, like Shrek’s disgusting Green Storm (better plug your nose!) and Puss in Boots’ irresistible Cute Attack.
And weapons like the Big Fairy Bazooka and the Hammer of Smiting give you endless ways to blast your opponents into oblivion. Up to four players.