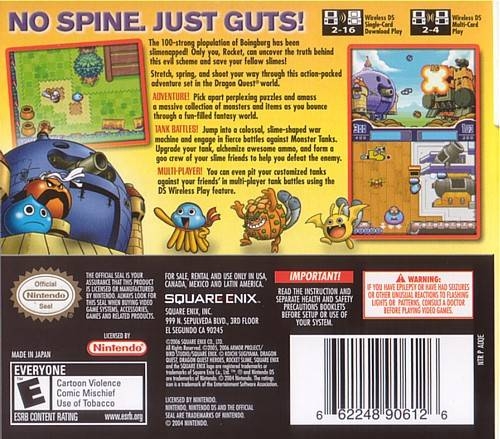 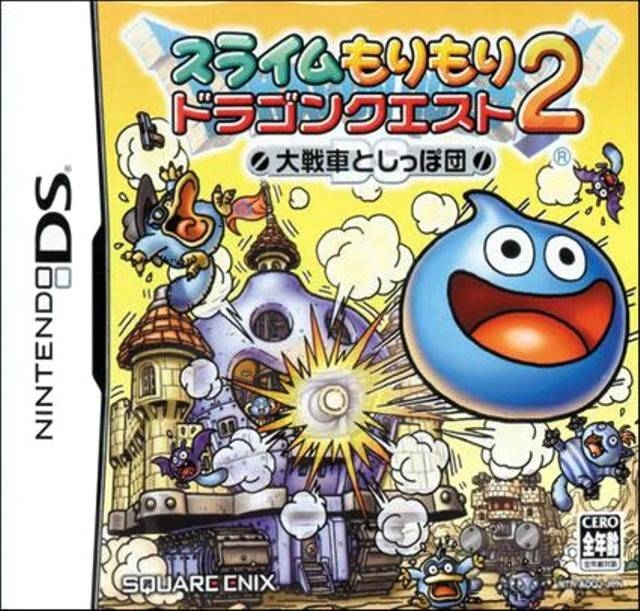 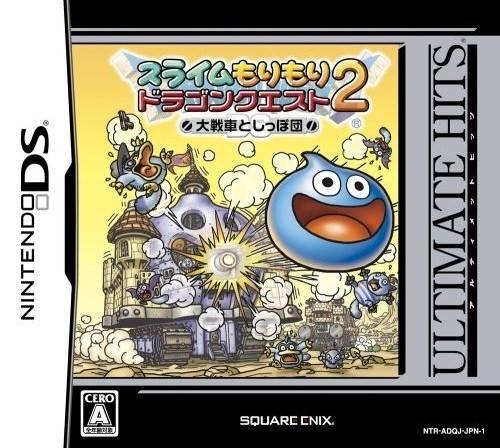 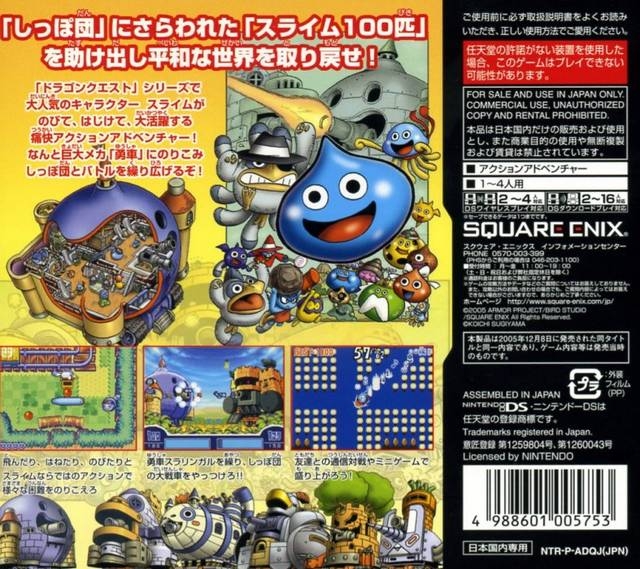 The latest game from the creative minds behind the 2005 RPG classic, Dragon Quest™ VIII: Journey of the Cursed King™, has arrived on the Nintendo DS. The hero of this brand-new action-adventure is a slime—one of the most popular monsters from the Dragon Quest series. The game is set in the kingdom of Slimenia, a peaceful land that is suddenly invaded by a mysterious cartel called “the Plob,” who then proceed to kidnap all the slimes in the capital city of Boingburg. Our protagonist, Rocket, is the only slime left behind, and must embark on a journey throughout Slimenia to save his friends and uncover the Plob’s nefarious plot!

Bounce, Stretch, and Carry
The adventure stages consist of our hero bouncing and stretching, as well as carrying various objects on his head, while solving the mysteries behind each area, and rescuing his captured slime friends along the way. Simple, streamlined controls allow players of all ages and skill levels to take part in the action with ease.

Fierce Tank Battles
Each adventure stage culminates in Rocket hopping aboard a colossal slime-shaped war machine called the Schleiman Tank and battling it out with the enemy’s Monster Tanks. Customize tanks by collecting a vast array of weapons and items. Call upon allies, each with their own individual personality and abilities, to aid in the heated tank battles. Even shoot your fellow slimes so they can infiltrate and sabotage the enemy’s Monster Tank! Pit tanks against a friend’s in exciting player-vs.-player action, using the Nintendo DS wireless multiplayer game feature!