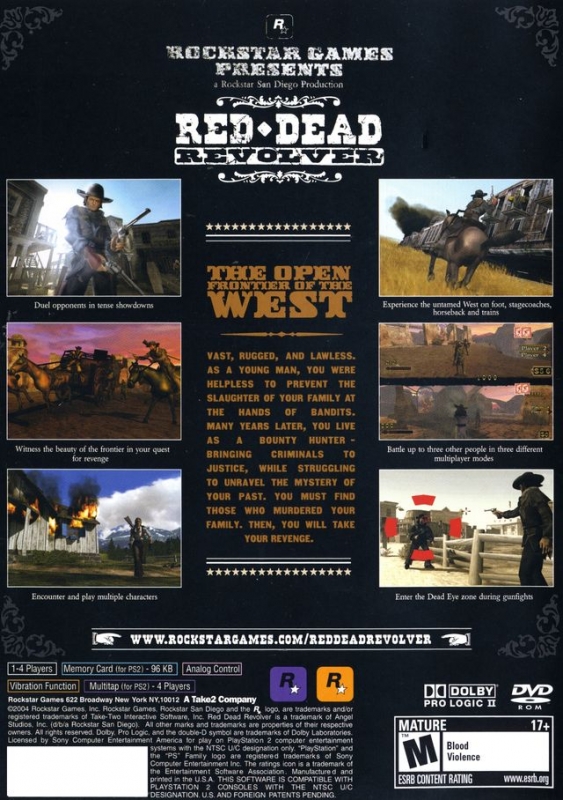 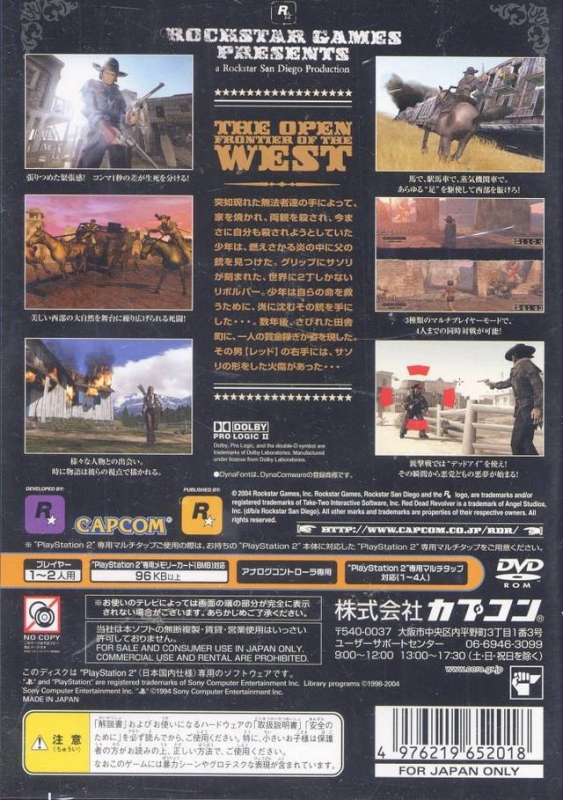 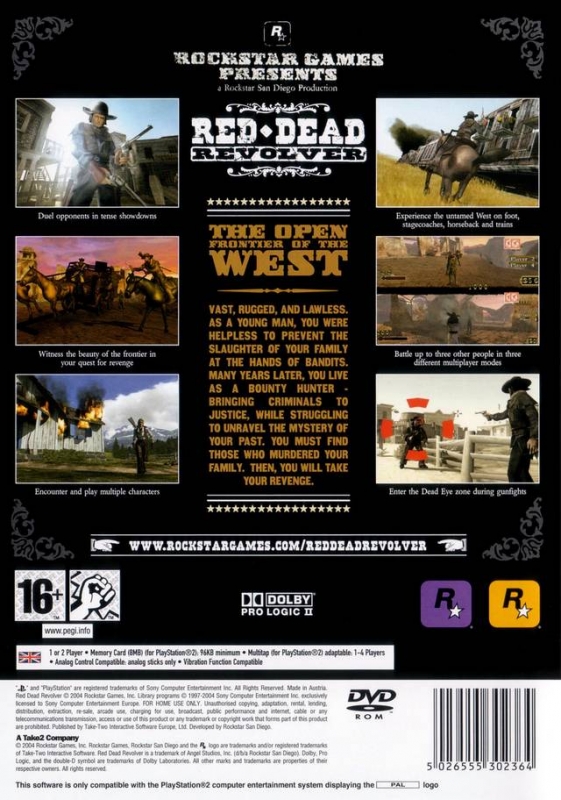 Meet Red Dead, a cigar-chomping, tough-talking sharpshooter with a penchant for ponchos and a thirst for vengeance. He didn't always have the macabre rhyming moniker; as a youngster, Red witnessed the slaughter of his entire family at the hands of ruthless Mexican general Diego and his posse of bloodthirsty bandits. After retrieving his father's trusty pistol from the flames that eviscerated his family home, Red honed his skills until he was ready to exact bloody revenge.

As the adult Red, it's your duty to lead the embittered cowboy through the dusty, tumbleweed-strewn towns and prairies of the Wild West and reduce its sizeable criminal population.

Red Dead Revolver comes bursting out of Rockstar's saloon doors with guns blazing. It's a third-person adventure that sees you dispensing hot lead justice to the hostile scumbags who want to see the vigilante living (or, rather, not living) up to his name.

Red's arsenal isn't limited to his six-shooter, either; over the course of his quest you'll find over 30 different armaments, including rifles, shotguns and dynamite. The drifter only has so many hands however, so you can only keep hold of one side arm, one long arm and one throwing weapon at a time. Pressing the R2 button will activate Red's 'Dead Eye' ability, which slows everything down to a crawl, giving him the chance to take out multiple enemies in what would otherwise be the blink of an eye.

The authentic Western flavour is capped off by the wide variety of environments; dust-towns populated by rickety wooden buildings, windswept prairies, dingy saloons... all the classic elements are present and correct.