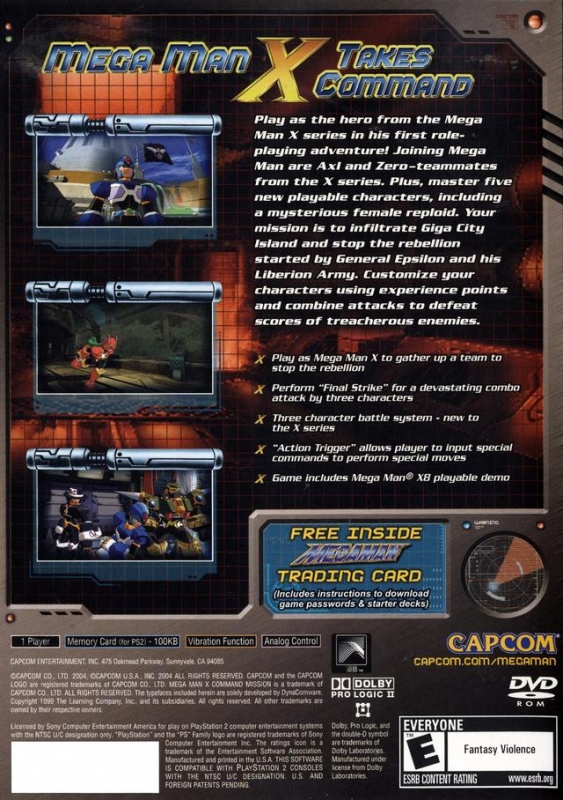 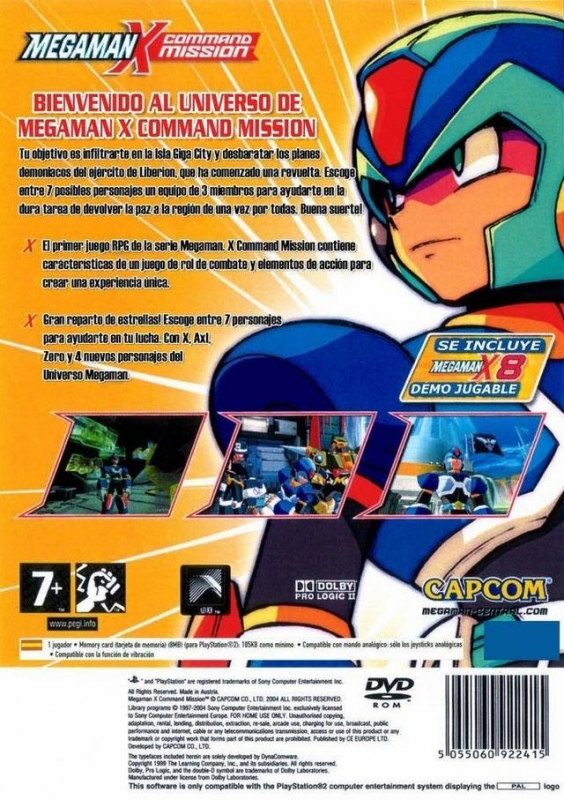 In Mega Man X Command Mission, Mega Man must infiltrate Giga City Island to thwart the evil plans of the Liberion Army who have initiated a riot on the isle. By choosing from a selection of seven different playable characters, gamers can construct a three-member attack force using Mega Man, Zero, Axl, or characters new to the Mega Man universe, to help bring peace to the region once and for all. It is up to gamers, to create a dream team of Mega Mans allies and reploid friends to stop the destructive battle that has begun to wage itself on Giga City Island.
Mega Man X Command Mission will feature exciting action RPG-style combat and a revolutionary "Cross Order System" that allows flawless execution of special and finishing attack moves on enemies. Character building will be a crucial aspect of the game. Using super-energy metals called Force Metals, weapons, abilities and attack moves can be upgraded, vastly improving the overall performance of characters.