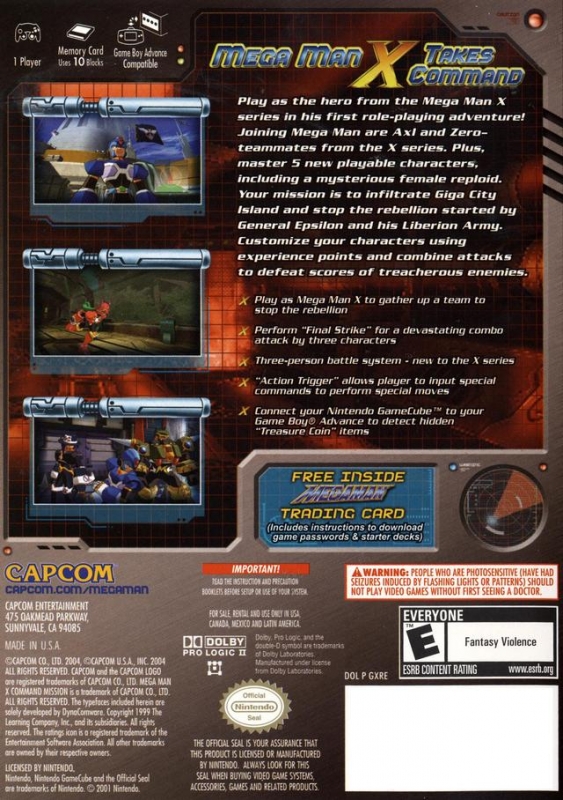 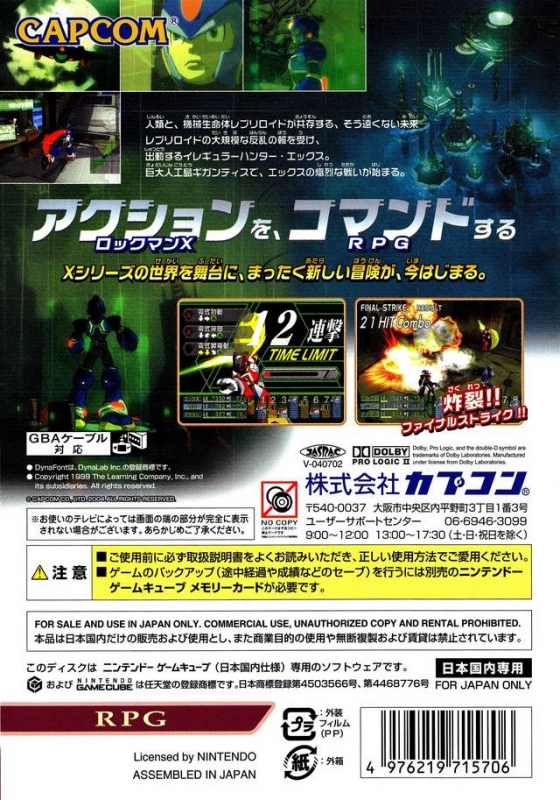 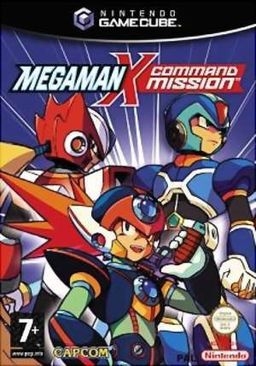 In Mega Man X Command Mission, Mega Man must infiltrate the island of Gigantis, a massive facility constructed for the sole purpose of mining a mineral substance called Force Metal, and stop a rebellion started by a an army of renegade Reploids. By choosing from a selection of seven different playable characters, gamers construct a three-member attack force using Mega Man, Zero, Axl, or one of five characters new to the Mega Man universe, to help bring peace to the region once and for all. It is up to gamers to create a dream team of Mega Man's allies and Reploid robot friends to stop the destructive battle that has begun to wage itself on Gigantis Island.

Mega Man X Command Mission has new and exciting features that make this RPG play like a true action game; including the revolutionary "X Order System" which allows flawless execution of special and finishing attack moves on enemies. There are plenty of ways to do battle: 1) Chain main and sub-weapon attacks to perform a super-powerful "Final Strike" finishing move; 2) During battle, when the player's 'Weapon Energy' gauge is full, they can activate an "Action Trigger" which allows their character to perform a specialized move or attack; 3) If the action starts to get a little too close for comfort and the player requires a bit of extra power, they can enter "Hyper Mode". For a set number of turns within this mode, their character wears stronger armor and can perform different moves; 4)Using a super energy metal called "Force Metal," players can upgrade weapons, abilities, and attack moves, greatly improving their character's capabilities.