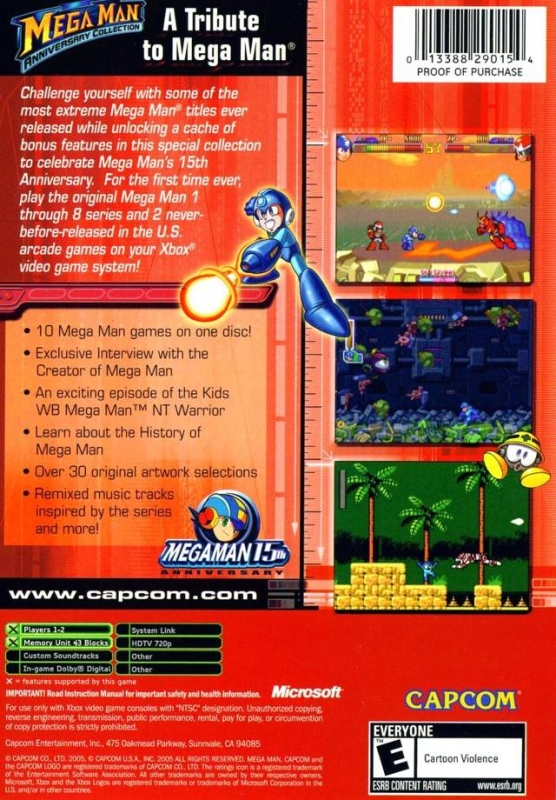 Challenge yourself with some of the most extreme Mega Man titles ever released, while unlocking a cache of bonus features in this special collection celebrating Mega Man's 15th anniversary. For the first time ever, play the original, eight-game Mega Man series, plus two never-before-released in the U.S. arcade games on your Xbox® video game system!